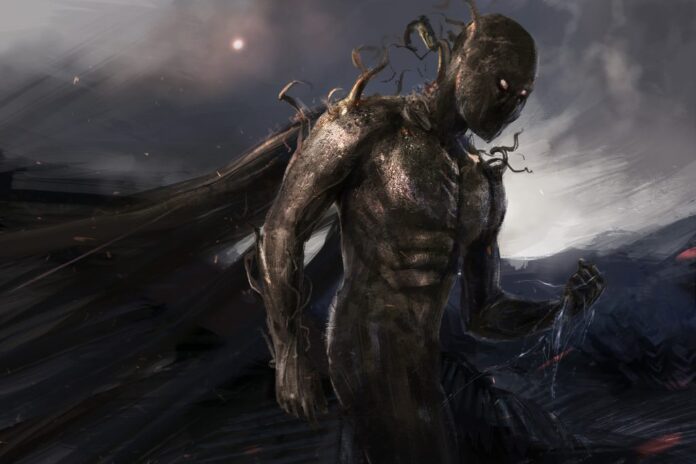 Attack On Titan needs no special introduction because this web series has already a separate and huge fan base. Finally, season 4, part 2 release date is out and fans are eagerly waiting for Sunday, January 9, 2022. The recently released trailer and launch date have also stirred the expectations of viewers. Huge titan is among the highlights of upcoming part 2 despite it is not being the largest character of the AOT series. Let’s have a look at its basic characteristics, abilities, history, story and a lot more.

Who is Huge Titan Actually

When we talk about huge titan, it means Colossal Titan. It is a member of the Nine Titans and the main antagonist of the Attack on Titan series’ first three seasons. This Titan is famous for its immense size and extensive control over emitting the steam issued by its Titan body, as well as the user’s ability to manage the power of the blast discharged by its metamorphosis. Armin Arlelt is the current possessor of this character. The Colossal Titan originally appeared in 845 during the Wall Maria fall.

Colossal Titan is huge but not the largest one. Since the release of the first season, interesting characters of different sizes are appearing and impressed with their abilities. Here is a list of the top 10 biggest titans. Check out where Colossal Titan grabbed its position:-

Among this list of top 10 tallest titans, Rod Reiss is the largest character appeared in the released episodes so far. Let’s have a brief look at its features.

Knowing Rod Reiss and its comparison with Huge Titan

The Reiss Titan was one of the series’ most monstrously intimidating enemies, standing at a terrifying 120 meters tall and trudging through Paradis’ landscape. It was now twice the size of the Colossal Titan and eight times the height of the Attack Titan.

Rod’s spine was injured at the time of his change, thus he couldn’t just step around Paradis’ walls before obliterating the entire city, which was fortunate for the heroes. In addition, his entire front was defaced, making him vulnerable to explosives. Long limbs and dark-colored skin are the two characteristics that we can find similar between Rod Reiss and Huge Titan.

Everything about Huge Titan You Need to Know

When transforming, all Titans generate massive heat and energy amounts, but the Colossal Titan takes it to the next level. Its owner can use the energy released during the change to achieve a variety of outcomes. When Bertholdt Hoover invaded Trost, for example, his transformation resulted in a wind blast that knocked a few cadets over the Wall. Bertholdt, on the other hand, released an amount of energy equivalent to a small nuclear explosive during the Battle of Shiganshina District, which devastated the district’s area and set the nearby areas on fire, killing a large number of soldiers from Scout Regiment. Furthermore, the transformation’s tremendous force caused a gigantic mushroom cloud of rubble and dust.

The Huge Titan is known for its enormous size, reaching a height of 60 meters, adequate to gaze over the tops of the Walls. Its massive body mass provides it with tremendous physical strength, yet its enormous bulk causes it to move slowly. With a single kick, it can smash Wall Maria’s outer gate, rocket entire houses into the air, and launch Eren’s Attack Titan from the ground to the top of Wall Maria. It’s worth noting that the arms are extremely disproportionately large in comparison to the rest of the body, implying that they’re weaker than the legs. Armin also exploits the Colossal Titan’s immense size and strength to assure naval port Marleyan ship’s destruction after his transformation by walking on them.

The Colossal Titan’s particular power appears to be substantial control over the amount of steam released by the Titan form. Titans exude steam from their wounds in normal circumstances, and their corpses totally evaporate into steam after sustaining a fatal blow. The Colossal Titan has the ability to eject massive amounts of steam in order to keep people away from its nape. This ability can be put to a multitude of uses. By ejecting massive amounts of steam all at once, the force and pressure of the steam will repel and burn anyone who is not set in place in close proximity to the Huge Titan. In case of getting threatened, the offenders will be burnt by the Titan’s enormous heat all the time.

Prolonged use of powers takes its toll on the Titan, gradually reducing muscle mass until only the skeletal framework remains. When necessary, the Colossal Titan has the ability to evaporate its entire body to disappear quickly.  This places the user in a vulnerable position, with no way of stopping a fall from a height beyond the capacity of the titan form. However, if the user is using ODM gear, this disadvantage can be mitigated. It happened after the Huge Titan made its appearance in Trost and a massive amount of steam was unleashed to prevent its neck from the reach of Eren Jaeger, allowing Bertholdt using 3d maneuvering gear to climb down the wall.

How Did They Come Into Existence

When Bertholdt titan went through transformation outside the southern gate, terrifying the Shiganshina populace and making a massive hole in the southern gate, the Colossal Titan made its first appearance (outside Wall Maria). Consequently, the Pure Titans have wandered outside to invade Shiganshina and begin feasting on the city’s many residents, including Carla Jaeger. During the turmoil, Bertholdt joined his fellow last surviving soldiers in infiltrating the fortified region. After the first appearance, it took 5 years for  Colossal Titan to reappear.

All Categories of Titans

Including the huge titan, a total number of 12 titans exist in the Attack On Titan web series. We are classifying them on the basis of their characteristics:-

What’s so unique about Colossal Titan?

When Bertolt attacks Trost District metamorphosis, created a powerful wind blast. Users of the Colossal Titan can control the energy generated during their transformation to create numerous effects. During the Battle of Shiganshina District, the Colossal Titan was also capable of creating a mushroom cloud of dust and rubble, which killed several Survey Corps troops. The Colossal Titan is also recognized for its massive size and physical capabilities, as it can topple Wall Maria’s outer gate with a single kick, as its name suggests.

The Colossal Titan also has the unique ability to regulate the steam emitted from its body, which it uses to burn and deflect strikes in close quarters. Eren engaged in a hand-to-hand struggle with Armin in his Colossal Titan form during his closing minutes in a fight against Armin and Mikasa. Armin manages to immobilize Eren long enough for Mikasa to enter his Titan’s mouth and kill him before kissing him farewell, despite Eren’s superior physical and strategic prowess.

Despite the enormous size and strong offensive abilities of a huge titan, it was defeated by Eren. Basically, Eren is complicated, highly powerful, and possess multiple appearances including:-

Eren evolved from human to Titan form after inheriting  Attack and Founding Titans form from his father. Later, after eating the younger sister of Willy Tybur, he also possessed War Hammer Titan form. Eren’s Attack Titan on the ground below is nothing more than its tough shell, and in his human form, Eren swings at the Colossus Titan, yanking Bertolt from the nape that caused the defeat of Colossus Titan. If you compare the offensive and defensive abilities, Founding Titan is the strongest one. Eren possess Founding Titan powers, so he managed to defeat Huge Titan.

Are you too curious to know what could be possible surprising twists in the upcoming part 2 of season 4? It is already considered as the last season of AOT so all the fans are expecting jaw-dropping twist story plots. After doing some research, we have concluded some interesting and possible spoilers. Have a look and give your views on them:-

Possible Role of Huge Titan in Part 2 of 4th Season

Right now, Armin is controlling Huge Titan who is not a violent character by nature. Even with his innate abilities, the Colossal Titan is still a force to be reckoned with. It stands over even the highest of the other Shifter Titans, and its blazing steam makes it dangerous to approach. In Season 4, we only witness the Colossal Titan in action against humans, not against other Shifter Titans. Perhaps it’s also because of the new wielder.

During the Liberio Raid, Armin transforms in the middle of the docks, demolishing them as well as the surrounding homes and murdering countless innocent people. The only other time we see the Colossal Titan is in a flashback to when the residents of Paradis cooperated with the volunteers from Marley when the Titan is shown beaching their ships. Armin attempted not to employ the Titan’s full strength even when he was utilizing it, knowing how terrible it can be.

The upcoming part 2 of season 4 is the most awaited release for Anime lovers worldwide. Just like the previous seasons AOT, it is probably going to be released on Funimation, Netflix, Crunchyroll, Hulu and Amazon Prime. Huge Titan with its 60 meters size, steam emission and excellent controls on actions is surely going to surprise audiences.  Colossal Titan was considered as one of the biggest threats at the beginning of this series but various other Titans overtook the legacy. However, Reiner is still a strong contender and battles in the second part of season 4 are surely going to be fierce. Thus, the possibilities of unexpected twists are highly expected.

Rod Reiss seems to be the game-changer character because of its humongous size approximately double as compared to Huge Titan. Whether you hate or love Eren, his aggressive plans are going to be the biggest entertainment factor. Just wait for the official release!

Factors to Consider Before Attending Upcoming Events in Boston