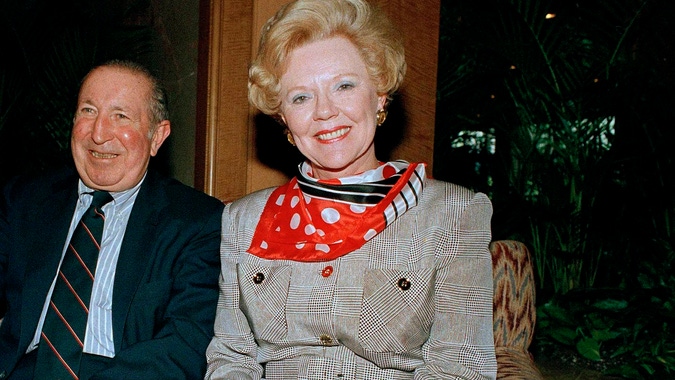 The coronavirus pandemic has led many Americans to consider their own mortality and plan for the future.

One sign of this trend: the number of people using will-writing websites surged by as much as 200% in late March, when the vast majority of states ordered social distancing measures.

As a scholar of philanthropy who used to raise money for nonprofits, I see an opportunity even at this difficult moment. Few Americans consider leaving money to charity when they declare who should inherit their assets after they die.

At the same time, many nonprofits face a dire situation as a result of the pandemic. Demand for their services is growing while in many instances their revenue is plummeting. In the case of shuttered museums, symphonies and theaters, they are also missing out on money from ticket sales that they need to survive.

Only 32% of Americans have a will, according to recent estimates, down from 42% a few years ago.

But the share of the population planning to leave money to charity is far smaller: only an estimated 5% of Americans. This is a tiny sliver of the people who support nonprofits in a given year. According to a recent Gallup poll, some 73% of Americans made a charitable donation to a religious institution or another charity last year.

The most common way to make what is technically called a “planned gift” is a bequest – a donation to a nonprofit noted in someone’s will. While the intention is expressed during the person’s lifetime, charities get the money or other assets after they’ve died.

Even though the numbers participating are small, bequest giving has quadrupled to nearly billion annually over the past 40 years, according to the annual Giving USA report.

That’s almost 10% of all the money going to charity each year. But I see plenty of room for growth.

Many ways to give

Sometimes these donations are unexpected. But many donors prefer to personally notify the nonprofits they’ve selected.

It’s hard to get precise data on these gifts, because the IRS doesn’t collect it except from the estates of the wealthiest Americans.

There are other ways to leave money to charity after death besides bequest clauses in wills. All or part of an Individual Retirement Account, or IRA, as well as 401(k)s and other employer-sponsored retirement plans can be left to charity. The same goes for many other kinds of assets, including life insurance policies, trusts, real estate and tangible personal property, like artwork.

My research shows that writing a will, especially when it calls for leaving money to a charity, actually puts peoples’ minds at ease. It’s a way people make meaning of their lives.

“I’ve been able to express my appreciation for the organization and my commitment to the cause beyond my time here,” is how one donor I’ll call Diane put it during our interview about her motivations for making a planned gift.

In a national study of planned gift donors last year, my research team and I found that the average age for writing a first will is 44 years old and that over half of the donors surveyed for the study established their first planned gift at the same time as their first will.

For those who make gifts, it’s not a difficult process. A total of 68% of the 862 donors we surveyed said making their planned gift was “very” or “somewhat easy.”

Many people think that writing a will is only for the very rich, but really anyone with a family, home, or bank account should have one. You don’t have to be very rich to make bequests. Some middle class donors write charitable gifts into their wills that exceed 0,000.

For many donors, planned giving enables them to make a larger gift after death than their finances would allow them to do during their life.

Based on my team’s research, we know that donors who make planned gifts are often long-time supporters, have worked or volunteered for the organization they’re supporting and believe in its mission. And because nearly 92% of the people we surveyed consulted an attorney when they wrote their will, it’s important that lawyers and financial planners at least raise the topic.

For nonprofits, estate gifts often come from those with long histories with the organization. On average, donors we surveyed had been supporting the organization that would receive their largest planned gift for 20 years.

The coronavirus pandemic and resulting financial crisis mean that many people will have more trouble than usual giving to charity. I believe that when anyone drafts or revises their wills, it’s important that they discuss how to support causes they care about after their death with their lawyers and loved ones.

[Deep knowledge, daily. Sign up for The Conversation’s newsletter.]

This article is republished from The Conversation, a nonprofit news site dedicated to sharing ideas from academic experts. It was written by: Elizabeth J. Dale, Seattle University.