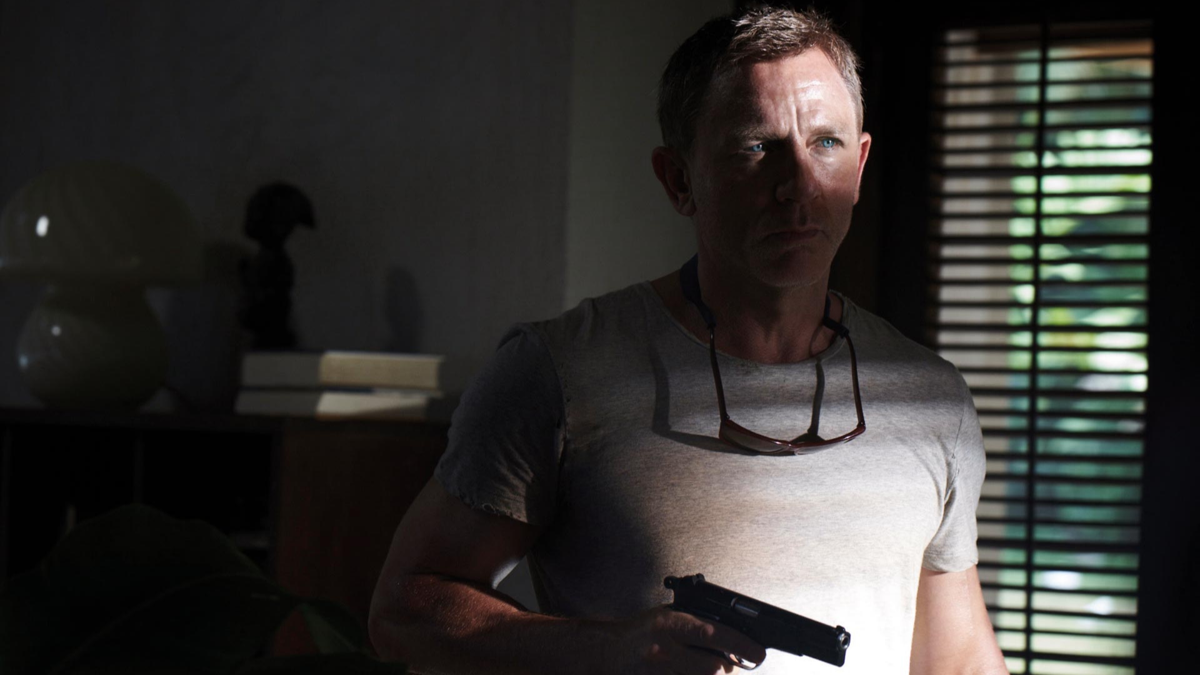 Does James Bond deserve love? Sure, the legendary MI-6 agent is written to be inherently worthy of lust. But does James Bond deserve to be loved? Really loved? Loved so much that, after five films of state-backed day-saving, he’d finally throw in the blood-soaked towel to pursue happily ever after with one woman — and maybe even live to enjoy it?

In director Cary Joji Fukunaga’s No Time To Die, the first Bond title ever marketed as a complete narrative close to the super spy’s arc, we send off star Daniel Craig by answering that surprisingly complex question. If Casino Royale refreshed the Bond universe through gritty realism and Skyfall heightened its stakes with moral philosophy, No Time To Die ups the ante by laying on the romance.

No, it’s not all sexy sunbathing and slinky dresses (though there is some of that.) Instead, we examine both what it means to admire Bond on screen and how we regard his life’s meaning off of it. Chiefly, No Time To Die asks, for the first time in its chilling prologue: “Can you love a killer?”

The answer is a stunning, if occasionally sappy, sunset chapter in Craig’s Bond legacy that adds heaps of emotion to his take on the iconic character. It’s hardly the best installment in Craig’s run, but thoughtful scripting and flawless cohesion with the rest of his Bond story make it a grand finale in every sense of the phrase. Léa Seydoux reprises her role as Spectre‘s Dr. Madeleine Swann, whose romantic relationship with Bond anchors the movie’s emotional center. But the question of Bond’s soul is one that requires reuniting the action hero with plenty more past players.

M (Ralph Fiennes), Q (Ben Whishaw), Moneypenny (Naomie Harris), and Nomi aka “the new 007” (Lasha Lynch) welcome Bond back to MI-6 as he comes out of his rather drunken retirement for — you guessed it — one last mission. Ready to support from the States is Bond’s old CIA friend Felix Leiter (Jeffrey Wright), as well as rookie agents Logan Ash (Billy Magnussen) and Paloma (Ana de Armas). Also on the metaphoric international intelligence board, we’ve got a mysterious weapon with potentially catastrophic power; the infamous terrorist organization Spectre seeking said weapon; and No Time To Die‘s biggest bad, the quietly villainous Lyutsifer Safin (Rami Malek).

Like its exquisitely rendered title sequence (which uses Billie Eilish’s theme song beautifully, by the way), No Time To Die‘s plot arranges and rearranges these warring elements repeatedly across its whopping 2 hour and 43 minute runtime. As with any Bond story to come before it, there are chase scenes, explosions, gun fights, double-crosses, tuxedos, and twists. And, as with the adventures immediately preceding this one, it’s all depicted through an outrageously stylish lens that stops just short of a slate reading, “Get your award-winning cinematography, production, and sound design right here.” 25 titles in, the art of Bond is practically perfected.

25 titles in, the art of Bond is practically perfected.

So it’s no wonder No Time To Die can’t really surprise audiences in the ways we might have once hoped. At this point, fans know Bond’s slick moves too well to be shocked by any of his high-octane stunts (although a few epic motorcycle jumps come close), and the joy of Craig saying a classically cheesy Bond line like “shaken, not stirred” isn’t as fun this deep into the franchise.

Still, the top-tier talent of Craig’s supporting cast and the script’s unwavering attention to detail make it an enjoyable — albeit bloated — ride. De Armas’ comedic Paloma steals scenes with the precision of a professional cat burglar, while Lynch slays the role of successor to 007 in all the badass ways that really matter. What’s more, throwbacks to moments from past films, namely one involving Casino Royale’s Vesper, will leave you with a satisfying sense of nostalgia.

Arguably, the only real disappoint of No Time To Die comes from its villains, with neither newcomer Safin nor the notorious Blofeld of Spectre (Christoph Waltz) coming across as even remotely capable of taking on Bond at this particular moment. Safin is especially understated, with Malek’s talents going hugely underutilized. Heck, his costume is even boring.

That said, not believing anyone could take down James Bond is maybe some of the fun. No Time To Die is, first and foremost, a triumphant last lap for Daniel Craig that closes an especially wonderful stretch of Ian Fleming’s long-lasting legacy. It’s not perfect, but it bravely explores its source material in a way that will make you fall in love all over again. The only question: Does Bond deserve it?

No Time To Die is in theaters Oct. 8.