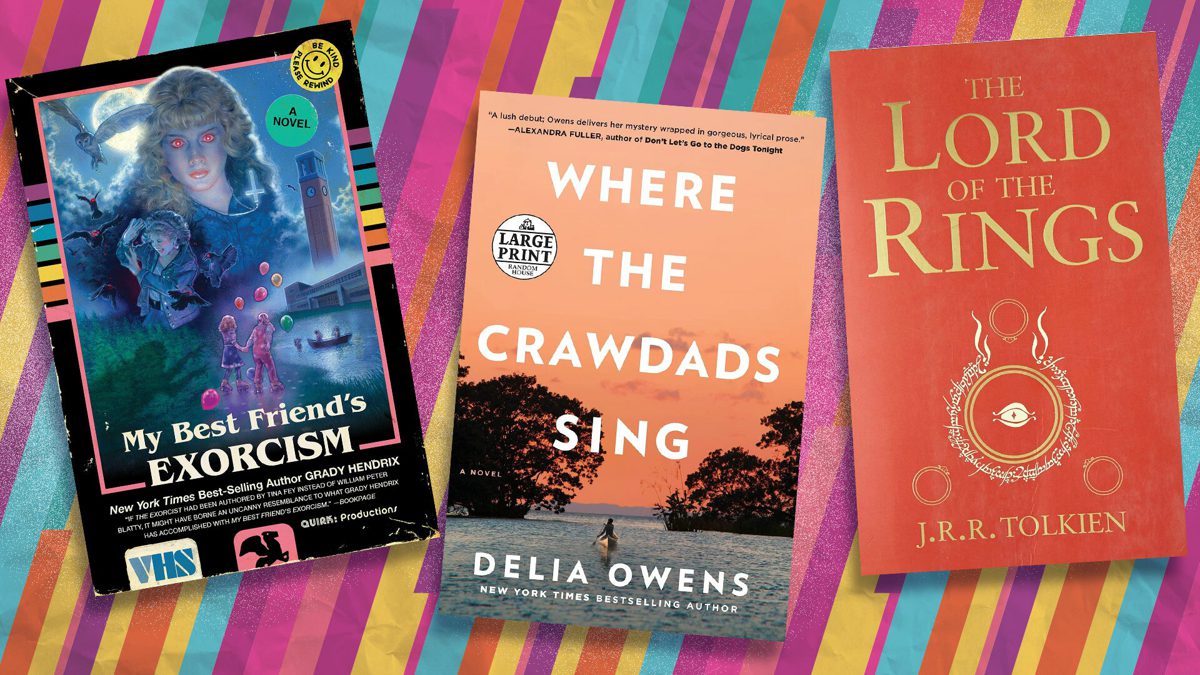 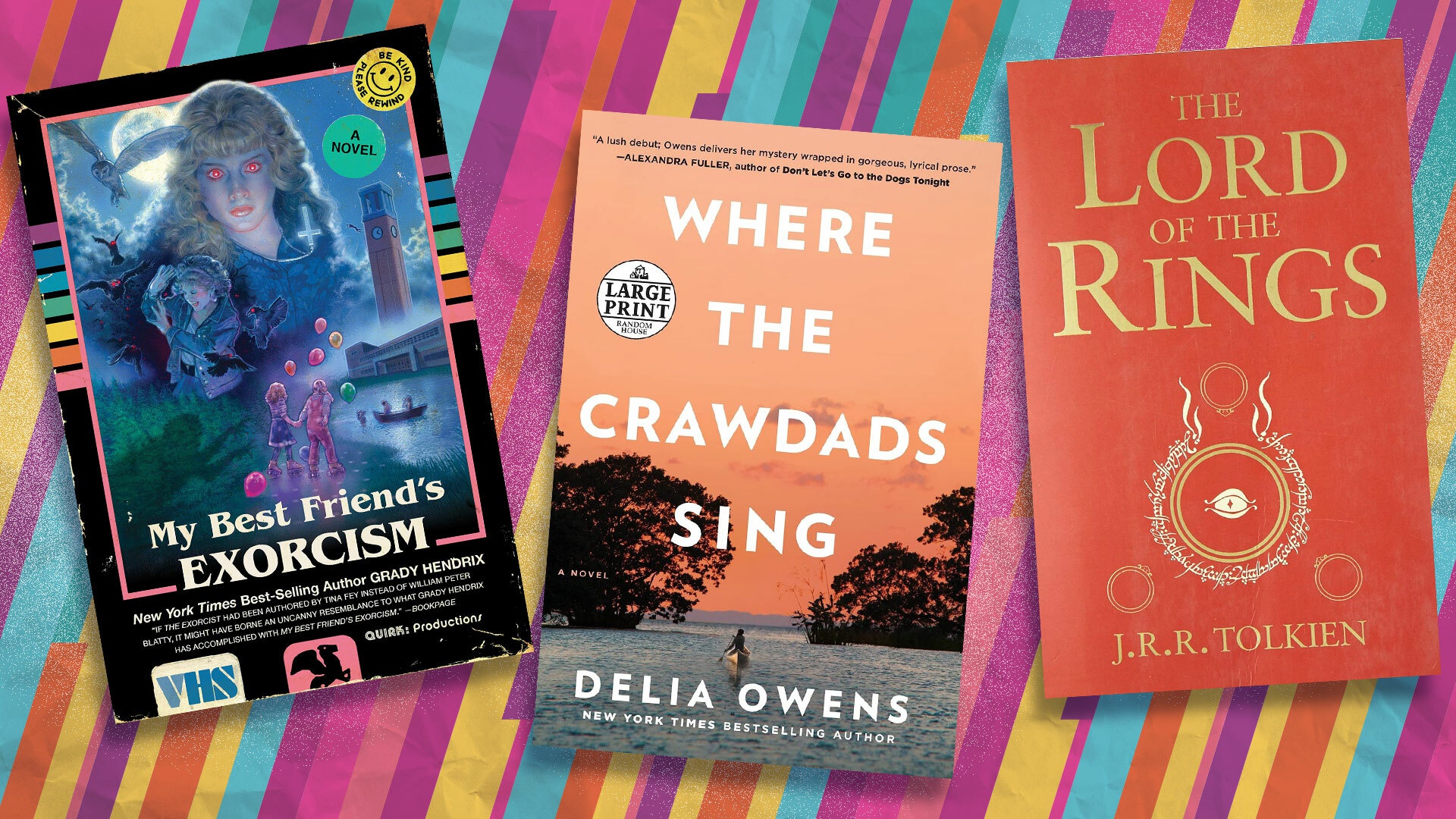 2021 has been a serious year for high profile book adaptations, with the Grishaverse hitting Netflix in grand style in Shadow and Bone, Dune thrilling sci-fi fans at the multiplex, and The Wheel of Time epic set to hit Amazon Prime streaming before the end of the year. However, book readers have a lot to look forward to in 2022 and beyond, as some truly exciting adaptations are in the works!

The height of the “Satanic Panic” in the 1980s is the setting for My Best Friend’s Exorcism, a surprisingly heartfelt novel that chronicles the story of two high school friends, one of whom may be possessed by a demon. Considered by many to be author Grady Hendrix’s seminal work, this book is being adapted into a film with an ensemble cast featuring Elsie Fisher, Amiah Miller, Cathy Ang, and Rachel Ogechi Kanu. No release date has been announced yet, but the film is expected to come to Amazon Prime sometime in 2022.

A Court of Thorns and Roses is one of the most talked-about series on social media (especially TikTok) — and for good reason! This series starts as a subversive spin on Beauty and the Beast that subs Fae for fur, but then blossoms into a steamy, action-packed romance with plenty of adventure, a strong heroine, and just enough magic. And now superstar Outlander producer Ronald D. Moore has signed on to develop this series of books into a TV series at Hulu. No casting has been announced yet, but production is expected to start in 2022.

Best friends Sophie and Agatha are students at a magical academy in The School for Good and Evil, where these two girls are trained to fulfill their destinies as opposing hero and villain. However, when they discover the destinies that are seemingly laid out for them, these girls realize that focusing on what made their relationship special in the first place will be the key to getting their happy ending. Netflix will be releasing an adaptation of the first book in this series next year that will star Sofia Wylie as Agatha and Sophia Anne Caruso as Sophie, with Charlize Theron, Kerry Washington, Laurence Fishburne, and Michelle Yeoh rounding out an all-star supporting cast.

Heartbreaking and poignant, The Time Traveler’s Wife has been a favorite among both romance and sci-fi readers for almost 20 years and was even adapted into a film starring Rachel McAdams in 2009. However, it looks like this mind-bending series will be coming to the small screen in 2022, with HBO enlisting the help of former Doctor Who showrunner Steven Moffat to tell the complex era-spanning love story between Clare and Henry, who will be played by Game of Thrones’ Rose Leslie and Sandition’s Theo James.

Delia Owen’s debut novel, Where The Crawdads Sing, begins with lonely “Marsh Girl” Kya growing up in rural North Carolina in truly dire conditions. Then, as the novel follows her into adulthood, Kya becomes embroiled in a murder mystery involving someone from her past. This Reese Witherspoon Bool Club pick has been one of the biggest fiction hits in recent years, spending a wild 124 weeks on the NY Times bestseller list since its release in 2018, and will be coming to the big screen in 2022 thanks to producer Witherspoon. The film will star Daisy Edgar-Jones as Kya, with Taylor John, Harris Dickinson and Jojo Regina rounding out the cast.

The Three-Body Problem is a Hugo-award-winning novel that follows protagonist Ye Wenjie, who discovers a desperate race of extra-terrestrials known as the Trisolarans. These being are looking to invade Earth to escape imminent extinction on their planet, which is a part of a highly unstable triple star system. This book asks some hard questions and features plenty of real-life science concepts that will thrill science fiction fans when it comes to Netflix as a new original series. Game of Thrones’ David Benioff and D.B. Weiss are set to serve as showrunners and executive producers with Derek Tsang confirmed to direct.

It’s hard to believe, but efforts to adapt Neil Gaiman’s genre-spanning Sandman graphic novel series have been underway for nearly 30 years. However, it looks like Netflix will finally be the one to adapt the fantastical world of Dream (AKA Morpheus), The Dreaming, and the world of the Endless. This adaptation will be packing some serious star power too, with Tom Sturridge playing Dream and Game of Thrones standout Gwendoline Christie playing Lucifer.

Naomi Alderman’s dystopian novel The Power takes place in a world where women around the world suddenly develop an electrical current within their bodies that can cause excruciating pain and even death. This newfound power quickly changes the male-female dynamic in this world and tips the scales of control in some unexpected ways. This novel was met with immediate acclaim when it was released, and even made former President Barack Obama’s list of his favorite books in 2017. The upcoming series adaptation for Amazon Prime is being helmed by an all-female directing team and will star Leslie Mann, Auli’I Cravalho, John Leguizamo, and Rob Delaney. Filming is now underway on this series, which will consist of ten episodes for its first season.

One of the most successful page-to-screen adaptations of all time has to be the Lord of the Rings films, which debuted two decades ago with the 2001 premiere of The Fellowship of the Ring. And though this film series still has plenty of fans around the world, Amazon will be adapting some lesser-known parts of this epic saga in its new Lord of the Rings TV series, which will be adapting major events from The Lord of the Rings’ second age, which takes place a thousand years before the events of The Hobbit. And though we learn about some major events that will happen in this series from the Lord of the Rings novels (as well as Tolkien’s appendices and Unfinished Tales), it looks like Amazon will have plenty of room to fill in the blanks when it comes to adapting this beloved series, making this one a very interesting watch.

Though Interview with the Vampire was adapted for the silver screen in 1994 (with Tom Cruise and Brad Pitt famously in the lead roles of Lestat and Louis), cable giant AMC is looking to re-adapt The Vampire Chronicles for the small screen, casting Sam Reid this time in the iconic role of Lestat. Much like the early ’90s movie, this new TV series will follow vampire Louis de Pointe du Lac as he tells a reporter about how he was turned into a vampire and then mentored by Lestat de Lioncourt. Though the first season looks like it will largely cover the first of the Vampire Chronicles series, AMC has secured the rights to the full series, so we could see volumes like The Vampire Lestat, The Tale of the Body Thief, and more unadapted works from this series eventually come to the small screen.