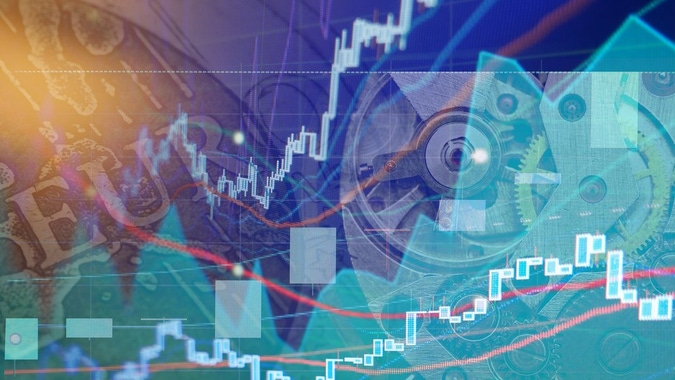 In many ways, history is the best guide we have when it comes to stock investing. It teaches us what went right and what went wrong for a particular company. Moreover, investors who study stock charts rely heavily on historical patterns.

Whether it be seasonality in a business, technical trendlines, or just plain coincidence, history has a way of repeating itself with certain stock price movements. Of course, using history as the sole basis for an investment decision is far from full proof, but it can be a great starting point.

A rudimentary, yet surprisingly effective way to find stocks that will perform well in the near term is to simply reflect on how they did during the same period in previous years. October 2020 was an up and down month for the major stock averages. Yet there were several names that logged huge returns. Will it be déjà vu this October for these three stocks?

Will Meta Financial Group Have Another Blowout Q4?

Meta Financial Group (NASDAQ: CASH) started making a steady climb last October before the month ended with a bang. Shares of the up-and-coming regional bank gapped up in heavy volume on October 29th following strong fourth quarter and fiscal 2020 results. Despite the challenging economic backdrop, average deposits more than doubled in Q4 on the strength of Meta’s Economic Impact Payment (EIP) card offering and full-year earnings per share (EPS) rose 18%. When the month was over, Meta Financial stock was up 53%.

This time around Meta Financial Group won’t have the benefit of the EIP card boost, but it should find solid growth in other areas. For starters, net interest margin (NIM) is expected to be higher when the company reports Q4 results in late October. Last quarter it improved substantially to 3.75% which along with a rise in national loan and lease volumes led to 128% EPS growth.

For Q4 analysts are expecting EPS of $0.81 which would represent 52% year-over-year growth. However, the Street has fallen well short of actual EPS results in each of the last five quarters and is likely to underestimate Meta Financial yet again. Look for the tech-forward bank to rise again in the coming weeks due to its unique business mix and buzz about a sixth straight earnings beat.

Last time this year Pinterest (NYSE: PINS) was preparing to deliver stellar quarterly results that ultimately propelled its stock to a 42% October gain. Third-quarter revenue increased 58% and management forecasted an acceleration in revenue growth for the fourth quarter.

This was a very unusual time at Pinterest. Amid business closures and stay-at-home orders, the company was witnessing unprecedented interest in its crafty platform. People were creating everything from home school environments to socially distant Halloween gadgets as Pinterest’s global user base swelled to 442 million.

Since stores and schools have reopened, things have been different for Pinterest. Many people have returned to workplaces and more normalized daily routines leaving less time for creative at-home projects. Pinterest has added a mere 12 million to its user base over the last nine months, a far cry from the days of 30%-plus growth.

When Pinterest releases third-quarter results later this month, the Street will be looking for a sequential decline in EPS and more modest year-over-year growth. Absent the pandemic’s tailwinds, Pinterest’s best days are probably behind it. Don’t expect the stock to create another magical post-earnings rally.

Is Harley-Davidson Stock a Buy Ahead of Earnings?

Harley Davidson (NYSE: HOG) was one of the biggest large-cap winners last October. The legendary motorcycle manufacturer rode a strong third-quarter earnings report to a 34% monthly gain. At the time, the company was beginning to gain traction with its “Rewire” turnaround plan. A more efficient operating model and an increased focus on higher-growth markets led to Harley Davidson’s best Q3 profit result in five years.

After a disappointing fourth-quarter performance, Harley’s engine has revved higher in 2021. Amid increasing consumer interest in hitting the open road and improved cost controls, profits have surged. First half EPS of $3.01 well outpaced the consensus forecast of $2.05.

Heading into this month’s third-quarter report, the bar has been set low. Analysts are expecting EPS to decline 8% year-over-year largely due to supply chain disruptions and the unavailability of key microchip components. In addition, soaring metal prices are expected to take a significant bite out of profit margins.

While Harley-Davidson faces unique challenges that it didn’t a year ago, the good news is it doesn’t have a demand problem. Long criticized for its old-school customer base, Harley is doing a better job connecting with the younger generations which have greater spending power. For instance, expansion into the adventure touring segment of the market has made the company more millennial-friendly which in turn has made it more long-term growth-friendly.

The global supply and commodity price pressures will likely be too much for Harley-Davison to overcome this October. But these pressures will eventually subside. And with the stock having retreated to where it was last October, now is as good a time as any for long-term investors to hitch a ride on this multiyear turnaround play.

These Authors Share the Good, the Bad and the Ugly about Technology’s Role in Society