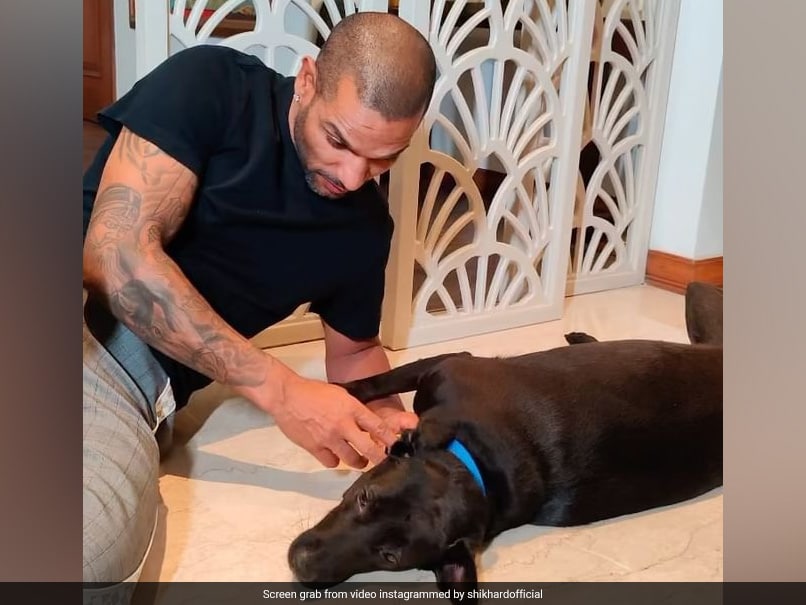 Shikhar Dhawan with his dog in the Instagram video

Shikhar Dhawan is known for his hilarious videos on social media platform Instagram and there has been a brand new addition to it. The left-handed opening batter shared a video on the International Dog Day on August 26, where he can be seen having fun with his dog.

The post was captioned as “Haanji Dosto? Dhundo Phir,” and it had Dhawan lip syncing to a fun voice over and also playing with his dog.

Dhawan was recently part of the Indian team that played an ODI series against Zimbabwe.

The veteran opening batter has been considered only for the 50-over format for the past couple of years, despite having some of his best IPL seasons in the time.

Dhawan was integral part of the new-look Delhi Capitals team, before making the switch to Punjab Kings as he was picked up for big bucks by the franchise in the IPL auction.

Dhawan is not part of the Indian team that is playing the Asia Cup and his chances of playing the ICC T20 World Cup later this year are also close to none.