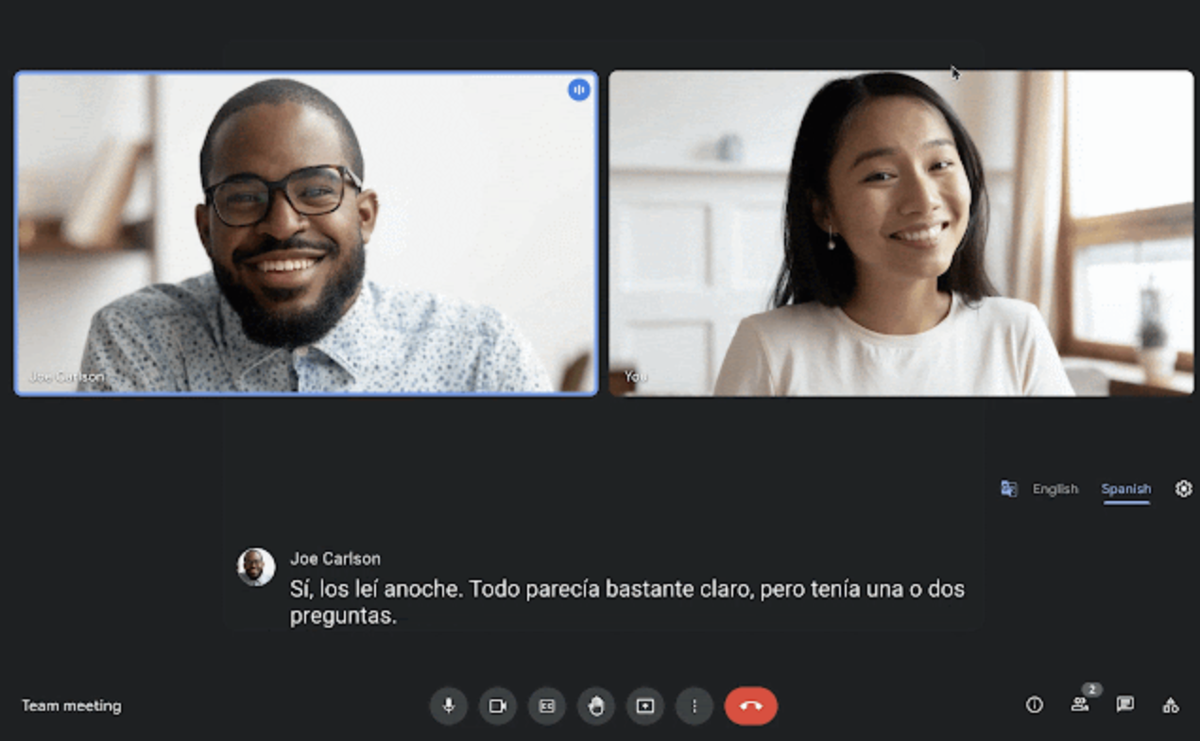 International teams that use Google Meet a lot have a new tool in their arsenal — though only if they’re willing to switch to Google Meet beta.

On Monday, Google announced the rollout of live translated captions in Meet. When the feature is on, the app will automatically translate spoken language into another language, and produce captions on the fly. Initially, the feature only supports English meetings which can bee translated to Spanish, French, Portuguese, and German.

The benefits of having your speech translated to another language as you deliver it are obvious, both for the speaker and the listeners. Google thinks the feature will be most useful in all-hands meetings and training programs with globally distributed teams, as well as educators communicating with students.

The feature is currently available for Google Workspace Business Plus, Enterprise Standard, Enterprise Plus, Education Plus, and Teaching & Learning Upgrade users.

There’s a catch, though: It’s only available in beta. This means that the Meet admin has to first enrol in the beta; once they do, the feature will be available by default, and can be turned on during a Meet video call by going to Settings – Captions – Translated captions.

Google has been on fire lately when it comes to adding new Meet features. Last week, the Meet camera started automatically detecting when a user appears underexposed, and enhancing the brightness to improve their visibility. The company also recently made the Hand Raise more visible in Meet, added new filters and masks to Meet (though only for personal accounts), and added emoji reacts to Meet.

There’s no word on when the live translated captions will become more widely available; the fact that the feature is available in beta means it’ll probably roll out to everyone at some point, but it may take weeks or months before that happens.