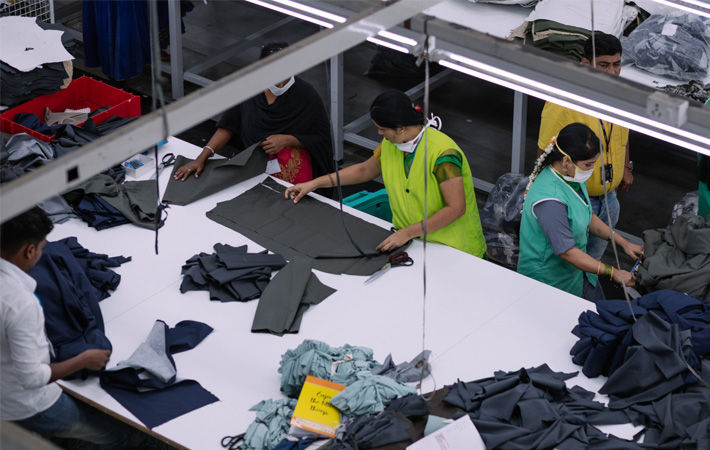 Good Business Lab (GBL), a labour innovations company incubated at Shahi, has released the results of a study conducted at Shahi Exports on training factory supervisors. Following the learning paper which identified a host of skills and managerial styles that make the teams managed by certain supervisors more productive, GBL evaluated the impacts of imparting specially-designed soft skills training for factory supervisors.

Like any firm dependent on human labour, in garment factories too, some teams are more productive than others. There seems to be a host of skills and managerial styles that make the teams managed by certain supervisors more productive, the research said.

Good Business Lab (GBL), a labour innovations company incubated at Shahi, has released the results of a study conducted at Shahi Exports on training factory supervisors. Following the learning paper which identified a host of skills and managerial styles, GBL evaluated the impacts of imparting specially-designed soft skills training for factory supervisors.

“In a lot of manufacturing settings, middle management (commonly known as supervisors) are often just workers who have moved up the ranks. They might have the technical knowledge, but they don’t often have the necessary soft skills like basic communication skills, people management, etc. that are needed to make sure that everybody on their team feels empowered to be productive,” Dr Achyuta Adhvaryu, lead author of the research paper, shared.

In 2017, GBL put it to the test and rolled out a training programme designed to study the efficacy of training managers in these skills. Firstly, the training, called STITCH (short for supervisors’ transformation into change holders), brought down turnover — the rate at which a company loses employees — which is notoriously high in this industry. During the period of the study, of those who were studied, the supervisors who received the training were found to be 15 per cent less likely to quit their jobs than those who did not get the training.

Chitra Ramdas, general manager of organisational development at Shahi Exports, who has been closely involved in designing and implementing the training, said, “A high-pressure work environment, coupled with power dynamics, leads to supervisors often behaving in an autocratic and aggressive manner. STITCH is one way to tackle this issue by imparting soft  skills to supervisors such as communication and problem-solving. In our experience, this simple training has had a transformative impact on workplace relations and the work environment, leading to wider benefits for our company. We have already enrolled more than 1600 supervisors in the training and our goal is to train 100 per cent supervisors by 2024.”

The study also shows that following an objective method of allocation of such training to supervisors can be a game-changer — by drastically increasing the returns that the firms get when the people who most need the training are offered it. GBL has developed a low-tech screening application for this purpose that is being piloted in a few partner factories.

“While we knew from our previous work that soft skills and this kind of training could have impacts on productivity, the magnitude of the impacts were quite surprising. This being a leading firm in the industry, and a lot of production processes being highly standardised across the entire industry. But, this, just by itself, improved productivity by so much. And the effects were fairly persistent. That suggests to me that there was a lot to gain here,” Adhvaryu said, sharing that the biggest learning from this study is that manufacturing firms, especially in developing country contexts, can benefit tremendously by paying more attention to their lower and middle level of management, and investing in their training and development.

“What we are showing is that it is tremendously and persistently impactful in this really transformative way, even in a nuts and bolts technical manufacturing setting. So, it stands to reason, in my mind, that the results should be generalisable to other technical blue-collar settings; and I imagine the results could be at least as big in entry-level managerial roles in other sectors where soft skills are even more first-order — like the service sector. So, we’re now going to explicitly study this in fast food and retail settings,” shared Dr Anant Nyshadham, chief strategy officer of Good Business Lab and co-author of the paper.