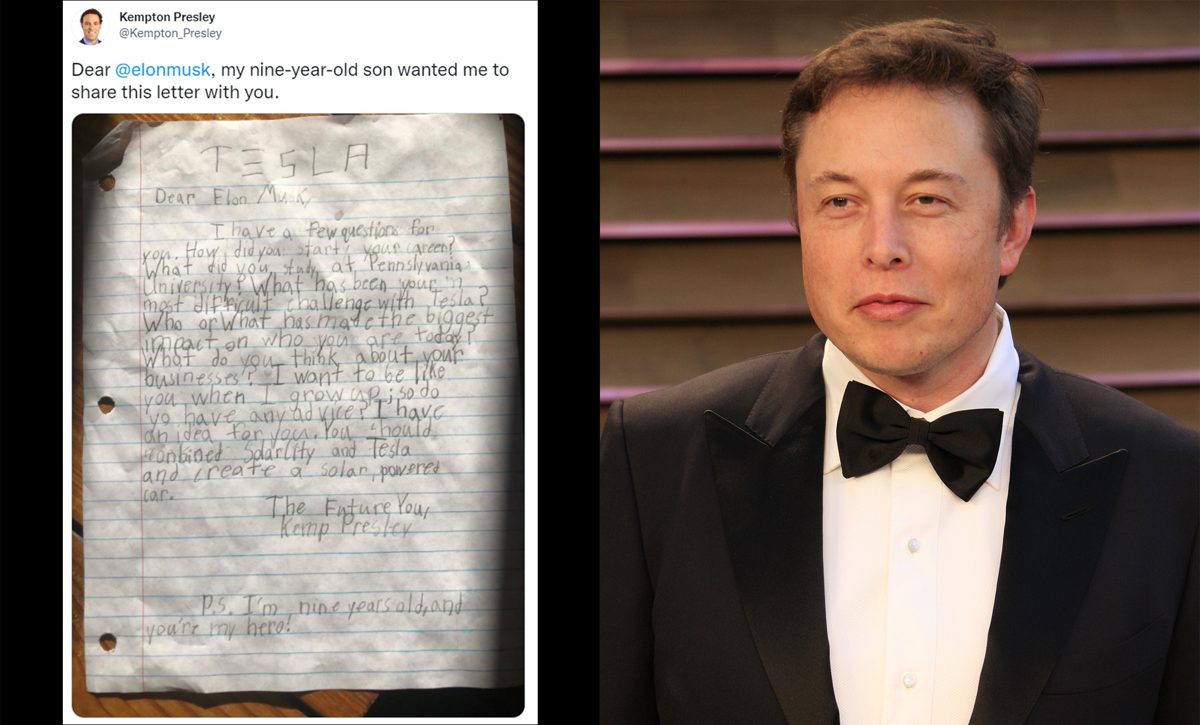 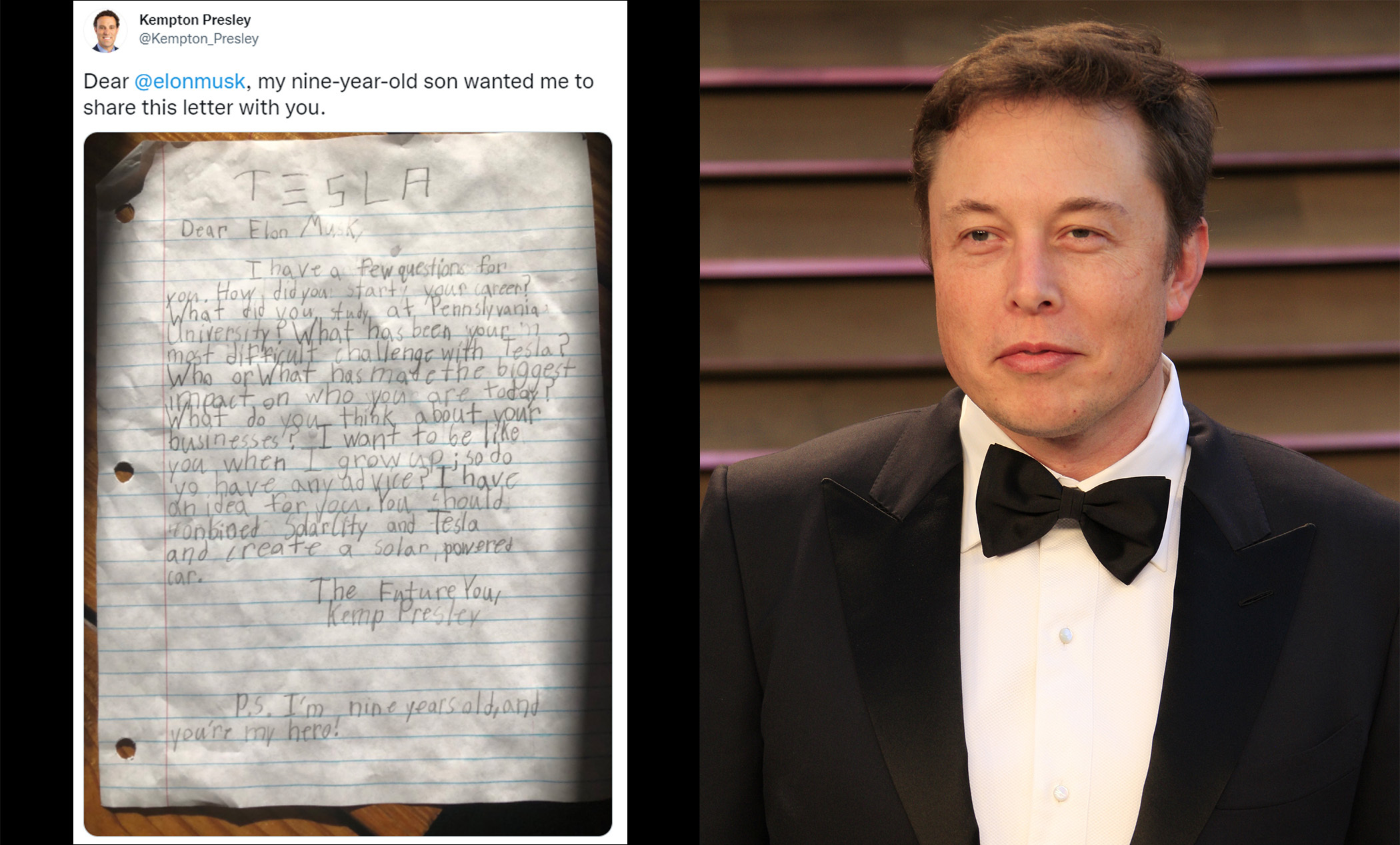 Tesla and SpaceX founder Elon Musk’s popularity knows no boundaries, and with the recent success of his aerospace company’s all-civilians space mission, the billionaire has been on the receiving end of praises from all quarters. With arch-rivals Jeff Bezos and Richard Branson also congratulating him, a 9-year-old boy has penned a thought-provoking letter to his ‘hero’, suggesting the Tesla founder an idea to build solar-powered vehicles.

The young kid’s father took to Twitter to share the letter and wrote, “Dear @elonmusk, my nine-year-old son wanted me to share this letter with you,” while tagging the billionaire. With over 1.5K retweets and 30K likes, the viral tweet grabbed Musk’s attention too, who too liked the post.

Dear @elonmusk, my nine-year-old son wanted me to share this letter with you. pic.twitter.com/HmN68UaO9q

The enthusiastic 9-year-old penned several questions like ‘How did he start his career?’ and ‘What has been your most difficult challenge with Tesla?’ directed at Musk. But what won netizens hearts was the sweet fashion that he signed off, ‘The future Musk’. Needless to say, the young kid’s spirited letter instantly grabbed everyone’s attention and went viral within just a few hours of being posted on the microblogging site.

Elon inspires the young and old! Love it. Follow your dreams youngster!

I would also like to know the answers to these questions. Great letter, 9 year old stud!

I bet even Elon wasn’t writing this or aiming to be an entrepreneur at this age!!

Earlier this month, popular electric vehicle manufacturing company, Tesla, founded by Musk, grabbed everyone’s attention by securing the patent to use laser beams as wipers to clean the debris off the car windshield. With all eyes currently set on Tesla’s upcoming sports vehicle Roadster, Musk had revealed that the new version had been delayed due to the pandemic, but will be rolling out in 2023. On the other hand, Musk’s aerospace company SpaceX’s recently created history by launching a spacecraft with all-civilians that returned to Earth after three days in space. But with the crew highlighting the food issue they had to face in space, Musk promised that the team will overcome this issue by providing free Wifi and warm food on the next Dragon capsule.

On the personal front, Musk and Grimes have parted ways after three years. Talking about their decision to split, Musk said, “We are semi separated but still love each other, see each other frequently and are on great terms.”