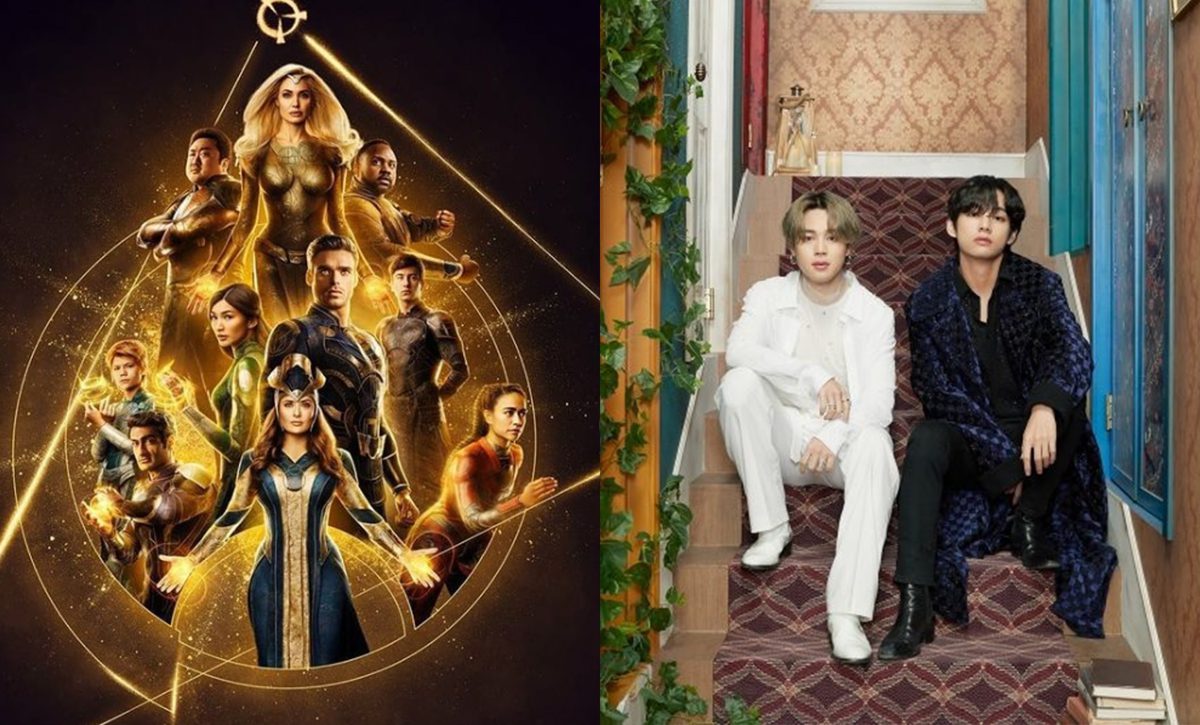 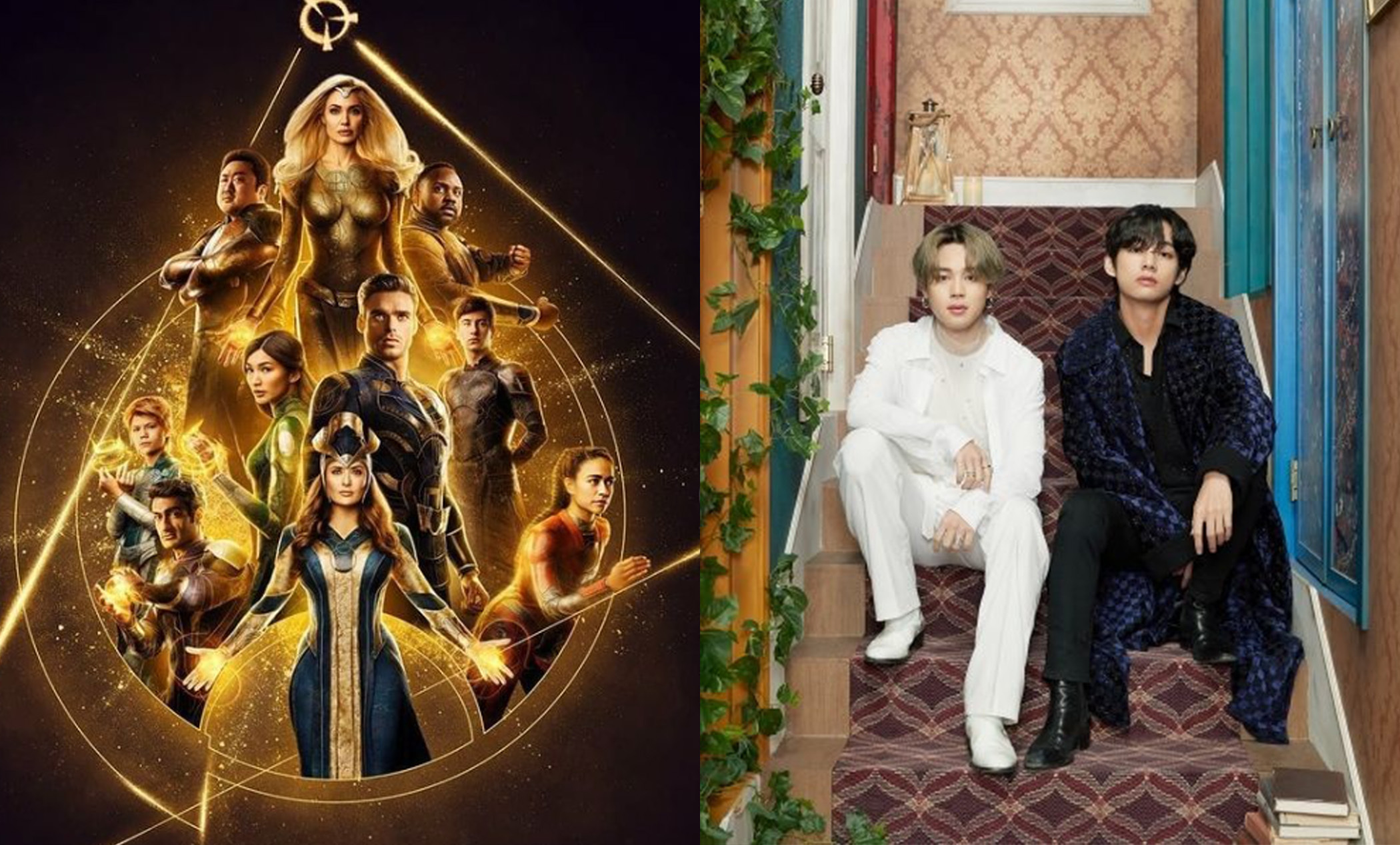 One of the most-awaited movies of the year, Eternals, has been making headlines since its inception, and with the release date of the massive Marvel project nearing, the hype surrounding the Chloe Zhao directorial has reached another level altogether. With the Oscar-winning filmmaker all set to introduce MCU fans to a new set of superheroes with her movie, Eternals early reviews suggest it to be Marvel’s biggest project, even surpassing the likes of Avengers: Endgame.

SEE ALSO: Early Reviews Of ‘Eternals’ Are Calling It The Best Marvel Superhero Project Yet!

While fans are eagerly waiting to catch all the action in cinema halls soon, Walt Disney Company Korea recently confirmed that BTS track Friends (from Map of the Soul: 7 album) crooned by Jimin And V has been included in Eternals OST. With the news leaving BTS Army all ecstatic and pumped up, they ended up flooding social media with excitement. The Marvel movie soundtrack will also feature Time (by Pink Floyd), Juice (by Lizzo), Nach Mera Hero (by Celina Sharma) and others.

‘Friends’ by Jimin and Taehyung is included as a soundtrack on the new upcoming marvel movie, ‘Eternals!’

IM SO PROUD OF THEM AAAAHHHH

AND IT’S CONFIRMED: BTS X MARVEL! VMin’s unit track, “FRIENDS” from Map of the Soul: 7 to be FEATURED on MARVEL’S MOST AWAITED FILM, “THE ETERNALS”! THIS IS A HUGE DEAL! pic.twitter.com/bt3XN0ORxs

PRODUCER JIMIN, I’m so proud of you, Jimin too is a Marvel fan I’m pretty sure he’s celebrating right now cuz his own self-produced song “FRIENDS” by vmin is going to be in the soundtrack of MARVEL’s THE ETERNALS! AHHH😭 pic.twitter.com/5SKw8lnww3

With the South Korean septet (comprising of RM, Jungkook, J-Hope, Suga, Jin, Jimin and V) becoming the second Korean artist to feature in a Marvel project post-PSY’s track Hangover in Black Panther, the popular K-pop group seems to have grabbed everyone’s attention once again. While their recent collaboration with Coldplay, My Universe, turned out to become a huge success, the all-boys group is currently preparing for their first in-ring performance in two years.

Meanwhile, reports also suggest that pop sensation Harry Styles is also all set to join MCU as Thanos’ brother Eros, who debut in the post-credit scenes of Eternals. While the young singer-turned-actor is all set to make his Marvel debut with Chloe Zhao’s directorial, fans are in for a real treat as the ace filmmaker has managed to pull off an unbelievable casting coup. Slated to release on Nov. 5, Eternals will feature Angelina Jolie, Salma Hayek, Gemma Chan, Kumail Nanjiani, Lauren Ridloff, Kit Harrington, Richard Madden, Don Lee, Barry Keoghan, Harish Patel and Brian Tyree Henry in pivotal roles.