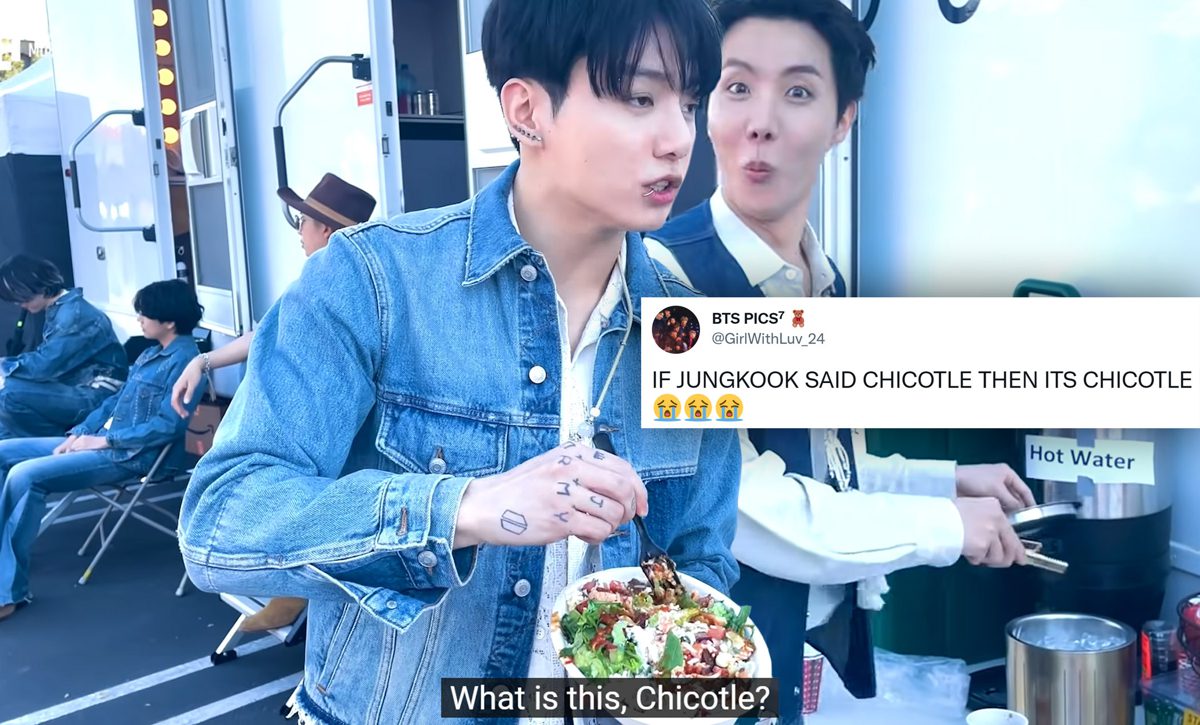 There’s no denying that BTS are one of the most popular artists on this planet. And the recent ‘Chipotle’ incident which has been trending on social media for the past few days is proof. For the unversed, a BangtanTV video released on Sunday featured all the members of the K-pop group enjoying Chipotle for lunch during their Permission to Dance concert in the US. In the two-minute video, the youngest member of the K-pop group is seen inspecting the meal before asking ‘How do you eat this?’ followed by ‘What is this? Chicotle?’ he asked.

Given the popularity of BTS and Jungkook, #Chicotle started trending on the internet within no time which prompted the Mexican food chain known for serving scrumptious burritos, tacos, and burrito bowls to change their name on the microblogging platform.

Needless to say, BTS Army were pretty excited seeing the popularity and star power of their idols. Soon after changing their name on Twitter, the Mexican food joint wished good morning to ‘tannies’ on Sunday. Check out the tweet and Army’s excitement here:

Jungkook said he wants to eat Chicotile everyday. You should have a branch in Korea.https://t.co/jXENFRP2OA

Once again, Tannies proving themselves to be the main characters pic.twitter.com/nm1L6dhbpg

Congratulations Chicotle 👏 Jungkook is in love with you !!!!
How does it feels to live the life of my dreams? 🎤 pic.twitter.com/J64JiCejWd

While J-Hope is seen enjoying the lunch bowl with Jungkook in the BangtanTV video, other team members: Jin, Suga and Jimin, also join the duo and taste the popular Mexican dish.

Meanwhile, famous talk show host Jimmy Kimmel faced the ire of the Army recently when he compared the popular K-pop group with Covid-19. “You thought it was BTS fever. They’re both very dangerous. You’re lucky to come out alive,” Kimmel said mockingly in a conversation with Ashley Park, but the statement didn’t seem to go down well with the Army, who took to social media to express their discontent.