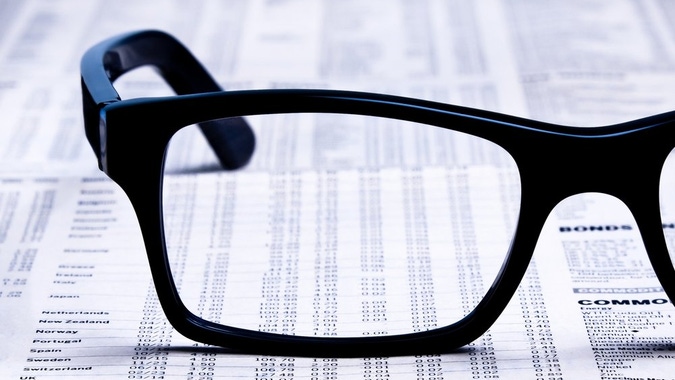 The majority of the time when sell-side analysts provide an update on a stock they ‘reiterate’, or confirm, their rating. In cases where the company has recently completed an initial public offering (IPO), a fresh opinion is referred to as ‘initiating’ coverage.

The less common situation is when a rating gets changed. These are called rating ‘upgrades’ or ‘downgrades’. Typically, an upgrade involves a change from a ‘hold’, or neutral, stance to a bullish ‘buy’ opinion. A downgrade is a reverse—a buy to a hold or a hold to a sell. In unusual cases, a stock rating may jump two notches from a buy to a sell or vice versa.

Wall Street analysts are constantly offering new commentary on the stocks they follow. When an update comes with a rating change, investors should pay extra attention. A rating change marks an inflection point of the analyst’s view and can similarly mark a turning point in the stock price.

Focusing on the optimistic side of analyst actions, here are three examples of companies that have recently been upgraded to buys.

Is the Parker-Hannifin Downturn a Buy Opportunity?

On Monday, Melius Research upgraded Parker-Hannifin (NYSE: PH) from ‘neutral’ to ‘overweight’. This is the equivalent of a hold-to-buy upgrade. It wasn’t the only firm to strike a bullish tone on the industrial technology leader. In the past week, three other firms called the stock a buy. The target prices range from $337 to $342.

With Parker-Hannifin shares trading back below the $300 level, analysts are thinking the stock is undervalued. It has corrected 11% from its May 2021 record peak and is trading at 17x forward earnings. By comparison, the forward P/E ratio for the S&P 500 index is 20x.

Aside from the valuation, Parker-Hannifin looks attractive here because demand for its motion and control systems has stabilized during the economic recovery. A revival in industrial activity has the company’s aerospace and manufacturing customers ordering more products to operate their planes, vehicles, and machines. This combined with a history of rising dividends has the Street thinking the Parker-Hannifin growth machine will keep grinding higher.

ChemoCentryx (NASDAQ: CCXI) has been one of the hottest stocks this month and may just be heating up. On Friday, the biopharmaceutical company announced that it received FDA approval for its lead drug Tavneos as a treatment for ANCA vasculitis. Tavneos has also been approved in Japan and is awaiting regulatory approval in Europe.

In response to the big news, ChemoCentryx shares doubled to almost $40 in massive volume. Often when a stock makes a huge jump, the response from analysts is rather conservative with neutral or more conservative bullish positions taken. That wasn’t the case here.

Five analysts have called ChemoCentryx stock a buy despite the rally and three of them upgraded to a buy. Aside from the potential for European approval of Tavneos by year-end, analysts are bullish about the drug’s potential in treating other rare diseases. In addition, ChemoCentryx has growth prospects beyond its key product. Its pipeline is also focused on developing treatments for immune-oncology and various immune system diseases.

Analysts’ refreshed price targets for ChemoCentryx range from conservative to highly optimistic. Some call for the stock to climb into the $50’s or $60’s while others see it shooting past $100. Regardless of whether this double turns into a triple or more, for the stock to receive multiple upgrades after a big jump is potent medicine.

What Do Analysts Think About Prelude Therapeutics Stock?

Small-cap biotechnology company Prelude Therapeutics (NASDAQ: PRLD) stormed out of the gates following its September IPO. At its peak, the stock flirted with the $100 level just six months removed from debuting around $25. A year later, it is trading back below where it all started.

Prelude Therapeutics dropped to an all-time low last week after presenting data at a virtual conference on molecular targets and cancer therapeutics. Its lead drug candidate demonstrated a favorable safety profile in a Phase 1 study of patients with lymphoma and solid tumors. Another candidate showed strong efficacy in preclinical cancer studies. The market, however, was underwhelmed by the data and the stock fell 40% on Thursday.

That’s when a pair of Wall Street firms stepped in and reiterated their buy ratings on Prelude Therapeutics. This week, Morgan Stanley also called the stock a buy upgrading from a hold. The analyst there predicted that the company would recover from the setback noting that the studies are still in the early stages. Barclays commented that while the recent data fell short of expectations, they still see upside.

Biotech stocks are among the riskiest investments out there. Unpredictable trial results can cause volatile price swings as we’ve seen with Prelude Therapeutics. With this said, when multiple analysts express bullish views on the heels of disappointing news, the inherent risk may be worth the potential reward.