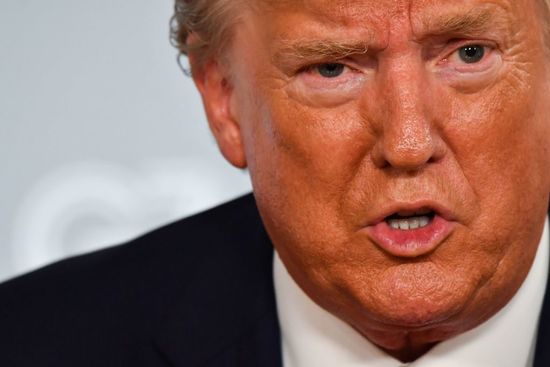 Seems that Bissey is begging the court to spare her from jail because she’s afraid of COVID-19. And as you might have guessed—she’s not vaccinated. Not even a little.

Jan 6 defendant seeks mercy, asks to be spared from jail … arguing COVID-19 is rampant in jail and could threaten her safety

Then… her defense acknowledges defendant “…has not helped her chances of fighting the virus by remaining
unvaccinated” pic.twitter.com/N7ha8bIOew

“Simply put, if Ms. Bissey is incarcerated at the D.C. Jail or in the BOP, which has seen 259 inmate deaths and over 43,000 infections from COVID-19, she is extremely likely to suffer severe illness or even death. According to the CDC, if she were to get sick with the virus, she may require ‘hospitalization, intensive care, a ventilator to help [her] breathe, or [she] may even die.’ Certainly, Ms. Bissey has not helped her chances of fighting the virus by remaining unvaccinated. But just as certainly, she does not deserve to die for her bad behavior on January 6.”

Oh, Trump fans are suddenly listening to the Centers for Disease Control and Prevention now? Good to know.

Of course, her lawyers are right about one thing: She doesn’t deserve to die for her bad behavior on Jan. 6. Mike Pence also didn’t deserve to be hanged for refusing Trump’s orders to overturn the election—or even for being a shameless lickspittle who’d be fine with watching the country morph into a fascist autocracy that slashes rich people’s taxes and sells blue state naming rights to MyPillow, Hobby Lobby, and Chick-fil-A.

More importantly, no one deserves to die in prison due to COVID-19, though that’s happened far too frequently since the pandemic began. So often, in fact, you’d think the first thing a woman who faces potential jail time might do is get vaccinated. I mean, they’re not going to put a giant gerbil bottle full of ivermectin in the corner of her cell so she can self-medicate with her fave snake oil. If you’re afraid of COVID-19—and you should be—get vaccinated! According to Bissey’s lawyers, she is immunocompromised. Which, of course, is all the more reason to get the damn vaccine!

But if this were Bissey’s only gripe, I wouldn’t currently be imperiling my Underoos with fitful bouts of spontaneous laughter. Bu there’s more, folks.

Bissey claims she’s being “shunned,” so probation is enough, I guess? Hasn’t she already suffered more than anyone in the history of bumblefuck insurrections?

[Bissey’s public defender A.J.] Kramer says that the probation period is “just and fair considering the collateral consequences Ms. Bissey has faced because of her participation in January 6.”

“Since her arrest in February, Ms. Bissey has been chastised on the street and her business shunned,” Kramer said.

In seeking leniency, Bissey says her hair salon has suffered “huge losses” and is being “shunned”

And she says she’s been “chastised” on the street pic.twitter.com/LvYKsprhDe

Shunned? Just for trying to violently overthrow the government? Come on, now. Donald Trump has gotten away with it so far. Why not Bissey? I mean, they have the same skin color!

Trump’s fans are now learning that there are consequences to one’s illegal actions—something that, ironically, Trump has never really learned himself. Maybe because, so far anyway, the consequences Trump theoretically faces have failed to materialize in any meaningful way.

Hopefully that will change. But for the moment, we can soothe ourselves with this welcome little dollop of schadenfreude.

It made comedian Sarah Silverman say, “THIS IS FUCKING BRILLIANT,” and prompted author Stephen King to shout “Pulitzer Prize!!!” (on Twitter, that is). What is it? The viral letter that launched four hilarious Trump-trolling books. Get them all, including the finale, Goodbye, Asshat: 101 Farewell Letters to Donald Trump, at this link. Or, if you prefer a test drive, you can download the epilogue to Goodbye, Asshat for the low, low price of FREE.

Did you read more books than the average American adult in 2021? Let’s find out

The IRS is broken, just as Republicans intended. It’s what they want for the rest of government