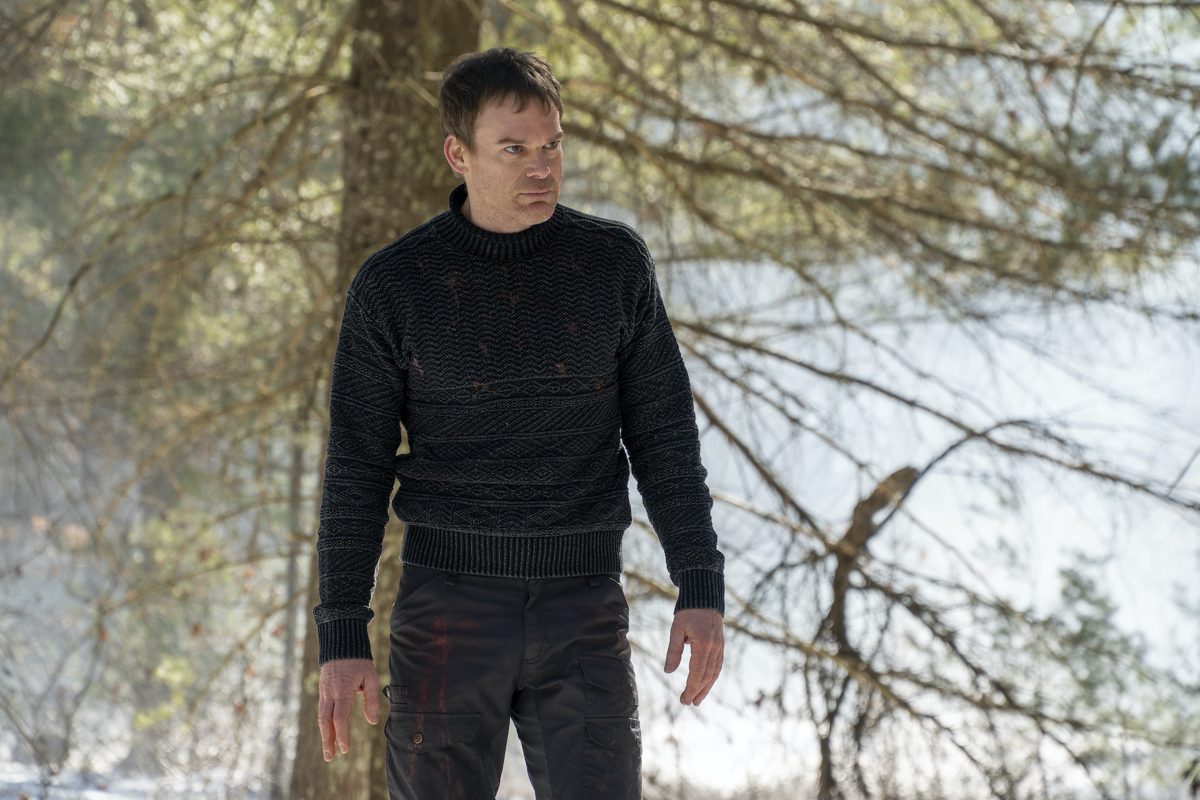 Dexter Morgan’s story is finally over, sixteen years after Dexter premiered on Showtime and introduced the TV audience to the decade’s most charismatic serial killer. It was ostensibly over in 2013, when the Dexter series finale became one of the most hated series finales in history. But the necromantic powers of fandom revived the show for Dexter: New Blood, a sequel series that gave original showrunner Clyde Phillips a chance at ending Dexter’s story his way. And he pissed people off all over again.

Dexter: New Blood ended with a bang. Dexter’s now-teenage son Harrison, unsurprisingly outfitted with a budding Dark Passenger of his own, discovers his father’s homicidal hobby just as Dexter loses control of an evidence trail that leads directly to his arrest. Desperate to escape the death penalty, Dexter kills Logan, an innocent police officer who is also Harrison’s beloved wrestling coach, and makes his way to a rendezvous point in the woods.

When Harrison guesses that the blood on Dexter’s hands is Logan’s, he finally perceives the depth of his father’s sickness. Knowing Harrison has no future as the son of the most prolific serial killer in American history, Dexter talks Harrison through the act of shooting him in the heart. Harrison shoots. Dexter dies. And Harrison flees Iron Lake with the blessing of police chief Angela Bishop. RIP Dexter Morgan. Again. This time for real though.

Some have artistic gripes about the writing or pacing of New Blood. That’s fine, to each their own. Another contingent of fans is angry because they think Dexter’s death at Harrison’s hands is a bad ending to the character’s story. Those people are wrong. The Dexter: New Blood ending is awesome, and it’s the only way Dexter’s story could have ended with any level of satisfaction.

To remind everyone of what the New Blood finale was meant to correct, we must harken back to the Dexter series finale. There, Dexter Morgan ships his son to Argentina, chucks his sister’s body in the ocean, fakes his own death, and moves to the Pacific Northwest to become a lumberjack. The lumberjack finale was bad for a lot of reasons, mostly because it dodged the central question that the entire run of Dexter endeavored to ask: Is Dexter Morgan a good guy who does bad things or a bad guy who does good things?

The answer to that question is key to Dexter’s self-conception. Without it, the finale said nothing about Dexter’s character, what he thought he accomplished, or if he was capable of reflecting on the damage he caused. Dexter‘s moral arc screamed for some kind of consequence or reckoning. Providing that reckoning was all Dexter: New Blood had to do to justify its existence.

New Blood sets up Harrison’s acceptance or rejection of his father as the final word on Dexter Morgan — the real answer to lumberjack finale’s unasked question. He is Dexter’s reckoning. It’s not a narrative coincidence that he arrives right as Dexter unleashes his Dark Passenger after years of abstention. Harrison is Dexter v.2, a traumatized potential psychopath who could either fall fully into his father’s darkness or reject his violent legacy. In turn, Dexter spends the series facing the choice to either encourage Harrison’s darkness or shield his son from turning into a killer. It’s an easy test and Dexter still fails it.

He fails the test halfway through the season, when he finds the razorblade Harrison used to nearly kill his classmate and reacts with psychopathic, un-parental glee. It’s an understandable reaction for someone who has always considered himself alone in the world. That doesn’t make it any less wrong or selfish. Dexter ignores his conscience/ghost sister Debra’s insistence that Harrison is better off without him and comes clean about his identity as the Bay Harbor Butcher. Even after Harrison appears to accept Dexter’s secret, it’s the wrong choice; Harrison can only stomach his father’s code in the context of vigilantism and saving lives, which is a concept Dexter admits to never considering.

In his misplaced excitement to remake his son in his own image, Dexter gets sloppy. He gets caught for frankly stupid reasons and thrown in jail, where he kills Logan in his desperation to escape with Harrison and train his son to be his serial killing protege. It’s Logan’s death that causes the scales to fall from Harrison’s eyes. Seeing how easily Dexter killed an innocent, Harrison perceives how unfixable his father’s darkness really is.

At that moment, Harrison understands that the code is not about doing the “right” thing and saving lives. It was only ever a way to channel Dexter’s inherent evil towards the least objectionable targets. Question answered: By his code, Dexter is worthy of a spot on his own kill table. Harrison knows it. Dexter knows it, and so he fully accepts his fate when Harrison levels a rifle at his chest. The unbearable weight of accepting his own monstrousness kills Dexter as surely as Harrison’s bullet. From there, the character of Dexter Morgan has nowhere else to go. Existing beyond that answer would turn Dexter into a parody of himself.

In his final moments, Dexter surrenders his selfish impulse to transform Harrison into a murderer and performs his first act of true fatherhood. He dies so that his son may escape his legacy. Dexter: New Blood ends with Harrison leaving Dexter behind, both literally and metaphorically, driving out into the cold towards an uncertain future. The only surety is that he is free from whatever his father would have made him, free to be Harrison Morgan — not the Son of Dexter.

‘Fight Club’ Has A Different Ending In China. It’s Not The Only Hollywood Film To Get An Edit There.

‘Spider-Man: No Way Home’ Director Had A Spidey Therapy Session For...

Long after a pandemic is ‘over,’ new and terrible symptoms can...