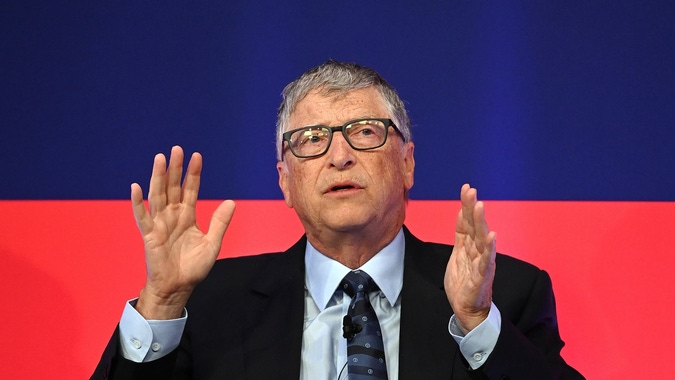 A known supporter of vaccination development and healthcare amid the Covid-19 pandemic, Bill Gates has spoken out about how effective he thinks the current vaccine is and what might be next amid the ongoing pandemic.

The billionaire joined Chair of Global Health at University of Edinburgh and Global Health Governance Program Director Devi Sridhar for a Twitter Q&A where the two chatted for 45 minutes about the role of science in the pandemic and what Gates forsees happening in the future.

Perhaps most notably was his commentary on what he perceives to be two major missing factors when it comes the current vaccine.

“The vaccines we have prevent severe disease and death very well but they are missing two key things,” he wrote. “First they still allow infections (‘breakthrough’) and the duration appears to be limited. We need vaccines that prevent re-infection and have many years of duration.”

Gates then went on to talk about the difficulties in widespread global vaccination, explaining that when vaccines were fist rolled out, they were limited and went to “wealthy countries” but that now the issue isn’t supply but rather “logistics and demand,” citing the healthcare systems in underdeveloped and impoverished nations as a “limiting factor.”

Sridhar then asked Gates about the spreading of Covid conspiracy theories and misinformation and how he suggests we might combat that.

“Social media got behind on trying to get factual information out – there will be a lot of debate about how to do better on that,” he admitted. “People like you and I and Tony Fauci have been subject to a lot of misinformation. I didn’t expect that. Some of it like me putting chips in arms doesn’t make sense to me – why would I want to do that?”

Related: Bill Gates on Relationship with Jeffrey Epstein: ‘I Made a Mistake’

“I’d make a joke but would cause a storm,” Sridhar responded with a laughing emoji.

Gates finished by talking about where he believed Covid originated from and how we can prevent another situation like this in the future.

“As countries experience their Omicron wave health systems will be challenged. Most of the severe cases will be unvaccinated people,” he said. “Once Omicron goes through a country then the rest of the year should see far fewer cases so Covid can be treated more like seasonal flu.”

Last June, The Bill & Melinda Gates Foundation that Gates runs with his ex-wife, Melinda French, pledged $50 million to vaccine access and delivery in 92 lower-income countries across the world. This brought total donations and pledges by the foundation to Covid response initiatives to a whopping $1.8 billion.

Gates’ net worth was an estimated $134.7 billion as of Thursday afternoon.

Related: Bill Gates Gets Emotional About Divorce, Empty Nesting: ‘It’s Been a Year of Great Personal Sadness For Me’

Linda Willis found a crane operator poised to tear down her...