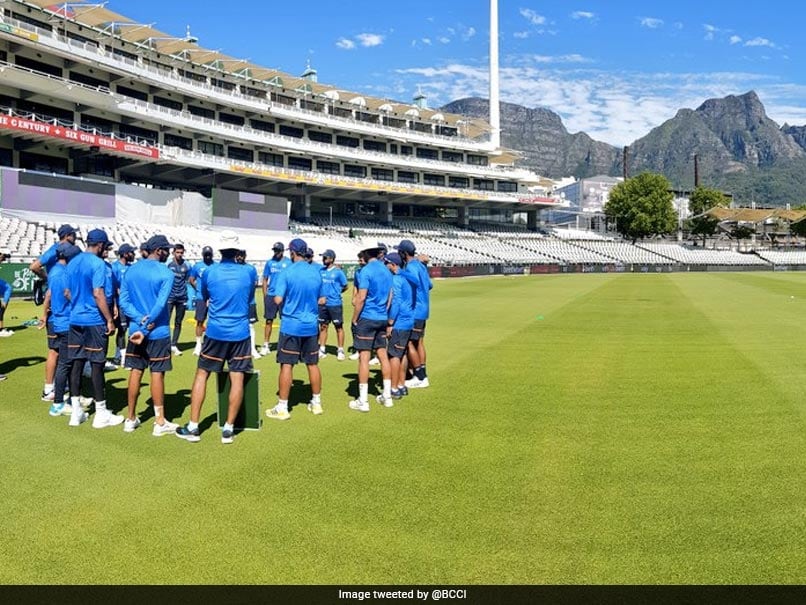 BCCI shared the picture on their official Twitter handle.© BCCI/Twitter

Team India on Sunday began their preparation for the third and final Test of the series against South Africa. The third and final Test against South Africa is slated to be played in Cape Town from January 11-15. “We are here at the picturesque Cape Town. #TeamIndia begin preparations for the 3rd Test #SAvIND,” BCCI tweeted. South Africa had defeated India in the second Test by seven wickets to level the Test series 1-1. After the match, Team India head coach Rahul Dravid said that he is hopeful of seeing Virat Kohli return for the third Test.

Dean Elgar played a captain’s knock scoring an unbeaten 96 to take the hosts to a 7-wicket win, levelling the 3-match series 1-1 against India.