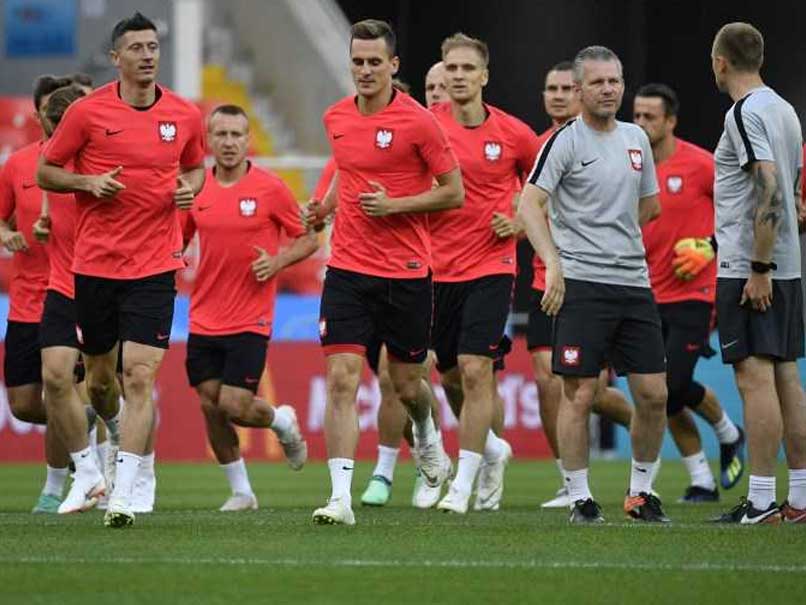 Robert Lewandowski backed the Polish FA’s decision to not play with Russia.© AFP

Polish footballer Robert Lewandowski on Saturday backed the Polish FA’s decision to not play their 2022 FIFA World Cup play-off with Russia in Moscow on March 24. The winners of Poland vs Russia are due to play Sweden or Czech Republic for a place in the finals. Cezary Kulesz, the president of the Polish football federation said on Twitter: “No more words, it’s time to act. Due to the escalation of the aggression of the Russian Federation towards Ukraine, the Polish national team does not intend to play the play-off match against Russia.”

To which Poland men’s football team captain replied: “It is the right decision! I can’t imagine playing a match with the Russian National Team in a situation when armed aggression in Ukraine continues. Russian footballers and fans are not responsible for this, but we can’t pretend that nothing is happening.”

On Friday, the Executive Board (EB) of the International Olympic Committee (IOC) urged all International Sports Federations to relocate or cancel their sports events currently planned in Russia or Belarus.

IOC said that they should take the breach of the Olympic Truce by the Russian and Belarussian governments into account and give the safety and security of the athletes an absolute priority. The IOC itself has no events planned in Russia or Belarus.

UEFA has already shifted the men’s Champions League final venue from Russia to France and Formula 1 cancelled the Russian Grand Prix amid the Ukraine crisis.