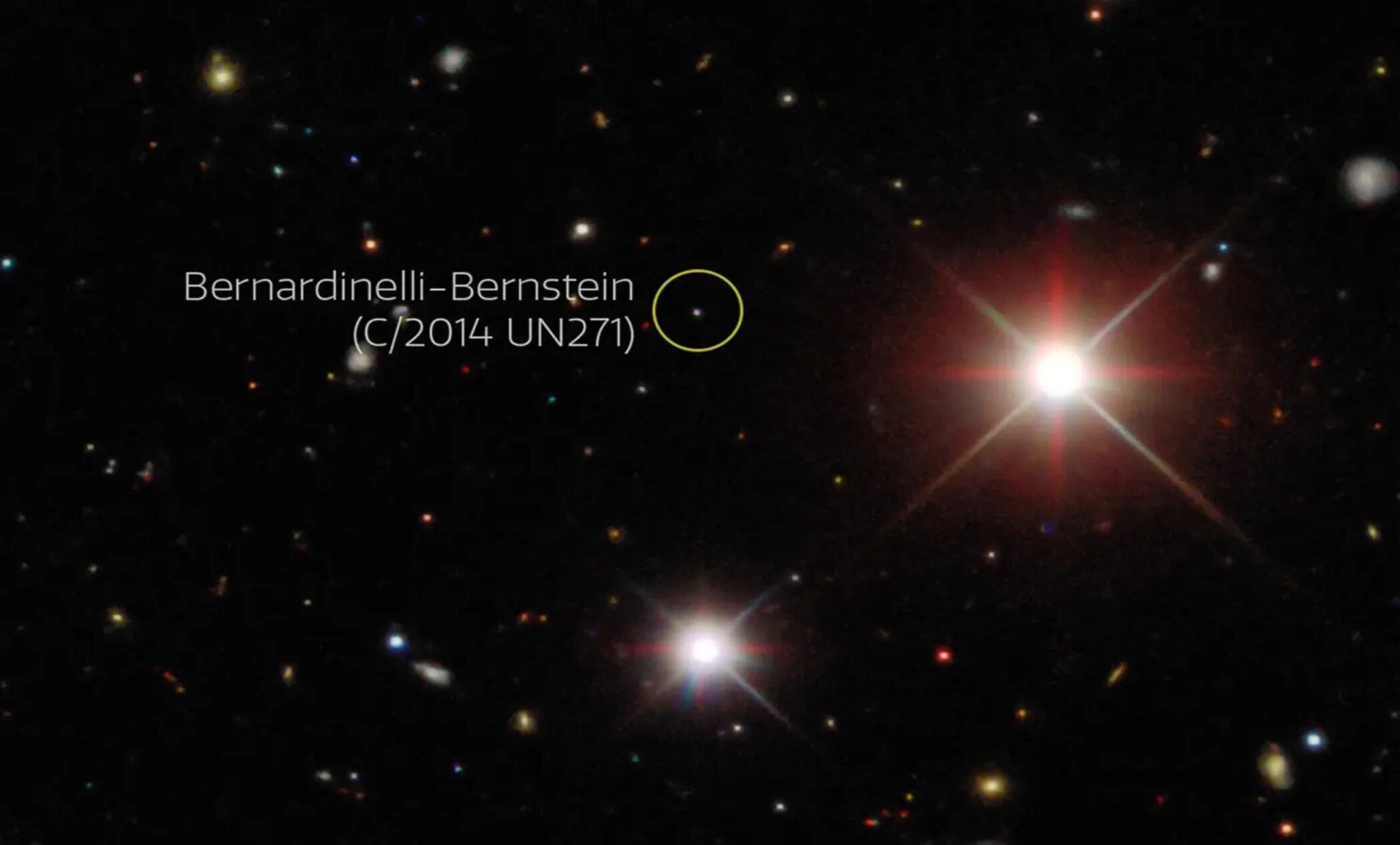 More than a decade after it was first identified in 2010, NASA’s Hubble Telescope has confirmed the size of the largest comet nucleus ever seen by astronomers.

C/2014 UN271 has been identified as a behemoth comet, with an approximate diameter 80 miles, making it larger than the state of Rhode Island in the United States.

The nucleus is roughly 50 times larger than that of the majority of known comets. Its mass is estimated to be 500 trillion tonnes, which is a hundred thousand times that of a typical comet.

“The behemoth comet is barreling this way from the edge of the solar system at 22,000 miles per hour,” NASA stated on its official site.

“And don’t worry: the comet will still not come any closer to The earth than Saturn,”NASA tweeted.

Big news! No. Really. @NASAHubble confirmed the largest comet ever. Its nucleus is bigger than Rhode Island.

But don’t worry: the comet won’t come any closer to Earth than Saturn: https://t.co/yiZe9Quanh pic.twitter.com/dui5dfdxs8

SEE ALSO: Hubble Captures Stellar Tantrum 1250 Light Years Away And NASA Is Reminded Of Lady Gaga’s ‘A Star Is Born

Comet C/2014 was discovered in recorded images from Chile’s Cerro Tololo Inter-American Observatory by astronomers Pedro Bernardinelli and Gary Bernstein. It was observed in November 2010 at a distance of three billion miles from the Sun – roughly as same as Neptune.

Comet C/2002 VQ94 held the previous record, with a nucleus approximated to be 60 miles along. The Lincoln Near-Earth Asteroid Research (LINEAR) project discovered it in 2002.