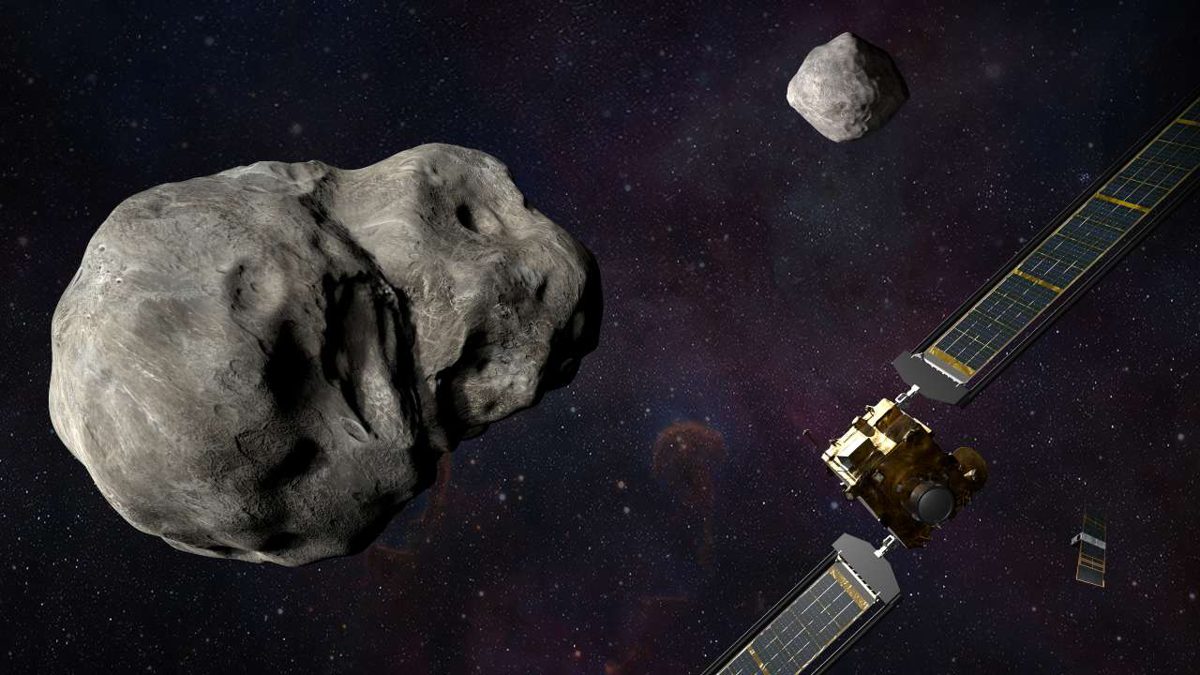 NASA has announced that its first planetary defence spacecraft is being prepared for launch on November 23.

The Double Asteroid Redirection Test or DART will be launch aboard a SpaceX Falcon 9 rocket from the Vanderburg Space Force Base in California and will take part in the first-ever test of the agency’s asteroid deflection technology, in September 2022.

As part of the test, the spacecraft deliberately crash into the Didymos 65803, a near-earth asteroid system comprising of a 780-meter asteroid orbited by a 160-meter moonlet.

“DART will be the first demonstration of the kinetic impactor technique to change the motion of an asteroid in space,” the agency said in a blog post.

The DART spacecraft will use electric ion propulsion. Credit: NASA

Near-earth objects (NEOs) are comets and asteroids whose orbits around the sun come within 48 million kilometers from earth, at its nearest point. NEOs are unpredictable and have the potential to trigger a planetary scale extinction if they were to collide with the earth.

Cameras and autonomous navigation systems aboard the DART spacecraft will help it crash into the Didymos moonlet at around 6.6 kilometers per second, according to NASA.

Similar to the agency’s Psyche spacecraft, DART will use electric ion propulsion on its year-long journey to the asteroid system.

“By utilizing electric propulsion, DART could benefit from significant flexibility to the mission timeline while demonstrating the next generation of ion engine technology, with applications to potential future NASA missions,” NASA said.

Early this week, a new study found that if everything else fails, simply nuking an asteroid to smithereens could actually work.

Trade of China’s Shenzhen with RCEP members exceeds $147 bn in...