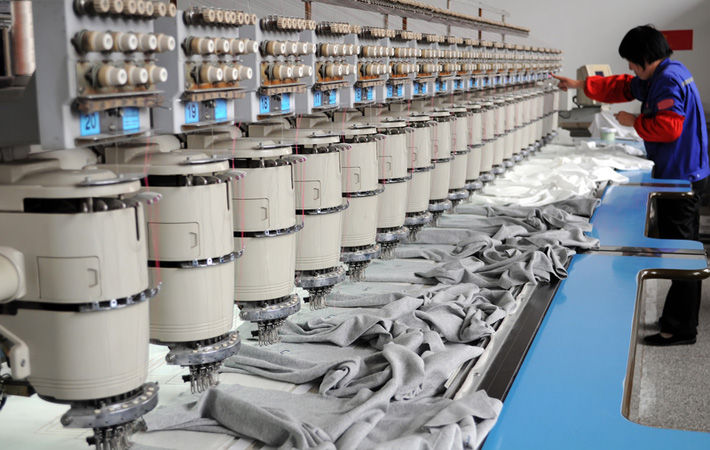 More policy measures to expand domestic demand are needed to strengthen China’s economic recovery that gained momentum in December as signs of souring exports and employment situation emerge, according to experts. Though manufacturing activity accelerated in December, contraction in export orders and staff levels within the sector added a cautionary note.

Zhang Bin, a senior researcher at the Chinese Academy of Social Sciences’ Institute of World Economics and Politics, said it is necessary for China to roll out a basket of policies to effectively boost domestic demand and counter the economic downward pressure posed by a lackluster property sector and a potential slowdown in export growth.

China’s export growth, though expected to maintain some resiliency, may nevertheless decelerate this year as overseas demand softens amid the tapering of stimulus packages in major economies, underlining the necessity to bolster domestic demand in China, Zhang was quoted as saying by a government-controlled media outlet.

More policy measures to expand domestic demand are needed to strengthen China’s economic recovery that gained momentum in December as signs of souring exports and employment situation emerge, according to experts. Though manufacturing activity accelerated in December, contraction in export orders and staff levels within the sector added a cautionary note.

“It is sensible for China’s central bank to reduce policy interest rates as soon as possible to boost market demand for investment and consumption,” he said, adding that fiscal policy should become more proactive in spurring infrastructure investment.

Such measures will be key to helping the Chinese economy achieve a reasonable economic growth of about 5.5 per cent this year—a necessary level to sustain a stable employment situation, Zhang added.

Specifically, the Caixin China general manufacturing purchasing managers’ index (PMI), a privately surveyed gauge of manufacturing activity, rose to a half-year high of 50.9 in December, versus 49.9 in November, indicating renewed growth momentum of the sector amid rising production and sales levels.

A PMI reading above 50 indicates expansion, while one below signals contraction.

However, the survey, released by Caixin media group, showed that the sector’s workforce fell for the fifth month in a row in December at the fastest rate since February 2021, with company respondents citing that they were not particularly enthusiastic to fill vacancies left by staff resignations or retirements.

The sub-gauge for new export orders stayed in contraction territory for the fifth consecutive month as well, due to a worsened overseas COVID-19 situation, rising shipping costs and a shortage of containers, according to the survey.

The official PMI of the manufacturing sector rose to 50.3 in December from 50.1 a month earlier thanks to abating raw material cost pressure and improving market demand, the National Bureau of Statistics said

Yet the sector continued to see a contraction in new export orders and employment last month, the bureau said.

Policymakers, therefore, are expected to take stabilizing the economy as a key priority this year, Wang said, adding that policy focus should be given to bolstering employment and amplifying targeted support for small and medium enterprises, the media report added.

Virtual, Interactive Expeditions for Black History Month Provide Students with a Diverse and Multi-Dimensional Look at African Americans Throughout History