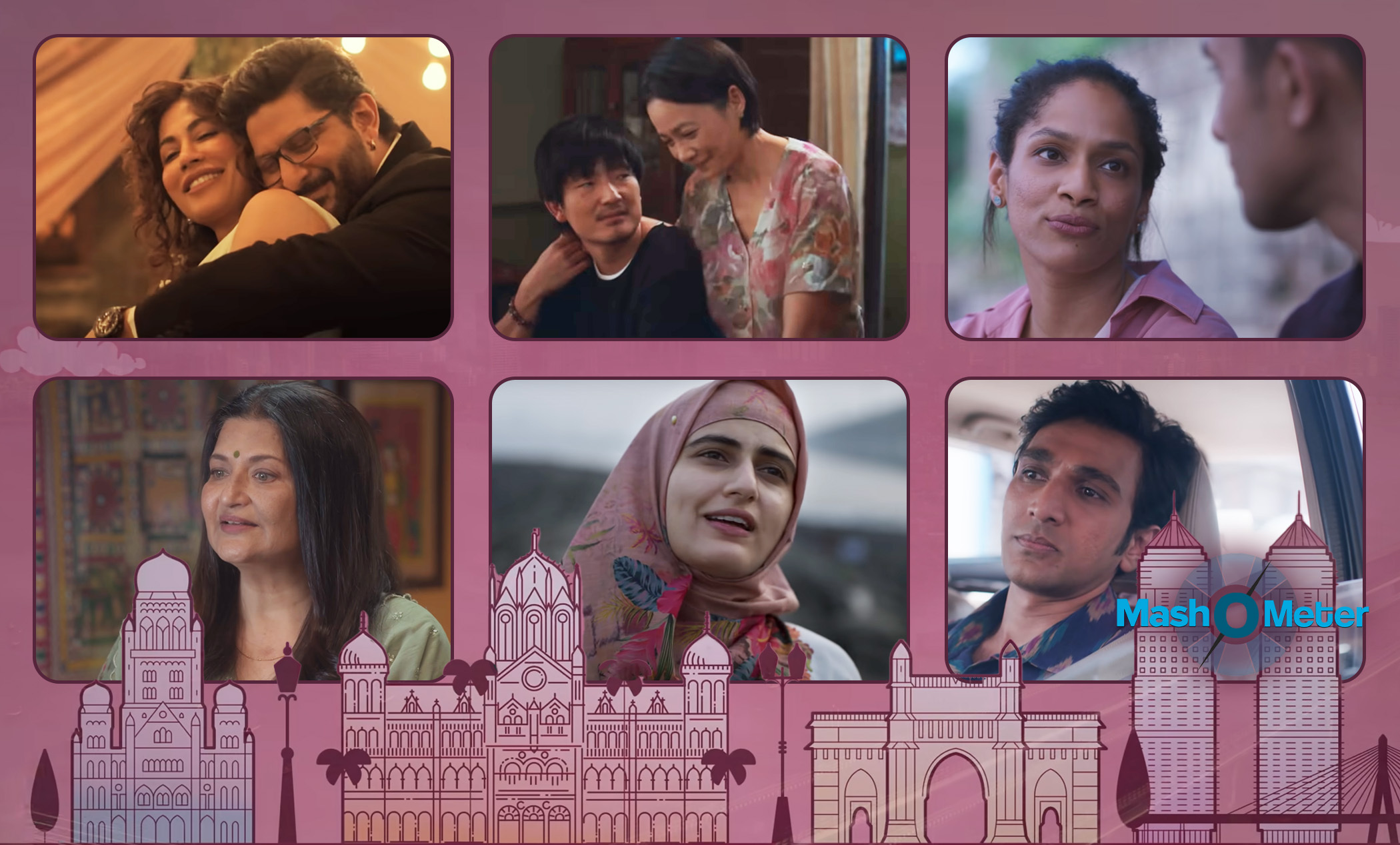 Amazon Prime Video’s Modern Love: Mumbai is a spin-off of the American romantic comedy anthology series Modern Love developed by John Carney. Modern Love: Mumbai is in all, one big love story for all the Mumbaikars out there and the show brought together six stories of people from different cultures, ages, and gender in a perfect amalgamation to celebrate love. Celebrated filmmakers Vishal Bhardwaj, Hansal Mehta, Shonali Bose, Dhruv Sehgal, Alankrita Shrivastava and Nupur Asthana put forth their own unique visions in these stories making them relatable for a weird range of audiences. Inspired by the famous New York Times column, Modern Love Mumbai brings you six diverse yet ubiquitous stories from all walks of life, all set in the city of dreams, Mumbai. Read on to find out whether Modern Love Mumbai is worth watching or not.

The anthology series contains six episodes names My Beautiful Wrinkles, Baai, I Love Thane, Mumbai Dragon, Raat Rani and Cutting Chai. Lets go through each of these stories one by one.

My Beautiful Wrinkles- This episode is directed by Alankrita Shrivastava and relies on the age-old trope of age is but just a number combined with the feeling of losing a loved one. Starring Sarika, Danesh Razvi, Ahsaas Channa and Tanvi Azmi, the story is tale of 63-year-old Dilbar who is anything but your typical grandmother. She hasn’t quite moved on from her lover who died in a car crash and blames herself for his death. She meets a young boy Kunal who has come to Mumbai to kick off his career and is attracted to Dilbar. The story is simple and honestly could be a bit slow for some people. However, it definitely puts forth the beautiful message of how losing your loved one doesn’t mean that you can’t be happy.

Baai– Hansal Mehta and Pratik Gandhi have created magic yet again in this coming-out tale of Manzu. The story revolves around Manzu a homosexual man and how he isn’t able to be himself in front of the person he loves the most, his grandmother and the matriarch of the family, Baai. The story is one of the best ones amongst the lot and is beautifully written and put forth by the entire team. There are several small moments in the story that just touch your heart, for instance, there is a scene in which Manzu comes out gay in front of his father who then goes on to slap him and tells him not to tell Baai. Manzu is then seen crying while lying down in Baai’s lap while Baai asks him what’s wrong. The ending of the story is really emotional but wholesome at the same time. Gandhi and Ranveer Brar’s performance takes the story a notch higher

I Love Thane– Dhruv Sehgal brings to the audience a love story that has been picked up right from the streets of Thane. It is a story of opposite attracts and both Masaba Gupta and Ritwik Bhowmik deliver a pleasing performance. It tells the story of Saiba a 34-year-old career-oriented woman swiping right on dating apps trying to find love. Her path crosses with Parth, and the two hit it off quickly. It is a cute mushy love story without being clinched and is definitely quite relatable.

Mumbai Dragon– Vishal Bhardwaj brings a story of the culture that has rarely been seen before in mainstream media. Bhardwaj tells the story of an Indo-Chinese woman who is really uncomfortable with her son being in a relationship with a girl who is not from their community. Set in the backdrop of how Chinese immigrants in India suffered during the Sino-Indian War in 1962, Yeo Yann Yann’s performance is outstanding. The story in its entity really shows how so many different cultures come down and stay together in Mumbai.

Raat Rani– Shonali Bose brings a quirky yet emotional tale of self love and independence and Fatima Sana Shaikh shines out with her performance of a young Kashmiri woman who gets abandoned by her husband. Shaikh’s performance as Lali in the show could be one of her best ones as she nails the Kashmiri dialect and encaptures you with her funny yet sad story. The story shows how Lali discovers independence and learns to love herself as she decides to ride the Bandra Sea Link on her cycle.

Cutting Chai– Nupur Asthana’s story is about a writer who hasn’t been able to complete her novel and is frustrated that her husband doesn’t help her out. Asthana’s storytelling is quite unique and different from the other stories on the list and Chitrangda Singh and Arshad Warsi’s performances just enhance the entire experience. It is a refreshing take on the same old narrative of how a women has to sacrifice her career for the family.

Modern Love: Mumbai tells six unique story but is a bit slow paced at times. However, it shows the real, raw and unfiltered love stories that are quite needed in the post-pandemic era. Also the background score of the show is beautiful. Modern Love: Mumbai manages to highlight the beauty and uniqueness of Mumbai city in and every Mumbaikar must watch it. Watch the trailer here.