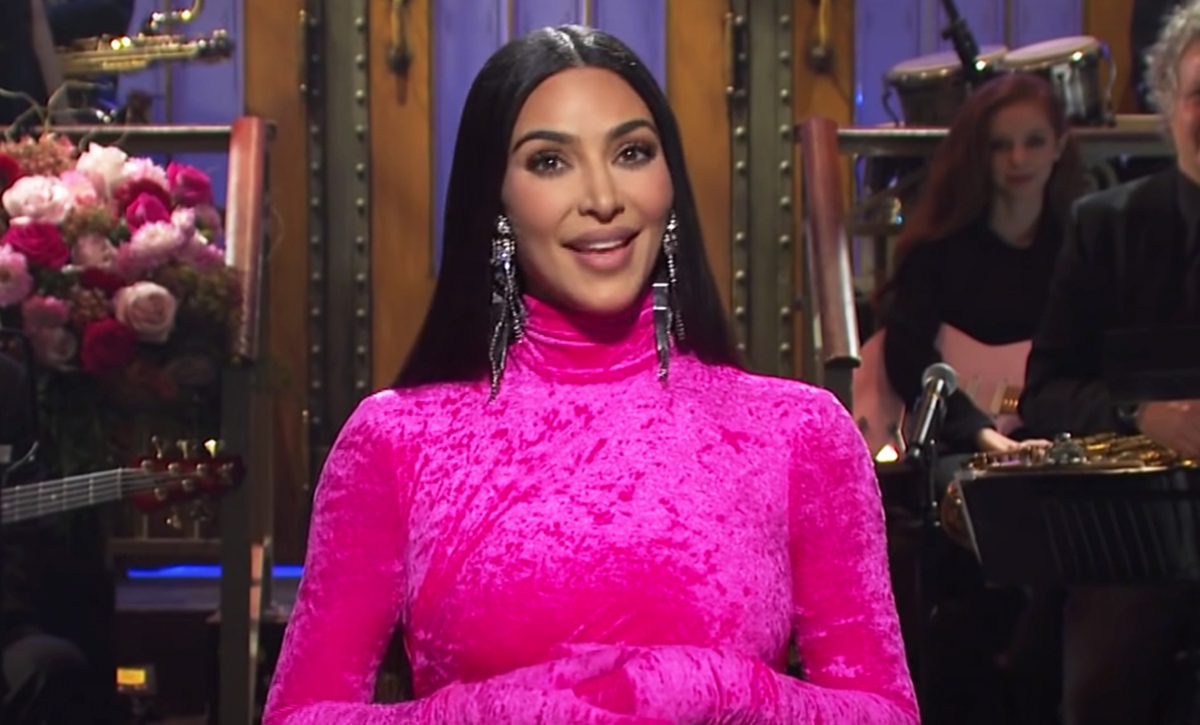 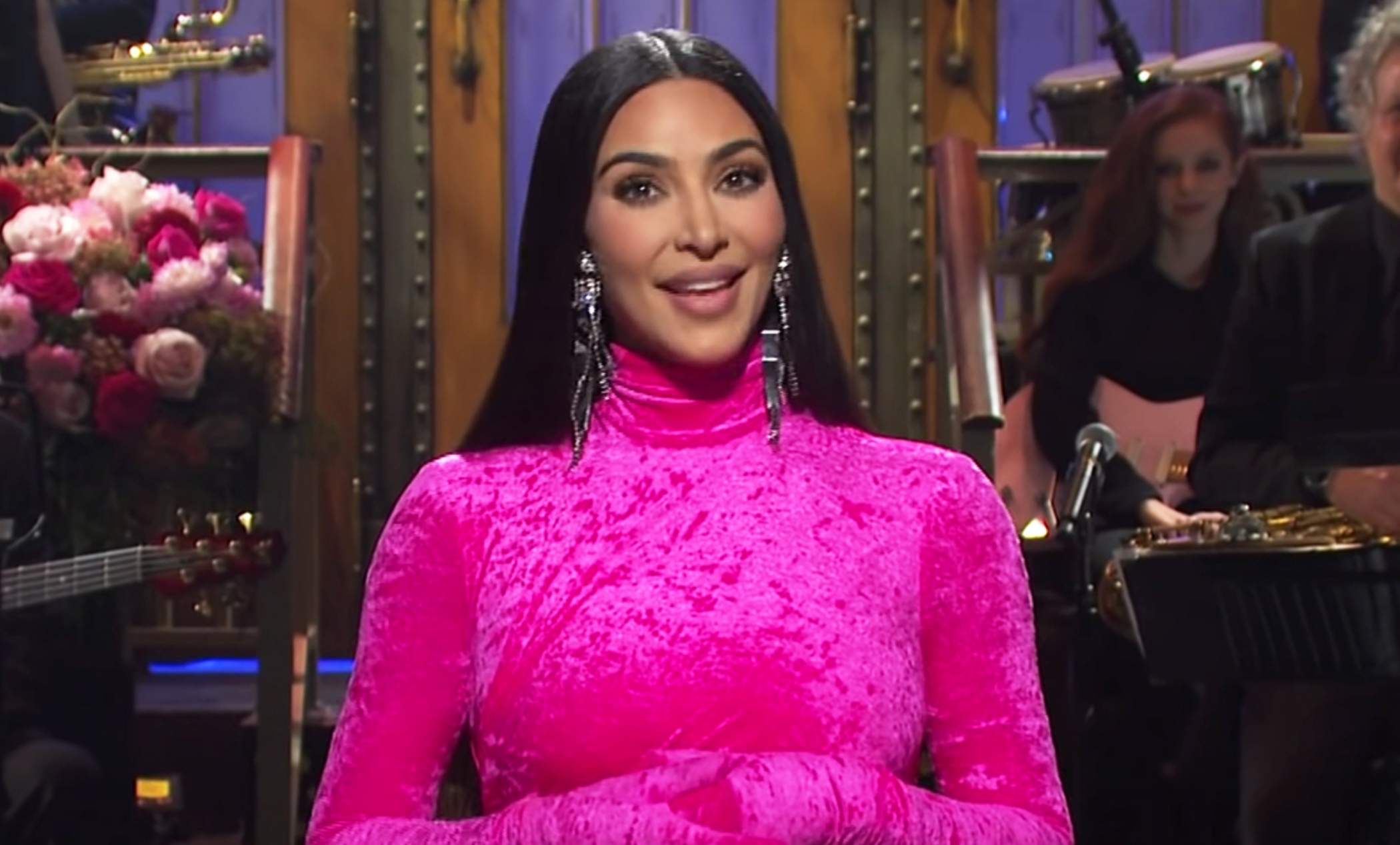 Kim Kardashian West hosted Saturday Night Live for the first time, and damn, she nailed her debut performance with such panache that she left everyone speechless. Dressed in a stunningly gorgeous pink jumpsuit, the 40-year-old reality star took the stage and roasted her entire family, including her estranged husband Kanye West.

Apart from taking funny jabs at the past and present controversies related to her and her family members, Kim kicked off her debut introduction by questioning the SNL team for welcoming her as the host despite having no movie releases in a long time. Addressing her infamous leaked sex tap, Kim said, “I haven’t had a movie premiere and a really long time. I mean, I only had that one movie come out, and no one told me it was even premiering. It must have slipped my mom’s mind.” Ohh boy, Kim surely started with a bang and continued the roast as she swiftly moved on to prove that she wasn’t just a ‘pretty face’. “I’m so much more than that reference photo that my sisters showed their plastic surgeons,” Kim added.

Needless to say, the socialite’s monologue was cool and hilarious enough to impress the audience, who instantly took to social media to praise the diva, with the hashtag #KKWonSNL going viral.

“I’m a Kim not a Karen!” #SNL #KimKardashian pic.twitter.com/GXYE2Lz7pw

Yo, Kim hosting might actually be the funniest shit in a while. This monologue is giving me life #SNL pic.twitter.com/ehtncIIdAx

Kim K pulled a B-Rabbit on stage, Bravo 👏🏿👏🏿👏🏿 she did a great job on the monologue #SNL pic.twitter.com/4y0OPp4aQ5

I’m Not really a fan of hers but if y’all say Kim Kardashian wasn’t good tonight y’all are delusional. She nailed it! & that monologue was savage 🔥🔥 #KKWonSNL

Meanwhile, the Keeping Up With The Kardashians star mentioned all her family members in the (nearly) four-minute-long monologue wherein she even took a comedic jab on her divorce with estranged husband Kanye West after mentioning his failed political attempt. “I’m not running for president. We can’t have three failed politicians in one family,” she said. Furthermore, Kim also added that she was divorcing Kanye because of his personality. “When I divorced him, you have to know it came down to just one thing, his personality,” she stated.

While Kim’s monologue has grabbed everyone’s attention, she impressed everyone with her sketches that featured guest appearances by Amy Schumer, John Cena, Chris Rock, and others. 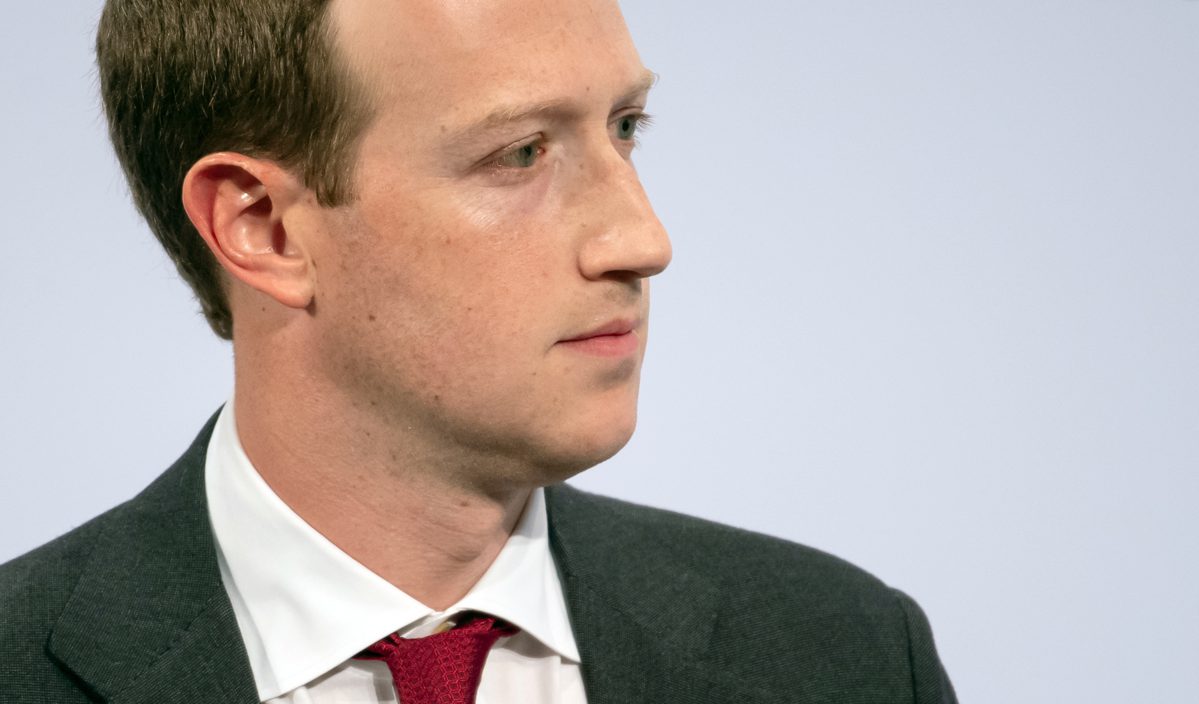 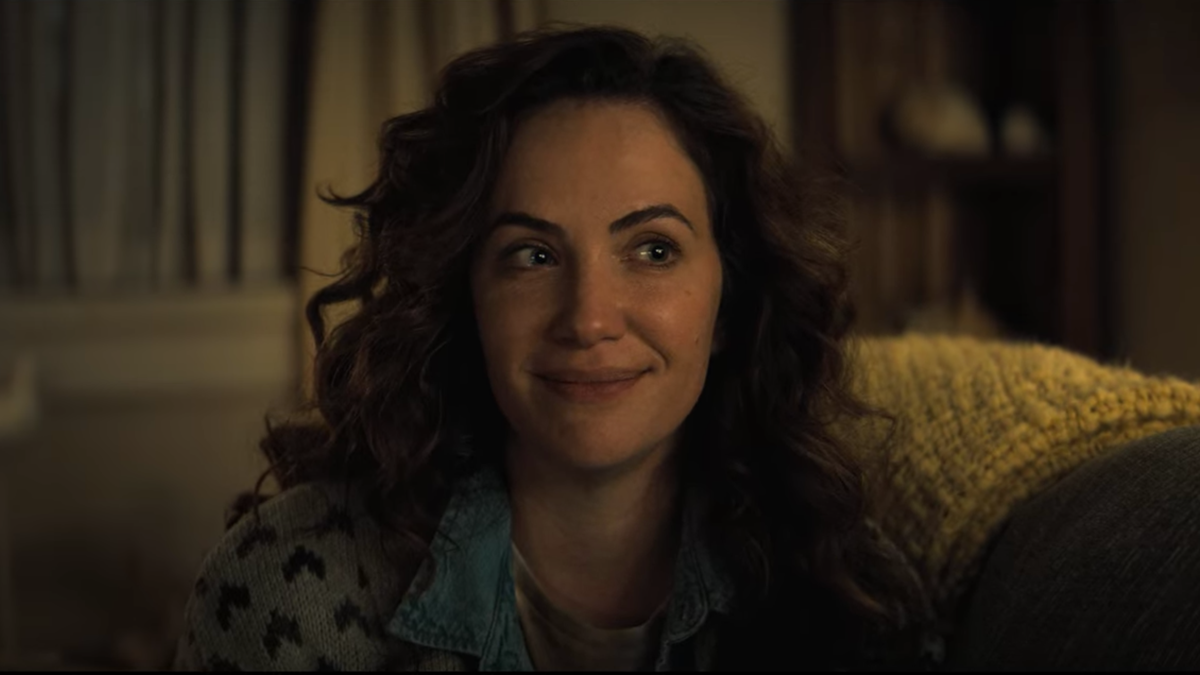