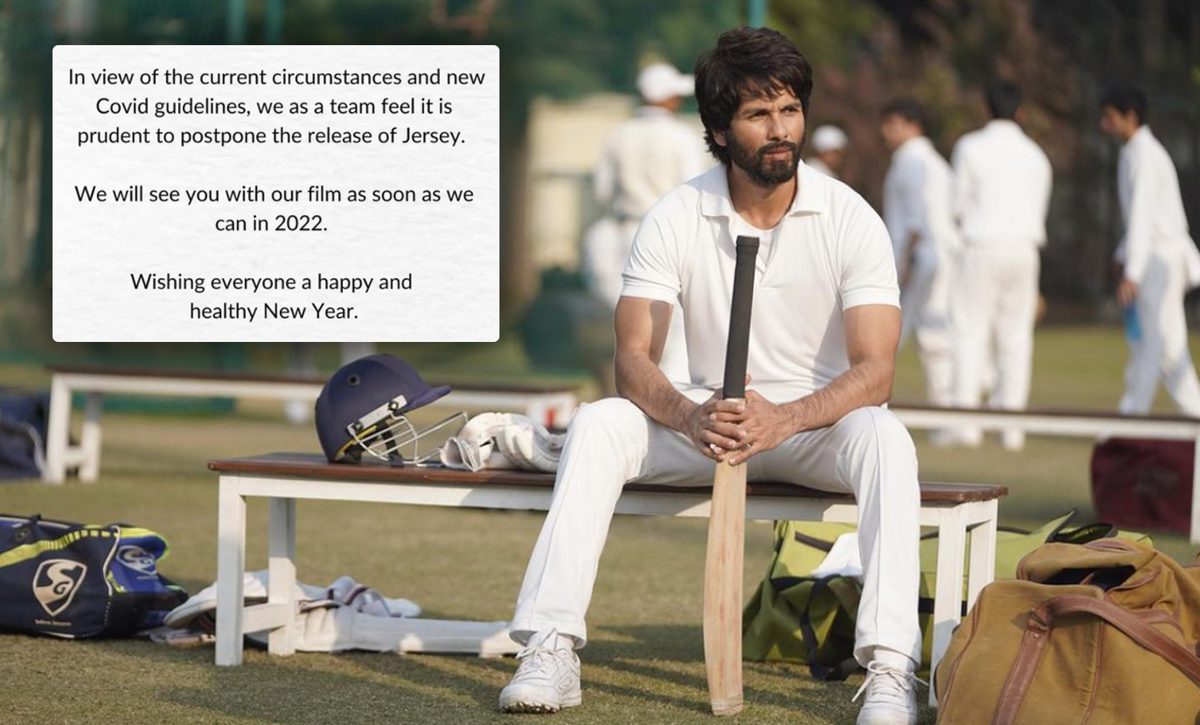 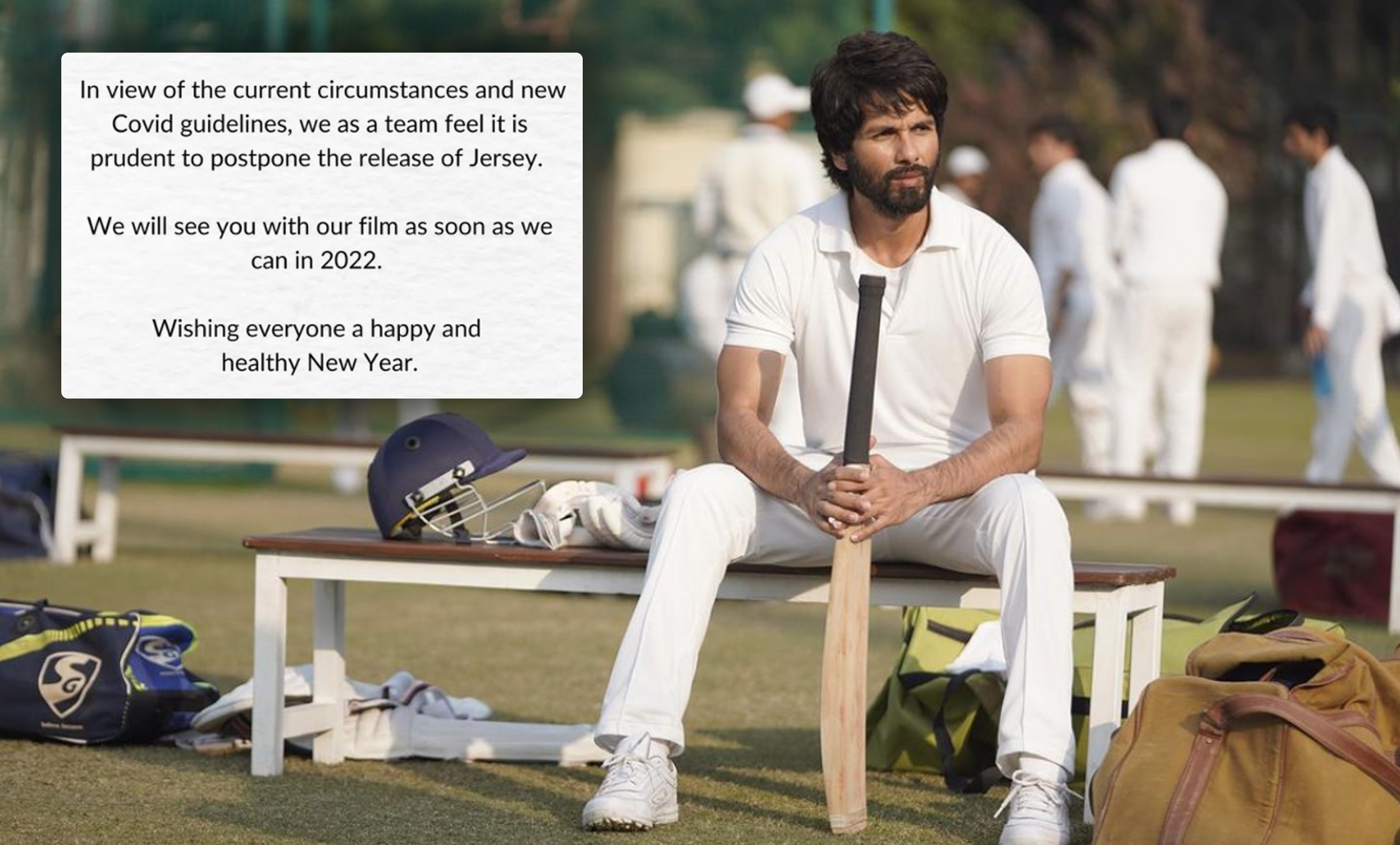 Shahid Kapoor and Mrunal Thakur’s much-awaited sports drama ‘Jersey’ which was re-scheduled to release on December 31, has been postponed indefinitely due to the sudden spike of Covid-19 cases in the country. Lead actor Shahid confirmed the news on Tuesday evening as he shared a tweet stating that it was ‘prudent to postpone the release’ due to the alarming circumstances. “In view of the current circumstances and new Covid guidelines, we as a team, feel it is prudent to postpone the release of Jersey. We will see you as soon as we can with our film in 2022. Wishing everyone a happy and healthy new year,” Shahid wrote.

A remake of Gowtham Tinnanuri’s original Telugu sports drama starring Nani, ‘Jersey’ was originally scheduled to release on August 28 last year, but was shifted to December 31, 2021, due to the pandemic. And given the new set of guidelines imposed in various states, the makers have pushed the film’s release once again. While cinema halls in Delhi have been asked to shut down, Mumbai theatres and multiplexes continue to function at 50% capacity.

While the makers are yet to announce a new release date, the internet has been buzzing with reports suggesting that they could release ‘Jersey’ directly on an OTT platform. But trade expert Taran Adarsh has squashed all these rumours by claiming them to be ‘false’. Meanwhile, SS Rajamouli is currently gearing up for the release of his magnum opus project ‘RRR’ on January 7. The historic drama starring Jr NTR, Ram Charan and Alia Bhatt in pivotal roles will be releasing in Hindi, Telugu, Tamil, Malayalam and Kannada.

On the other hand, Marvel’s latest release ‘Spider-Man: No Way Home’ continues to excel in the domestic circuit while Ranveer Singh’s much-talked-about ’83’ has been struggling to find the groove, but has still managed to cross the Rs 50 crore mark at the box office.

SEE ALSO: ’83’: Is Ranveer Singh Taking A Cut In His Paycheck Due To Poor Box Office Result? Find Out