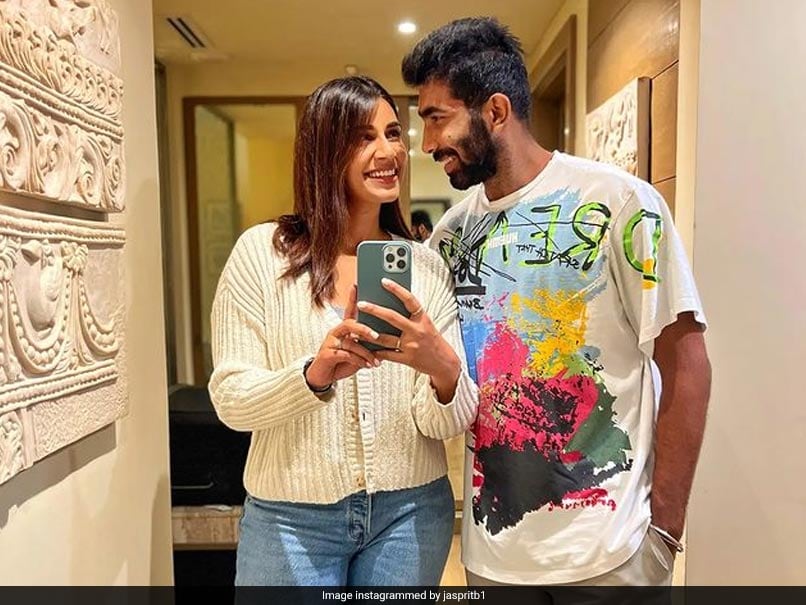 Jasprit Bumrah is missing out India’s campaign at the Asia Cup 2022 due to injury but the pacer has made sure he utilizes his recovery time in the best way possible. Days back, Bumrah had uploaded a video on social media in which he was seen doing exercises for his recovery. He is also ensuring that he spends time with family. On Saturday, the right-arm pacer uploaded a cute picture with wife Sanjana Ganesan. While the picture had both Bumrah and Ganesan all smiles while looking at each other’s face, the bowler’s caption made it more adorable.

“Mirror before us, but I only see you,” wrote Bumrah adding a heart emoji on the post.

Talking about Bumrah in particular, his absence in Asia Cup will give bowlers like Arshdeep Singh and Avesh Khan a chance to play for India at the continental event. The pace attack will be led by Bhuvneshwar Kumar with Hardik Pandya also being available to roll his arms over. It is worth noting that Harshal Patel also failed to make a cut into the squad due to injury.

Team India will be led by Rohit Sharma at the continental event and will start their campaign with a match against arch-rivals Pakistan. The team enters the tournament on the back of a 3-0 clean sweep over Zimbabwe in the recently-concluded ODI series.

Several senior and regular players like Rohit, Hardik, Rishabh Pant and Yuzvendra Chahal were rested for the Zimbabwe tour, but they all are a part of the Asia Cup.

India will hope that Bumrah is back to full fitness before the T20 World Cup in October.