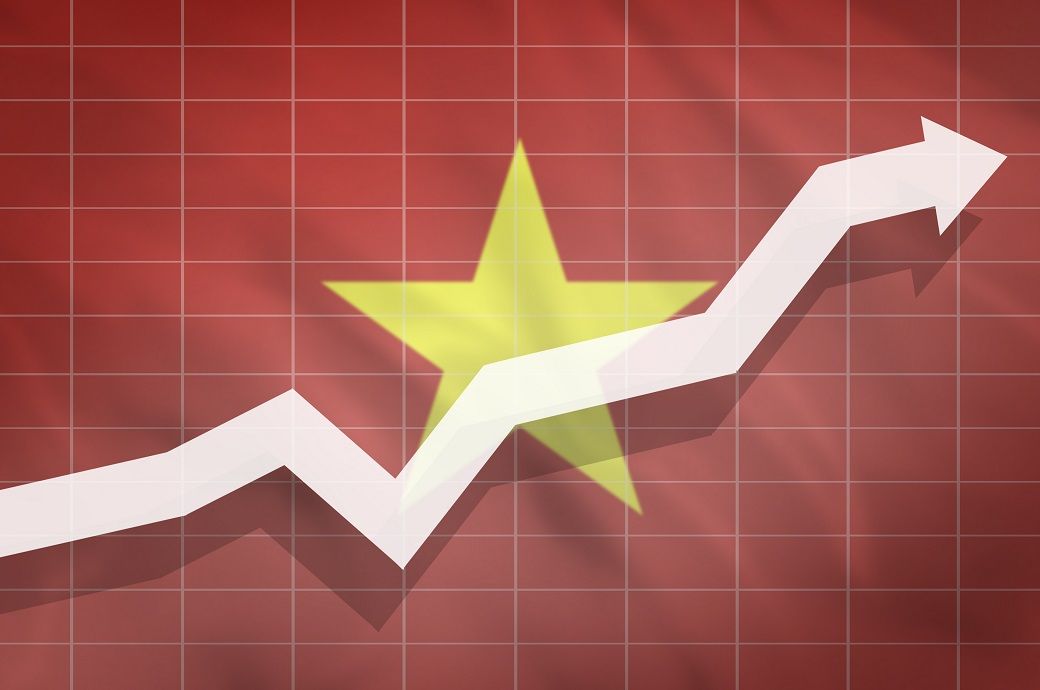 Vietnam’s relatively subdued inflation compared to other countries in Asia has boosted its economic outlook with the International Monetary Fund (IMF) increasing the growth forecast for the country to 7 per cent for 2022. The increase was a full percentage point from three months earlier and the only significant upward revision among major Asian economies.

The first half of 2022 saw a swift economic rebound as Vietnam’s pandemic restrictions eased following the adoption of a living-with-COVID strategy and a robust vaccination drive, according to a press release by the IMF. Supportive policies such as low interest rates, strong credit growth, and the government’s Program for Socioeconomic Recovery and Development have been accompanied by strong manufacturing output and a recovery in retail and tourism activity.

Vietnam’s relatively subdued inflation compared to other countries in Asia has boosted its economic outlook with the International Monetary Fund (IMF) increasing the growth forecast for the country to 7 per cent for 2022. The increase was a full percentage point from three months earlier and the only significant upward revision among major Asian economies.

Vietnam’s inflation pressure has been mostly limited to some goods like fuels and related services like transport. Consumers are largely insulated from the global surge in food prices because of ample domestic supplies, pork prices declining from last year’s peak, and a preference for rice, which remains cheaper than other grains like wheat. Further, price gains for services, such as health and education, have also been very mild.

The IMF lowered the projection for next year by 0.5 percentage points to 6.7 per cent, but that still contrasts with dimming prospects elsewhere and would be the fastest pace among Asia’s major economies. By way of contrast,  growth estimates for Asia were lowered to 4.2 per cent and 4.6 per cent for this year and next in the IMF’s latest World Economic Outlook Update.

Inflation, however, could pick up as economic activity gets back to full speed. Higher costs for transportation and commodities such as fertilisers and animal feed could also raise prices for a broader range of goods and services, adding inflationary pressure.

Consumer prices in the first seven months of the year rose, but remain below the central bank’s 4 per cent target for the year. The economy’s delayed recovery last year has kept core inflation, which strips out volatile food and energy costs, below regional peers.

Vietnam’s recovery also faces headwinds from global growth decelerating from 6.1 per cent in 2021. The IMF’s World Economic Outlook lowered estimates to 3.2 per cent for 2022 and 2.9 per cent for 2023 amid the effects of Russia’s invasion of Ukraine, and the slowdown in China and major advanced economies. Such a slowdown implies reduced demand for Vietnam’s exports, especially from key trade partners like the United States, China, and the European Union.

In addition, financial conditions are tightening as interest rates in the United States and other advanced economies rise to curb inflation. That in turn increases financing costs and can lead to capital outflows as can already be observed in many emerging markets in the region.

Finally, greater uncertainty about global trade and financial markets could impact the recovery, especially if some industries lose access to needed intermediate goods because of further supply-chain disruptions. That could curtail foreign investment in Vietnam, slowing production and technological growth.

Together, the following factors mean policymakers must be agile and make timely changes: Fiscal policy should take the lead in aiding recovery, yet flexibly adjusted to evolving economic conditions. The central bank should focus on rising inflationary risks, and communicate that it’s ready to act as needed and remains committed to meeting its inflation target. Authorities should also continue addressing bad loans in the banking system and closely monitoring for potential risks in real estate markets to safeguard financial stability.

Even after decades of impressive gains, Vietnam still faces several challenges, and broad economic reforms will be needed for it to achieve its developmental goals.

Labour markets would benefit from reducing the mismatches that result if workers don’t have the right job skills, and more formal employment should be encouraged by improving skills and lowering costs for companies to formalise, added the release.

Elsewhere, social safety net coverage should be scaled up and be made more efficient. Climate-related risks can be addressed through concrete policy actions to invest in climate adaptation, reduce carbon emissions, and achieve the country’s ambitious environmental agenda.

Tackling these challenges will further unleash Vietnam to its considerable growth potential and continue advancing on a sustainable development path toward higher income status. Importantly, the country’s development strategy already includes reforms like these, and decisive implementation will help foster sustained, inclusive, and green growth.

The View at The Palm Opens Private Viewing Space