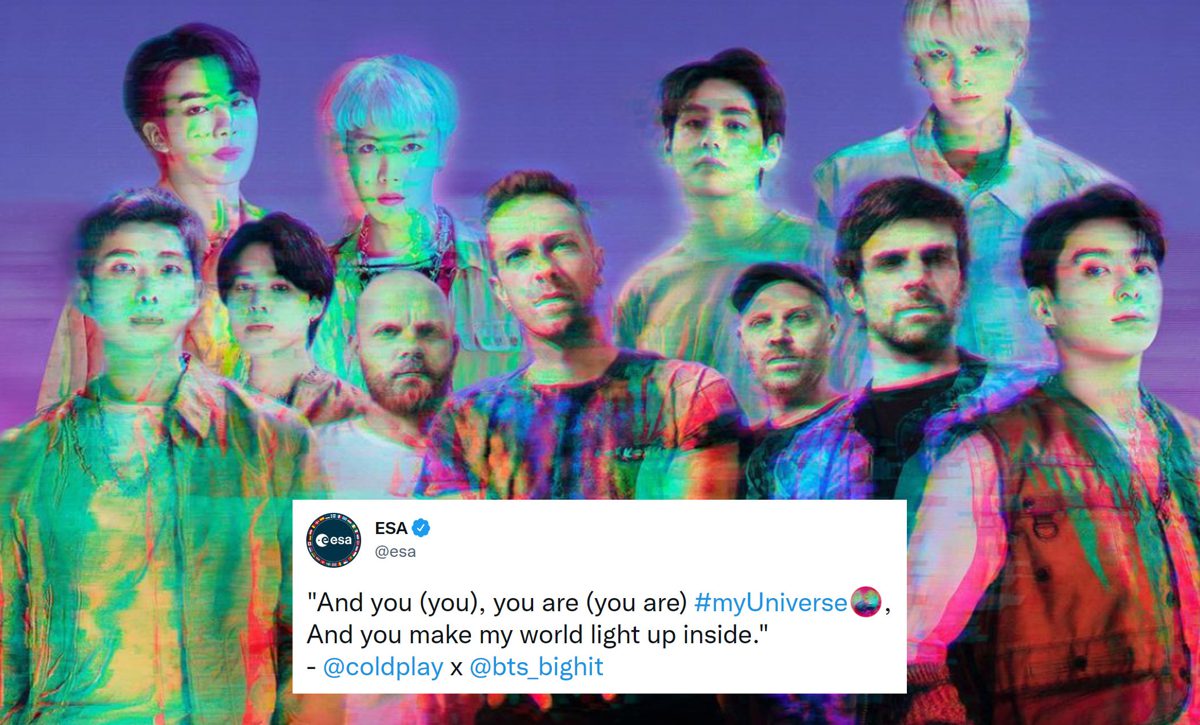 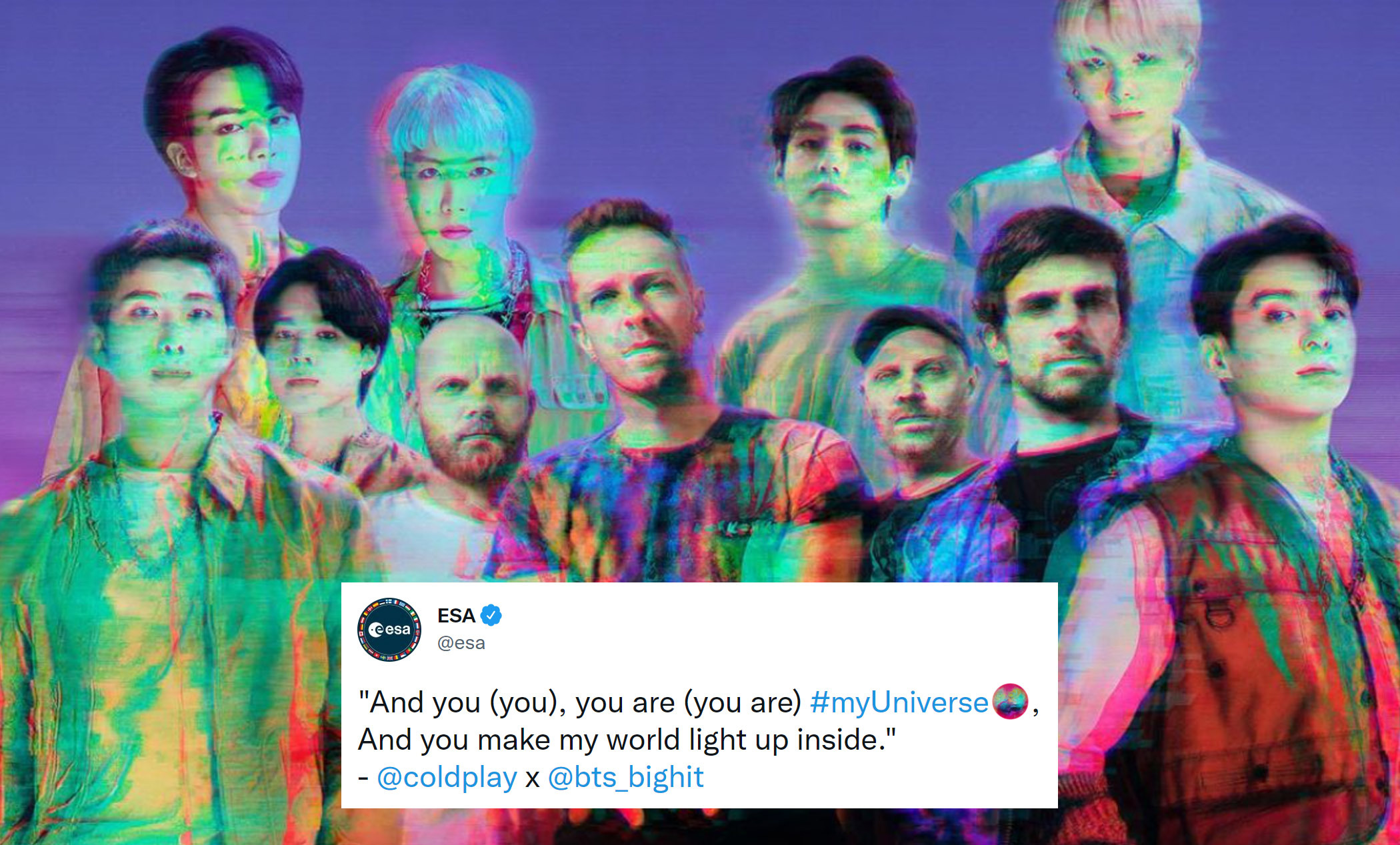 Global K-Pop icons BTS’ first collaboration with British rock-band Coldplay, My Universe, that released last week (Sept. 24), has been climbing up the music charts as fans just can’t keep calm. In addition to the going frenzy, the two popular music bands teamed up at the Global Citizen Festival for a live performance, where the septet joined Coldplay virtually as the latter performed at the Central Park in New York City.

And now, the European Space Agency (ESA) has also joined the bandwagon of BTS Army and Coldplay fans going gaga over the new track. Taking to Twitter, the space agency posted a series of clicks featuring Mar’s surface, Rings of Relativity and other prime pictures from last week (Sept. 20 to Sept. 24) and captioned them using the popular lyrics. “And you (you), you are (you are) My Universe, And you make my world light up inside.’ Coldplay x BTS. Our Week In Images, 20-24 September 2021,” ESA tweeted.

“And you (you), you are (you are) #myUniverse,
And you make my world light up inside.”
– @coldplay x @bts_bighit

Needless to say, music fanatics and the BTS Army were quick to notice the tweet and within no time it was viral on the internet. While fans are still grooving to the bilingual track, that urges everyone to prioritise love with its beautiful lyrics, ESA’s tweet has just got the Army more excited.

Like this is how universe comes together even though we come from different sides 🥺💜 #MyUniverse https://t.co/agCW4Fs6R8

With the official video of the track expected to drop soon, BTS X Coldplay’s ‘My Universe’ will be included in the British rock band’s upcoming music album, Music Of The Spheres, which will release on Oct. 15.

SEE ALSO: BTS And Coldplay Team Up At Global Citizen Live; Leave Army Stunned With Their ‘My Universe’ Performance