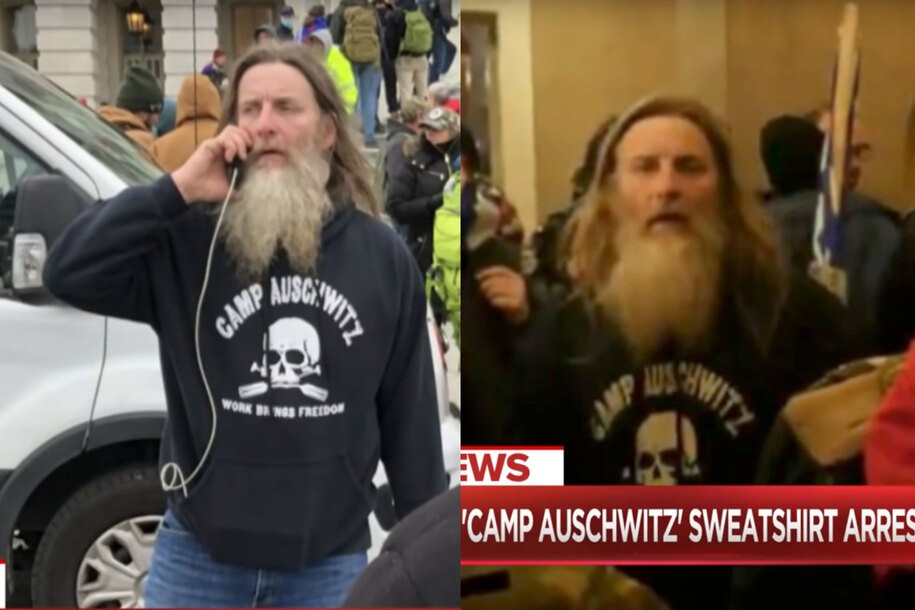 On Wednesday, 57-year-old Robert Keith Packer, known as the long-bearded prick wearing the “Camp Auschwitz” sweatshirt during the insurrection at the Capitol building in Washington, D.C., on Jan. 6, 2021, pleaded guilty to “parading, demonstrating or picketing in a Capitol building.” This guilty plea is a misdemeanor carrying a maximum sentence of six months in prison. His sentencing date is April 7.

Packer and his antisemitic Duck Dynasty look were quickly identified by people online and in Virginia, where he lives. He was also quickly allowed to remain free while awaiting his trial. The front of Packer’s sweatshirt drew attention for how boldly antisemitic and offensive it was. “Camp Auschwitz,” refers to the infamous Nazi concentration camp located in Poland that reportedly saw the murders more than 1 million men, women, and children (mostly Jews). The shirt featured an illustration of a human skull and the phrase “Work Brings Freedom,” an ignorant antisemitic translation of a sign at the entrance gate to Auschwitz that read “Arbeit Macht Frei.”

WARNING: Holocaust imagery below the fold