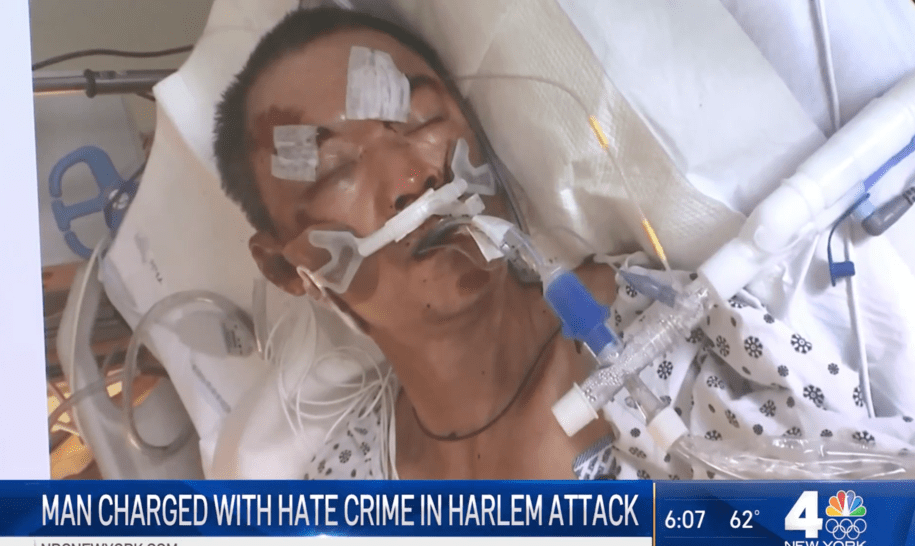 As the rate of the novel coronavirus continues to rise nationwide, crimes against the Asian American Pacific Islander (APPI) community follow suit. Multiple reports have indicated hate crimes targeting Asian Americans across the country due to misinformation about how the virus spread. While awareness of these attacks is spreading, the rate at which they are occurring has not decreased. Most recently, a man who was in a coma for at least eight months after being attacked in a horrific incident has died of his injuries, New York City police said Saturday. He passed away on Dec. 31.

According to NBC News, the Chinese immigrant, identified as Yao Pan Ma, was beaten by a homeless man and hospitalized in East Harlem in April. Video of his attack quickly went viral. He was kicked in the head repeatedly after collecting cans and bottles near the corner of Third Avenue and East 125th Street, which he was doing in an effort to help pay his rent.

According to police, the perpetrator, identified as Jarrod Powell, hit Ma from behind, “causing him to fall to the ground.” Powell was arrested days after the incident and faces charges of both hate crimes and attempted murder. Now Ma’s death has been classified as a homicide, but authorities are still investigating.

“We’re calling on the District Attorney’s Office to upgrade the charges to murder now,” Karlin Chan, a community activist in New York City and a spokesman for Ma’s family, told the Associated Press. “We’re fighting for justice and I hope (Powell) never walks the streets as a free man. He needs to pay for what he did.”

There is a possibility Powell’s charges will be upgraded after the homicide ruling. At this time, no comment has been made on behalf of Powell. His next hearing is scheduled for Feb. 10.

Chan noted that as “recent immigrants,” Ma and his wife “didn’t have any savings.” The couple lost their Chinatown apartment in December 2019 to a fire and had to move in with relatives. Ma had also lost his job at a restaurant as a result of the pandemic. The two were thus doing their best to make ends meet. Unfortunately, tragedy struck on April 23.

Trigger warning: The following thread may not be suitable for all readers due to violent content.

The incident follows hundreds of similar ones across the country where individuals are taking to violent actions against Asian Americans. According to Stop AAPI Hate, a coalition of organizations dedicated to addressing anti-Asian discrimination, at least 10,370 incidents of anti-Asian bias were reported from March 19, 2020, to Sept. 30, 2021. This data confirms a rise in hate crimes against Asian Americans. Last month, data by the FBI found that hate crime reports rose by 76% in 2020.

According to NBC News, New York has had one of the highest surges in hate crimes against the AAPI community, from a recorded three incidents in 2019 to 28 incidents in 2020.

Our family and friends in the AAPI community need our support. Visit the Asian Americans Advancing Justice website to learn how you can help. AAJC develops projects, training, education, and advocacy to advance civil and human rights for Asian Americans.

Comment below if you know of any more resources that can help support the AAPI community.