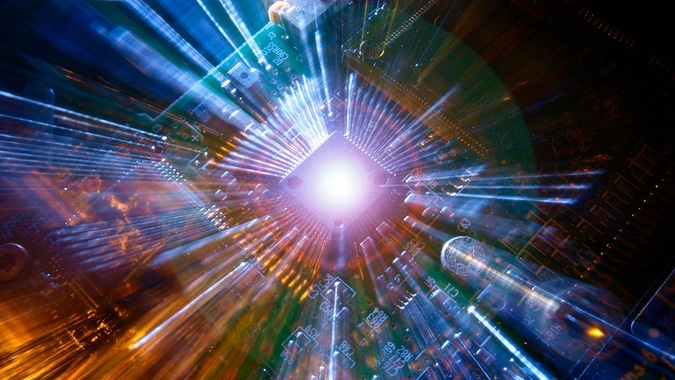 The iShares Semiconductor ETF (NASDAQ: SOXX), whose top two components are Broadcom (NASDAQ: AVGO) and  Qualcomm (NASDAQ: QCOM), is up 47.59% year-to-date, reflecting strong demand for chips amid the global shortage.

However, even with that stellar performance this year, the index posted even better returns in 2019 and 2020.

Index performance is typically driven by that of top components. Broadcom is up nearly 21% this month, its best monthly performance in more than six years.

Qualcomm shares are up 2% this month, but that follows a 35.72% uptick in November.

Broadcom specializes in analog chip design for the telecom, industrial, automotive and computing markets. The stock gapped up 8.27% on December 10 following the company’s better-than-expected fourth-quarter report.

Earnings came in at $7.81 per share, a year-over-year gain of 23%. That topped estimates by $0.07, according to MarketBeat data. Revenue was $7.4 billion, up 15%. That also exceeded Wall Street’s expectations.

Broadcom beat earnings and revenue estimates in each of the past six quarters, according to MarketBeat data.

The company also increased its quarterly dividend to $4.10 per share, up 14% from the prior dividend. Broadcom also rolled out a $10 billion stock repurchase initiative.

In addition, the company issued second-quarter revenue guidance of approximately $6.5 billion, which it said was an expected increase of 13% from the prior-year period.

The stock is up 34.37% in the past three months.  In late August, Broadcom cleared a sloppy consolidation that amounted to a flat base, with a 15% correction. It pulled back briefly, but in mid-October began a rally that trended well above its 50-day line. It’s repeatedly found support at either its 5-day or 10-day moving average.

Broadcom is now extended, but watch for the next moving average pullback which may offer a buy opportunity.

Qualcomm has been trading in a sideways formation recently, hitting resistance at $192.68 on December 16.

Since I wrote about the stock here earlier this month, shares are up nearly 5%. In the current consolidation, the stock has been finding support above both its short-term 5-day and 10-day averages.

The stock’s price performance is outpacing the broader semiconductor industry in the past three months, rising 40.10% vs. 19.96%. It’s also outperforming the semiconductor index during that time.

Qualcomm, too, has cheered investors with its dividend increases. The company boosted its dividend in each of the past 10 years. Its dividend yield currently stands at 1.47%, according to MarketBeat dividend data.

Both Broadcom and Qualcomm have high price-to-earnings ratios, at least relative to stocks that aren’t such fast growers. High P/E’s are not unusual in the tech sector or among growth stocks in general, and that shouldn’t make growth investors nervous.

In fact, semiconductor stocks such as Ambarella (NASDAQ: AMBA), SiTime (NASDAQ: SITM) and Trio-Tech International (NYSEAMERICAN: TRT) have triple-digit P/E ratios. Now, that may be a bit excessive, and an indication that a stock is currently priced to perfection. But the point remains: When a stock is in its high growth phase, you’ll often see this ratio race far ahead of where you “think” it should be.

Even a mature stock like Broadcom, which has a high P/E at the moment, has gone through periods of time with lower P/E ratios. For example, in 2011, 2012 and 2013, when the stock essentially traded sideways, and even corrected, for over two years, the P/E ratio was in the low double digits.

In other words, semiconductors are a hot sector at the moment. That doesn’t mean you should chase an extended stock (in fact, you should not), but it does mean that a high P/E may be part of the package.