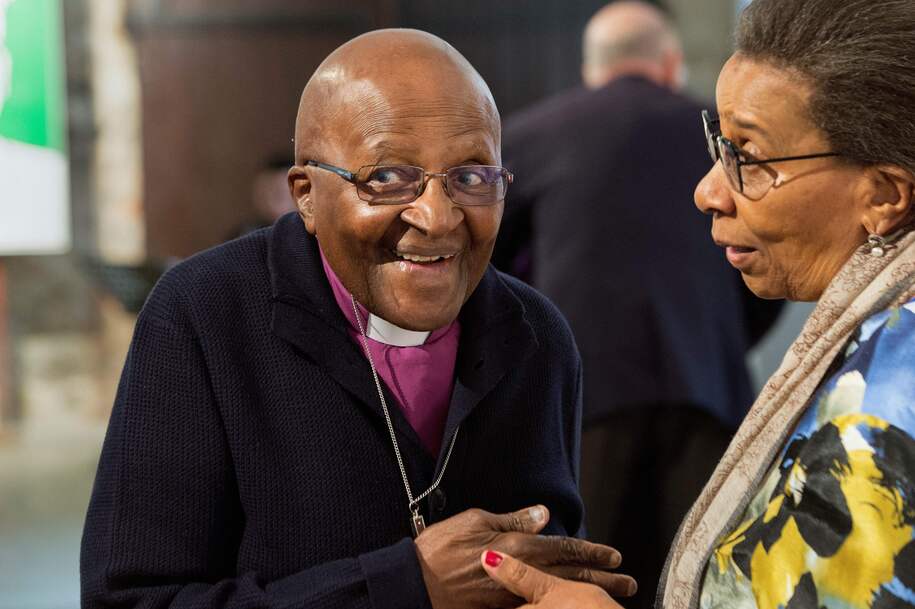 Hero of South Africa’s anti-apartheid movement Archbishop Desmond Tutu died Sunday at age 90. Tutu, later awarded the Nobel Peace Prize, was a leading voice speaking out against his nation’s vicious oppression of Black South Africans, both a key backer of anti-apartheid groups within the nation and a relentless international advocate for anti-apartheid measures.

Tutu was absolute in preaching nonviolence during the struggle, putting him at odds with many in the country who believed government attacks should be met with violence in kind. After Nelson Mandela became South Africa’s first Black president, Tutu was appointed to lead the Truth and Reconciliation Commission. The commission was tasked with documenting, in full, the violence and human rights violations of the past apartheid government. It, too, was criticized by some for its offer of amnesty to those who committed the crimes in exchange for their own public testimony.

As a public speaker, Tutu was known for his irrepressible sense of humor, cracking jokes even in the darkest of days or in front of the most dignified of audiences. Seen as an enemy and a troublemaker by some within the United States who wanted this country to remain silent on apartheid’s cruelties, Tutu was given the Presidential Medal of Freedom by President Barack Obama in Obama’s first year of office. Tutu remained an omnipresent voice for racial justice throughout his life, taking the United States to task for its invasion of Iraq and condemning Israel’s treatment of Palestinians to South African apartheid.

Obituaries for Tutu can be found at The Washington Post, The New York Times, The Guardian and elsewhere.