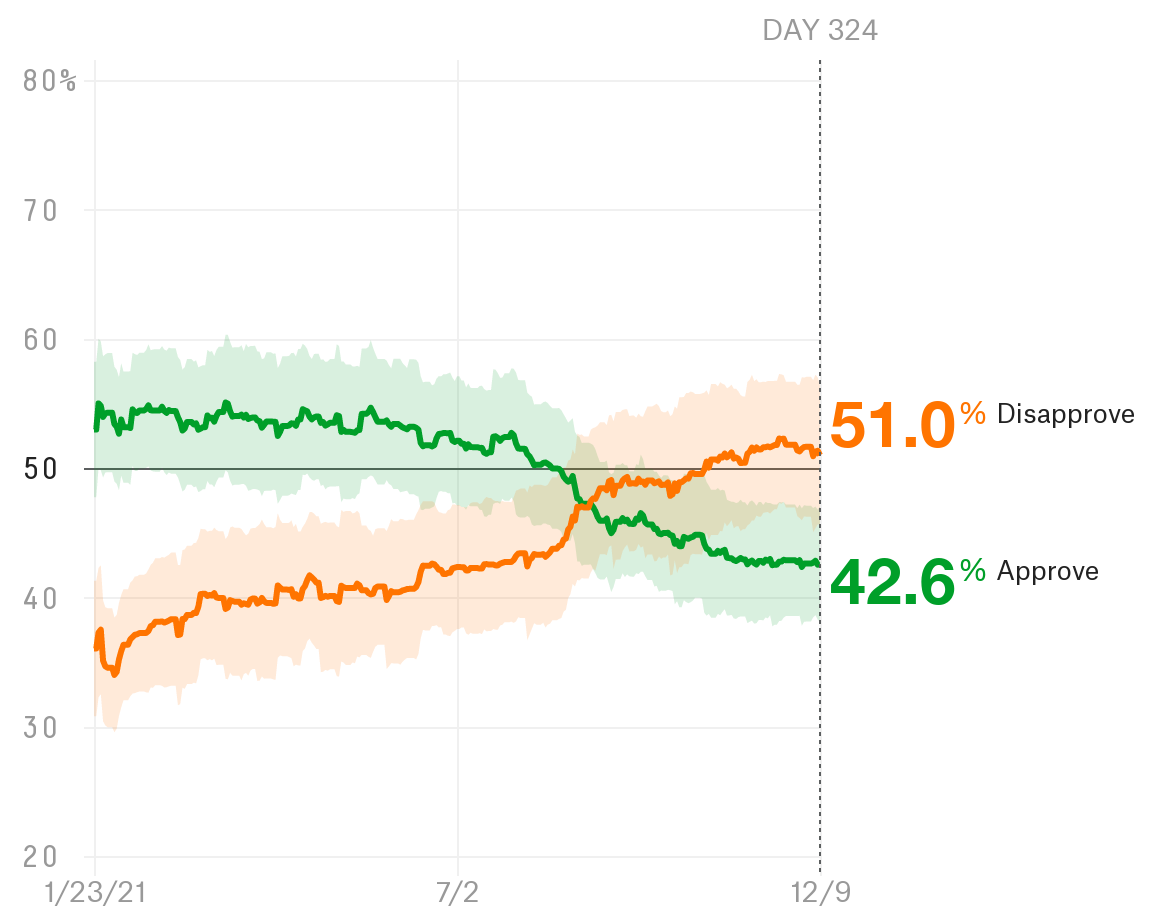 Stacey Abrams, the Georgia Democrat who was propelled to national prominence after her narrow loss in the 2018 governor’s race, announced last week that she’s running for governor again in 2022. At first, the race seemed poised to be a high-profile rematch between Abrams and Republican Gov. Brian Kemp. But that dynamic shifted on Monday after David Perdue, a former Georgia senator who lost his seat in January, announced that he was also entering the race — setting up a primary showdown between a close ally of former President Trump and the GOP incumbent.

So, could Abrams win this time around? Will Kemp prevail in his primary against a Trump-backed opponent as well as numerous other Republican challengers? Right now, polling is sparse, but early estimates point to a competitive general election regardless of who the final nominees are. That’s mainly because Georgia has become a battleground state after Democrats won both Senate races this year as well as the presidential election last year, and because Abrams’s favorability rating is relatively high in the state. Meanwhile, on the GOP side, it’s anybody’s game at this point. While Kemp’s approval has ebbed and flowed in the past year, there’s not sufficient evidence yet to suggest that he can’t eke out a win.

Right now, though, one thing is clear: The Democratic primary is Abrams’s to lose. Given her track record in helping fellow Democrats win competitive elections in Georgia and her reputation in the state, especially around voting rights, it’s unlikely she’ll draw a high-profile Democratic challenger in the primary. Moreover, many Georgians — not just Democrats — like Abrams. According to a spring survey by the Atlanta Journal-Constitution/University of Georgia, 48 percent of Georgia’s registered voters had a favorable view of her, while 45 percent viewed her unfavorably. Abram’s base was concentrated among liberal and moderate voters, with 88 percent and 64 percent holding her in high regard, respectively; it’s also worth noting that 18 percent of conservative voters had a positive view of her. Kemp, meanwhile, earned higher marks among conservative voters (67 percent had a favorable view), but otherwise, he lagged behind Abrams with moderate (34 percent) and liberal voters (16 percent). Overall, just 44 percent had a favorable view of him, compared with 47 percent who had an unfavorable view.

We should certainly take such an early poll with a grain of salt, but if Abrams’s polling is still that high come November 2022, it bodes well for her ability to compete against Republicans in the typically red state, especially in a midterm environment that will likely favor Republicans.

Still, Kemp might be in trouble. The Republican incumbent is running for a second term in what probably should’ve been an easy win for him. But since he resisted Trump’s demands to overturn Georgia’s election results last year, he lost ground with some Republican voters in the state. According to Morning Consult, Kemp’s job approval rating among Georgia Republicans suffered a double-digit decline (from 88 percent on Nov. 13 to 73 percent on Jan. 5) following Trump’s attacks.

But that doesn’t mean Kemp can’t prevail in his primary. The biggest factor currently in his favor — beyond his head start in fundraising — might be that he signed a far-ranging voting law in March that earned him some favor among Republicans in the state. Per Morning Consult, Kemp’s approval jumped from 62 percent among the state’s Republicans when he signed the bill into law, to 74 percent by April 6.

The biggest wildcard for Kemp, though, is Perdue’s entrance into the race. Earlier this week, Fox 5 Atlanta/Insider Advantage released the results of a poll where they asked Republican likely voters in Georgia who they’d vote for in the GOP primary; notably, the poll also informed the respondents that Trump endorsed Perdue. This left the voters at an impasse: 34 percent backed the incumbent and 34 percent backed Perdue. It’s definitely too early to bank on any head-to-head matchups, but Trump continues to poll well among conservative and Republican voters in Georgia, which means his supporters might back his preferred candidate over Kemp.

Beyond Perdue, there are a handful of other Republicans seeking to oust Kemp, too. Vernon Jones, a former Democratic state lawmaker turned Republican and one of Trump’s most vocal allies in Georgia; Catherine Davis, a public speaker; and Kandiss Taylor, an educator, are some of his challengers so far. This means that the vote could be fractured across the candidate field. And as a result, this could force Kemp into a runoff because Georgia’s election rules require a candidate to win an outright majority to become a party’s nominee.

For now, though, the Republican primary is anyone’s game. While it does seem that Abrams has the Democratic nomination locked in, she’ll face a tough general election. And while we shouldn’t discount Kemp’s candidacy on the Republican side, Perdue’s entrance into the race makes that primary much more competitive. We’ll be closely watching what pollsters say as we inch closer to the elections next year.

I buy Stacey Abrams winning over Beto O’Rourke in their races: Silver