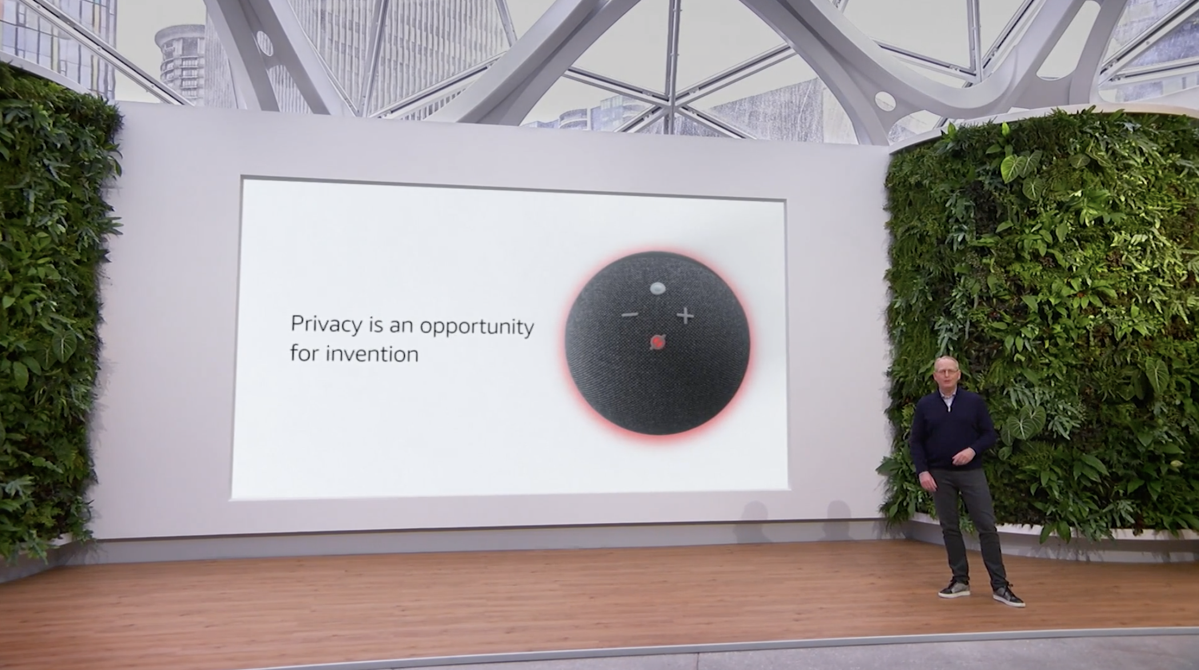 Amazon knows it has a bit of a reputation problem when it comes to customers’ privacy. On Tuesday, the company announced that it’s doing slightly less than the bare minimum about it.

As Dave Limp, the senior vice president of devices and services, explained in a Tuesday livestreamed event, three of Amazon’s smart speakers will “soon” offer the option to stop sending users’ audio recordings to the cloud for processing. That’s notable for numerous reasons, including, as Bloomberg reported in 2019, that those recordings were routinely listened to by real humans.

Even beyond that, having audio recordings processed on device means they’re never sent to Amazon’s servers — a fact that may ease some customers’ privacy concerns.

“We’re rolling out a new feature that reimagines how speech recognition is done,” proclaimed Limp.

But, of course, there’s a catch.

“Soon, customers in the U.S. who have either an Echo Show 10 or the latest generation Echo can choose to have all of their voice requests processed locally on the device using our AZ1 processor, and that audio is never sent to the cloud.”

An Amazon spokesperson confirmed over email that this feature will also be available on the Echo Show 15.

In other words, the change will only apply to three models of Amazon smart speakers and only for U.S. customers. And, perhaps more notably, it sounds like the privacy feature will be opt-in — meaning smart speaker owners who don’t dive deep into their settings to enable the new privacy feature won’t benefit from it.

SEE ALSO: I quit Amazon Prime a year ago. I don’t miss it.

Limp said Amazon “really [looks] forward to offering” this feature on more devices at some future point, but was light on specifics.

Related video: Your privacy may be another victim of the coronavirus pandemic