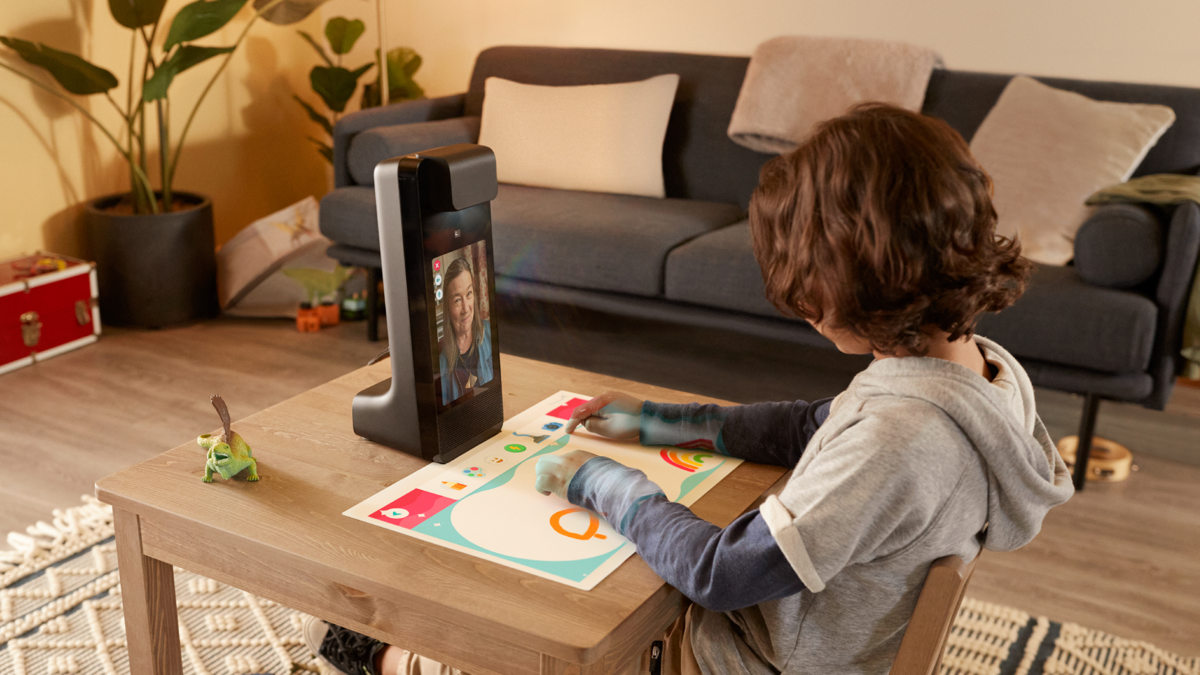 Amazon just introduced the weirdest way to do puzzles with your kids.

At a hardware launch livestream on Tuesday, Amazon announced the Amazon Glow. It’s an odd one: an 8-inch vertically oriented screen for video calls that uses a built-in projector to create a 19-inch touch-sensitive play area on a flat surface. The idea is for kids to be able to complete puzzles, read books with interactive elements, or do other activities with adults who aren’t in the same place as them.

Glow has an early access price of $249.99, but that’s for an invite-only program that will ship the devices out to anyone who gets it “in the coming weeks.” Once it’s available to the general public, Glow will cost $299.99.

Aside from basic video calling, Glow will let kids play games like chess or checkers, or use drawing tools to make their own art. Licensed characters like Buzz Lightyear and Spongebob SquarePants will show up in some Glow apps. Kids can also scan physical objects like toys and turn them into virtual jigsaw puzzles.

Thankfully, it doesn’t seem like the adult on the other side of the line needs a Glow device of their own to participate. Amazon is releasing a Glow app for tablets for that. This is definitely one of the strangest hardware products Amazon has ever made, and we’d understand if you didn’t want to trust a company with a less-than-sterling privacy record with your kids. Still, for parents or grandparents who can’t see the kids in their lives in person, it could be an interesting way to bridge that gap.