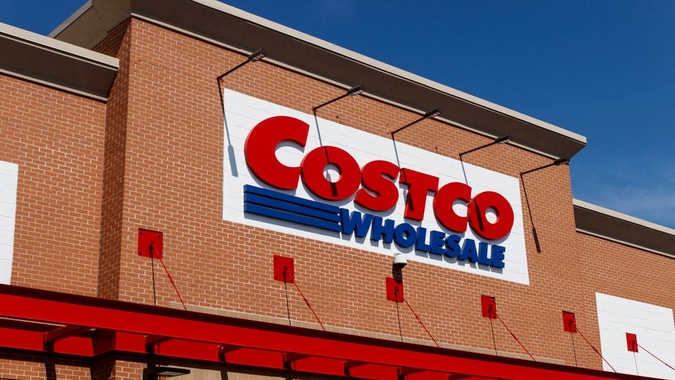 If you have to own one big-box retailer in your portfolio, make it Costco (NASDAQ: COST). The multinational chain continues to generate strong sales year after year from its 817 membership warehouses and is about as safe of a stock pick as you can find, particularly with so many question marks about where the indices are headed next. The company just reported its Q4 results and impressed the street yet again, which might mean that the stock heading higher in the coming sessions.
It’s always wise to own a company like Costco as a core holding in your portfolio, as you know that this well-managed company will continue putting up strong numbers by providing consumer staples at a discount and expanding its market reach. Although the company is trading at a premium valuation and might have to deal with inflationary pressures in the near term, there are still plenty of great reasons to consider buying Costco stock in bulk at this time. Let’s take a further look at why investors should consider adding shares of this iconic retailer.
Market Leadership is Always Attractive
When it comes to owning stocks for the long-term, building an account around several market-leading companies is a recipe for success. That’s one of the big reasons why Costco is an attractive investment opportunity, as it’s a business that pioneered the membership warehouse concept and has developed several strong competitive advantages that have helped the company attain market leadership in the retail industry. One of the most important advantages for Costco is the company’s ability to offer its customers high-quality merchandise at low prices, which leads to strong customer loyalty and steady foot traffic in its stores.
You might be wondering how Costco is able to price its merchandise at a bargain, which is certainly a valid question. A lot of this has to do with the company’s membership fees, which helps Costco benefit from industry-leading profit margins and pass along discounts to its customers. The company buys the vast majority of its products directly from manufacturers and has the goods either shipped directly to its warehouses or to a consolidation depot, which helps the company save on freight and handling costs. There’s also a lot to like about the company’s warehouse setup, as it allows Costco to stock huge quantities of products in its stores and to benefit from industry-leading real estate efficiency. All of this is even more impressive when you consider that Costco has built such a successful business without using traditional marketing techniques.
Continuous Earnings Growth
Another great reason to consider buying Costco at this time is the fact that the company delivers quarter after quarter of positive earnings results for long-term shareholders. This type of consistency is a huge plus and a sign of a well-managed company, particularly when you consider the rise of e-commerce shopping, Amazon and its Prime Memberships, and the increasingly competitive nature of the retail industry. Most recently, Costco delivered very impressive Q4 and Fiscal Year 2021 results that saw the retail giant deliver the largest year-over-year sales growth since the year 1992.
It’s also worth noting that the company saw its EPS improve by 7% year-over-year in Q4 thanks to a 17.5% increase in Net Sales for the quarter at $61.44 billion. This is all the more impressive when you consider how the pandemic positively impacted the company’s sales last year. Given how Costco has continued to show investors that it can put up strong numbers in essentially any economic environment, it’s definitely a strong retail stock to consider.
Holiday Shopping Season Ahead
With the holiday shopping season right around the corner, now might be the perfect time to consider adding shares of Costco. The company generates a ton of revenue during the months of November and December, which includes the infamous “Black Friday” shopping event. Costco has been seeing strong increases in its e-commerce sales, which jumped by 44.4% during Costco’s latest fiscal year. The company is also improving its mobile application, which has grown to over 10 million downloads, along with rolling out a steady stream of new digital-friendly features such as digital payments using the Costco credit card.
All of this adds up to the chance that this holiday season is the biggest one yet for Costco. With the stock trading around its all-time highs and an average analyst consensus buy rating according to MarketBeat, it’s clear that Costco could be the gift that keeps on giving to investors over the next few months. Keep an eye out for a break of $470 per share in the coming sessions for the next leg higher.

Costco Wholesale is a part of the Entrepreneur Index, which tracks some of the largest publicly traded companies founded and run by entrepreneurs.