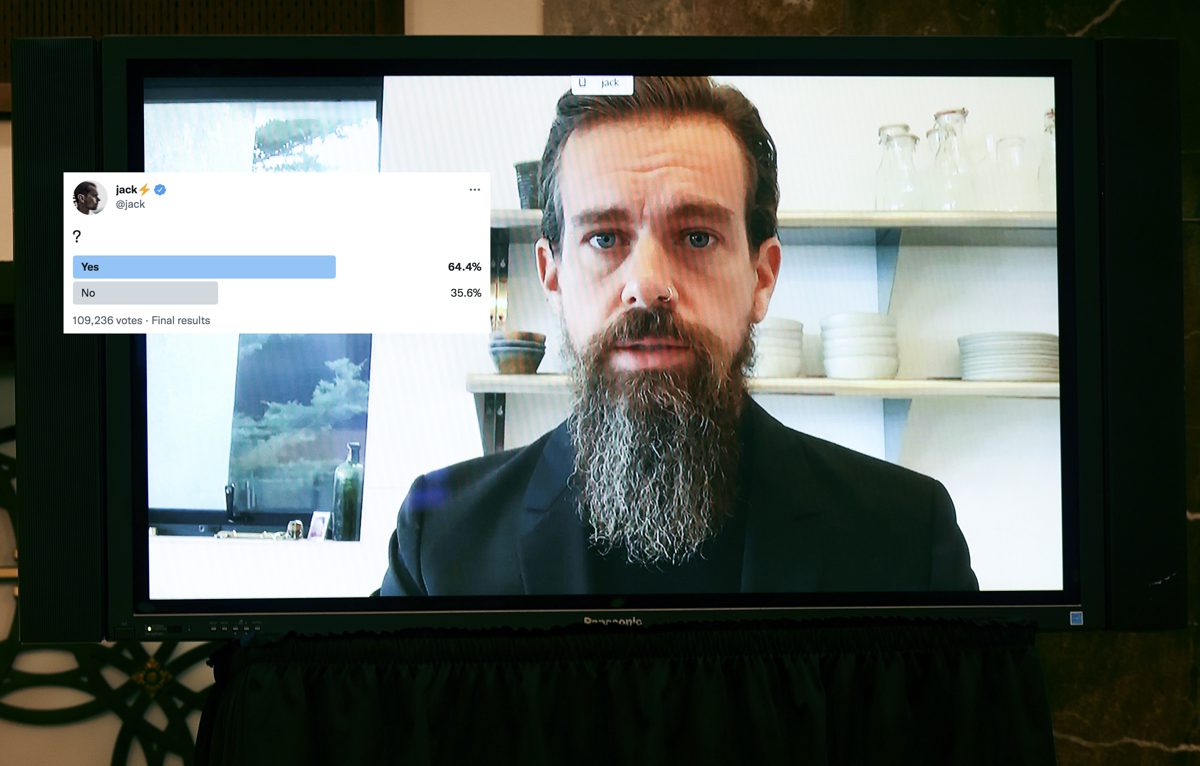 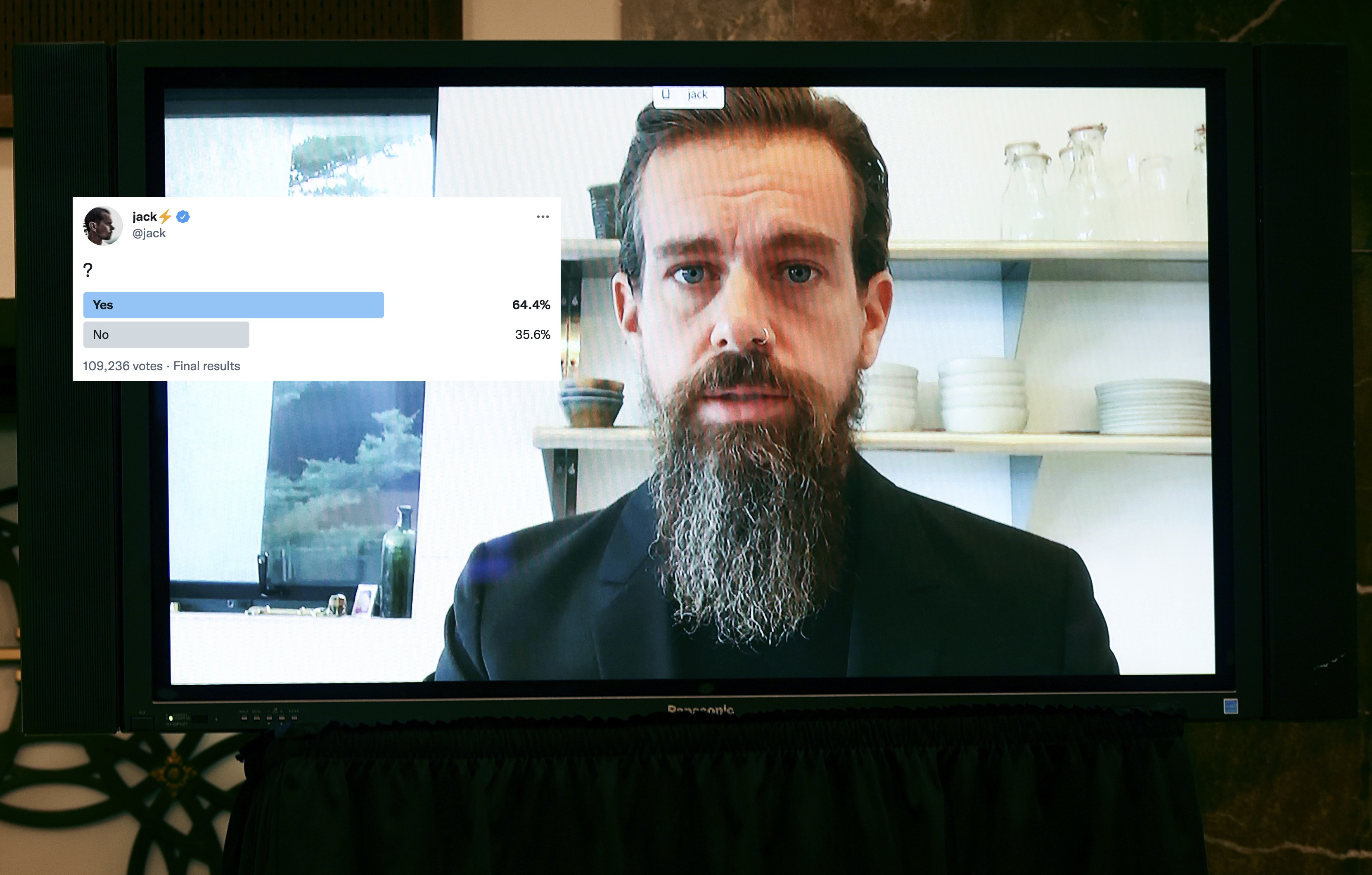 Tech executives are typically known for their work ethic, bank accounts, ability to imagine a different world in the future, and, on occasion, some very weird hobbies. What they are not known for, though, is their ability to communicate in a way that is calm, confidence-inducing, or even, at the very least, kind. And in 2021, boy, did we see that on display.

This year we had a mix of tech executives saying terrible things to their employees, trying to troll Congress, and working their very darndest to tell the story of their white, sunscreen-protected face in a way that makes them seem a little bit cool. Let’s take a stroll down memory lane of six of the wildest things tech executives said in 2021.

“You are a bunch of DUMB DOLPHINS”

In an email to his employees, the CEO of Better.com, Vishal Garg, wrote one of the most unhinged company-wide emails that has ever graced my screen.

Garg was part of a larger controversy this year after he laid off around 900 employees in an impersonal and devastating Zoom call that leaked online. Since then, three of Better.com’s top executives have resigned, according to Insider.

The CEOs of Twitter, Facebook, and Google were brought in front of Congress in March for a hearing, and my God did Congress want the tech executives to just say “yes” or “no.” Rep. Mike Doyle of Pennsylvania asked all three of the CEOs if they thought their platforms contributed to the storm on the Capitol on Jan. 6.

“Just a ‘yes’ or ‘no’ answer,” Doyle said. Facebook CEO Mark Zuckerberg of course did not answer with a simple “yes” or “no,” which infuriated the Democrat. Twitter CEO Jack Dorsey answered with a “yes, but…” and then, of course, he sent a tweet. It was a simple question mark and a poll with two choices — “yes” or “no.”

Some CEO trends transcend time, and this is one of them. Mark Zuckerberg, the CEO of Meta — the now-parent company of Facebook, Instagram, and WhatsApp — just wants everyone to know the details of the paparazzi photo that took the internet by storm. In it, Zuckerberg is hydrofoiling, which is basically surfing but less cool, and his face is fully plastered with a layer no less than an inch thick of sunscreen.

In an Instagram live video between Zuckerberg and Instagram head Adam Mosseri in April, Zuckerberg said he was “eFoiling around” with pro surfer Kai Lenny, when he noticed “this paparazzi guy” following them. He didn’t want to be recognized, so he did what any regular person would do to avoid recognition and “put on a ton of sunscreen.”

Of course it did. Sunscreen is a terrible disguise. Moreover, the story contradicts how he defended his sunscreen slather in the past.

During a leaked Q&A from 2020, Zuckerberg said he spent all day playing in the sun before returning home and seeing a photo that did not make him look very good. He didn’t ever mention seeing the paparazzi.

“I’m not a person who’s under the illusion that I look particularly cool at any point with what I’m doing,” Zuckerberg said during the leaked Q&A, according to The Verge. “But when you’re eFoiling down the coast of Hawaii, and it’s beautiful and it just feels like it’s awesome — and then you come back online and you see that’s the photo, that’s what you look like — it’s like, OK. Alright. That’s maybe quite a bit more sunscreen than I thought I was wearing.”

At the time, he added that he is “not going to apologize for wearing too much sunscreen.”

“I think that sunscreen is good, and I stand behind that,” he said.

In June, the head of Instagram Adam Mosseri, was chatting with youth sensation JoJo Siwa on Instagram live when she spilled a secret about her experience on his platform.

“I know you’re not supposed to have Instagram till you’re 13 — I did. I had an account,” Siwa, said.

“I don’t want to hear that,” Mosseri responded.

“You didn’t hear that,” Siwa joked. “Nobody else heard that.”

This, while a bit wild on its own, was made even more interesting by a series of disturbing leaks about young people on Instagram. Documents from Facebook’s own research leaked to the Wall Street Journal found that “Instagram is harmful to a sizable percentage of [teens], most notably teenage girls.” It also revealed that social comparison and body image issues impact teens more than adults, with some of the most “intense experiences” being social comparison, loneliness, stress, and depression. Nearly half of all teen girls on Instagram feel they “often or always compare their appearance” to others on the platform, and a third “feel intense pressure to look perfect.”

Jeff Bezos thanks us for sending him to space

This was the year of billionaires traveling to space just for fun. First it was Richard Branson, followed by Amazon CEO Jeff Bezos, who each took separate, back-to-back flights to the edge of space. And Bezos would just like to thank the people who quite literally paid for his trip: the Amazon employees he has been mistreating.

“I want to thank every Amazon employee and every Amazon customer, because you guys paid for all this,” he said in a post-flight press conference. “Thank you from the bottom of my heart very much.”

Amazon employees, though, didn’t get that trip to space that they paid for. Instead, they had to work in unsafe conditions throughout the pandemic, including mandatory overtime, which led to some employees being forced to pee in bottles. Many tested positive for COVID-19 as a result.

Most things Elon Musk has said

Finally, there could not be a complete list of tech exec weird comments without a mention of almost everything Tesla and SpaceX CEO Elon Musk has ever said. There simply are not enough characters to fully describe this out, so here is a taste of his best (worst) tweets.