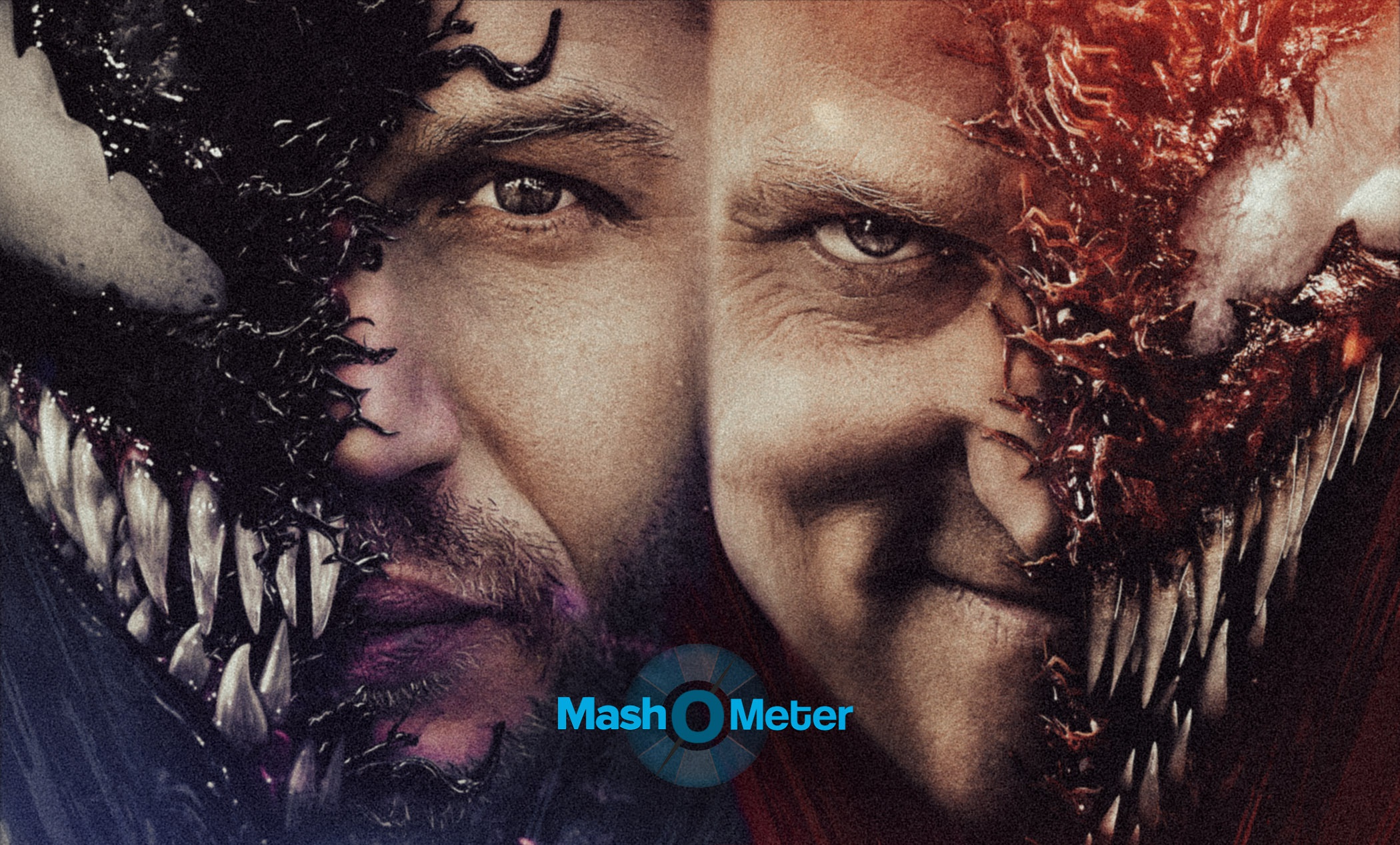 Venom: Let There Be Carnage starring Tom Hardy, Woody Harrelson, Michelle Williams, Naomie Harris is the sequel of the 2018 superhero film Venom featuring the Marvel Comics character of the same name. It is directed by Andy Serkis based on the story and screenplay co-written by Tom Hardy and Kelly Marcel. And while it still revolves around the same symbiotic relationship between Eddie Brock (Hardy) and Venom (also Hardy), the film can also be constituted as a campy rom-com with a couple in dire need of counseling. It is essentially about two romances; the first and the one between Cletus Kasady (Harrelson) and Frances Barrison aka Shriek (Williams). But–incoming GoT reference–their union is marked by a ‘red wedding’ because even Cletus turns host to a variant of the alien parasite which is inside Eddie’s body and all hell breaks loose! The result is a wacky and often noisy 3D extravaganza that hinges a little too much on buddy romance. With a runtime of 1 hour 37 minutes, the film also seems like it is in a hurry, without setting storylines straight or buildup and resorting to computer-generated effects for most of the part. Having said that, it is the banter between Hardy and his virtual co-star that fills the room (until it gets annoying). That and Harrelson’s eccentric villainy in his signature style and mannerism make it entertaining. Is it worth the watch though? Find out in the review below.

This is the second superhero movie after Shang-Chi and The Legend of Ten Rings in a small period of time after the pandemic. And while there is just no comparison, it is smart of Sony to cash the untapped potential of the Marvel anti-hero, one of the few it can anyway. They are also doing it by linking it to the Spiderman multiverse thanks to a teasy end-credit scene. Now, the Andy Serkis directorial screams carnage when it does with better motion capture better when it doesn’t it serves up weird sequences with its characters doing random things and shoddy execution. I’m looking at editing and production design. But even with its shortcoming of a hurried plot and linear storyline and writing inconsistencies, Eddie and Venom’s relationship makes the left, right, front and center of the film and it’s entertaining as hell!

Let’s start with that; Eddie’s and Venom’s back and forth which makes for the most entertaining part of the film. And the credit goes to Tom Hardy’s physical comedy and voice acting. If you haven’t noticed it, Venom’s voice is suitably altered for Venom 2 which also marks the installment’s departure from the dark and horror-like treatment from the first spin-off which grew out of Sam Raimi’s Spiderman 3. Instead, with the change in the tonality, Hardy takes the fun and frivolous route focusing on the plot’s odd-couple dynamic that is more suited for Sony’s PG-13 audience. And yes, the comedy sells! Because Hardy makes it happen with more disillusionment. However, the banter which was cute in the first part and is loaded in the second, does get annoying after a point. Let me know if I’m the only one.

Although it was difficult to sit through Venom wreaking havoc at Eddie’s apartment because he wouldn’t let him chomp down human brains and has him on a chicken/chocolate-only diet–neat freak this side–it was super to see him get equal screen space as his host, unlike the first part which was more regulated and restraining. Here Venom breaks his TV and breaks off the relationship, flipping the finger at his partner and sneaking off to a costume party only to wear neon rings around him.

But it is short-lived because, in the meantime, Eddie scores an interview with serial killer Cletus Kasady and Venom unknowingly gifts him his own symbiote, the red kind! And as we’ve seen in the trailer, Cletus uses carnage to escape prison after a failed execution and reunite with his ladylove Shriek who in turn has her own power, you guessed it, a loud shriek. I have to admit, the alien parasites aren’t the only ones who have a low tolerance for it. And this is where the narrative goes astray because that’s about all the story the film has. Mind you; Woody Harrelson is spectacular with villainy that is hard to break down but unfortunately, he hasn’t been given enough meat to begin and work with. We really do not know why he despises Eddie and what is betrayal he keeps referring to. Or at least it’s not shown with the sincerity it deserves. Neither does Naomie Harris’ character who is reduced to a shrieking and nagging wife who is either left in the background noise (pun intended) or treated as a prop to get to the next plot point. Basically, the film wastes Harrelson and Harris and the comic legacy their characters came with.

And it is safe to say that Serkis fails as a director and Hardy as a writer to give the depth and anchoring the sequel needed to soar. Again, Serkis has done the job when it comes to performance capture roles comprising motion capture acting, animation, and voice work but that’s all one can write home about. Even the climax raises the stakes with a great fight sequence and a boisterous background score with sharp cinematography but that is true when you sign for any superhero movie. There’s nothing different to rave about. In fact, thanks to the lighter tone, the carnage it promised is compromised. And that says something!

Even with its writing inconsistencies and shoddy execution, Venom: Let There Be Carnage is a spectacle that comes alive on the big screens. Watch it for Eddie and Venom’s couple chemistry. That and the end-credit scene that hints at another big spectacle for our anti-hero amid web-slinging and time-jumping heroes. *wink wink*

Venom: Let There Be Carnage was released in the USA on October 1 and is finally here in Indian theatres.

SEE ALSO: ‘Venom: Let There Be Carnage’ Trailer Doesn’t Have A Spider-Man Cameo But Here’s Every Big Reveal