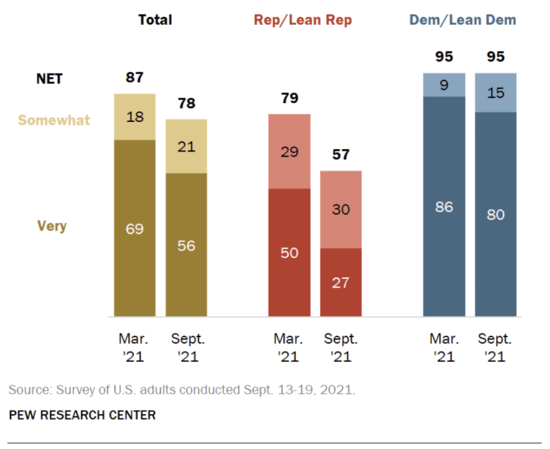 But by mid-September, the number of Republicans/GOP-leaners who felt prosecutions were still very important had been cut almost in half to just 27%, according to Pew. Overall, just 57% of Republicans/leaners still view it as very/somewhat important, while 78% of the broader public does. Democrats, however, have remained steadfast, with 95% in both March and September viewing prosecutions of the perpetrators as very/somewhat important.

Among the broader public, a 48% plurality says the penalties aren’t severe enough, while 29% call them “about right,” and just 20% say they are too harsh.

Basically, people who baselessly believe the election was stolen from Trump are far more likely to give Jan. 6 rioters a pass while also believing they are being unfairly treated.