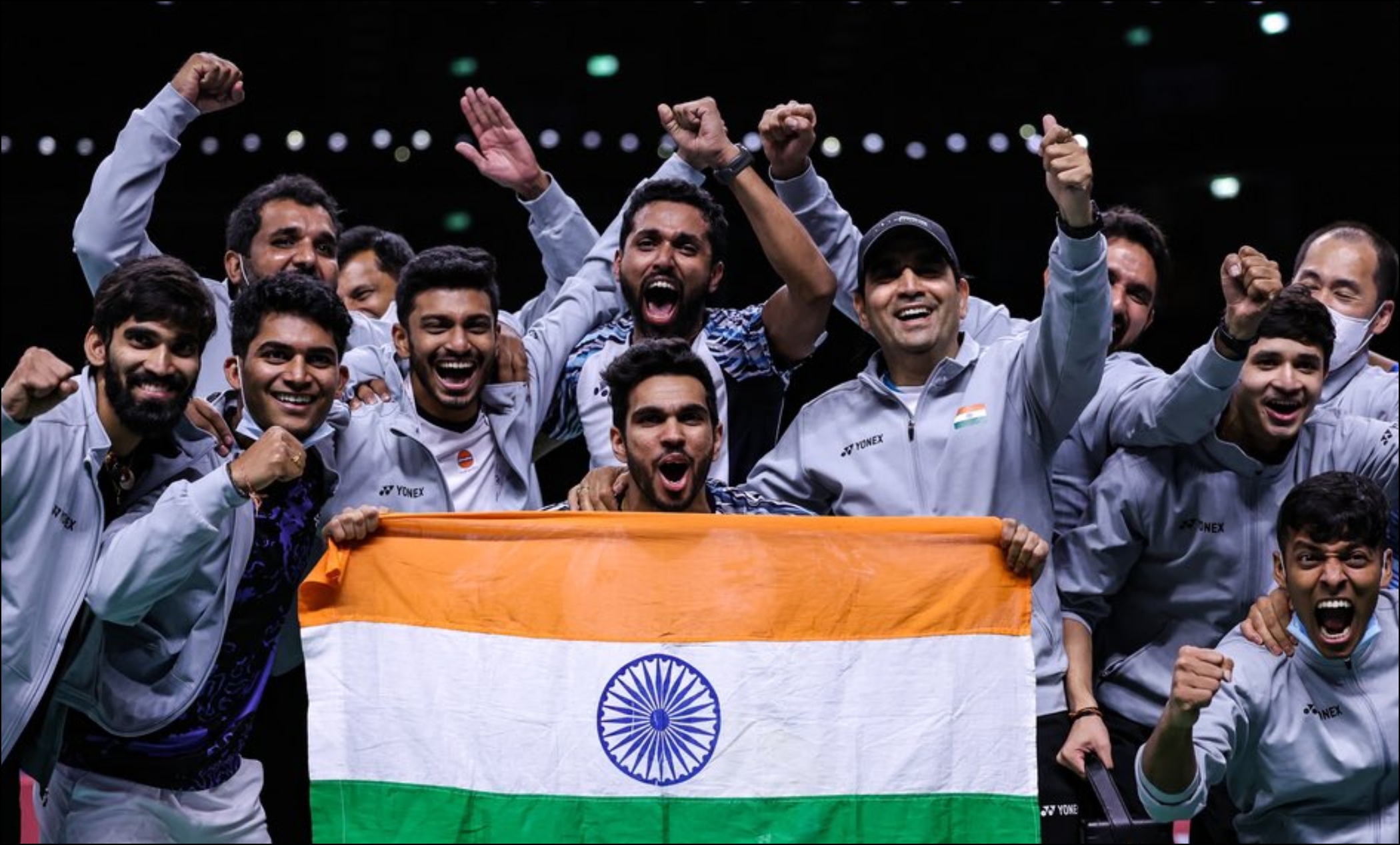 With Indian overcoming Denmark (3-2) in the semi-finals of the ongoing Thomas Cup tournament, the former is all set to face their biggest challenge, defending champions Indonesia, in the finals on Sunday. While the Indian shuttlers have proved their mettle by delivering back-to-back brilliant performances in the tournament, it won’t be an easy task to overcome the 14 time Thomas Cup winners.

Despite Lakshya Sen and the Indian duo of Krishna Prasad-Vishnuvardhan’s losses in the semi-final against Denmark, India managed to sail through to the finals of the Thomas Cup, thanks to the doubles pair of Satwiksairaj Rankireddy-Chirag Shetty, who secured a stunning win for India in the final round. In addition to the Indian doubles pair’s phenomenal win, shuttlers Prannoy HS and Kidambi Srikanth, also helped India secure the much-needed points to make it to the finals.

Dream of a billion plus just came true. Absolute champion stuff from our boys as they became the first ever 🇮🇳team to advance into the 𝙁𝙄𝙉𝘼𝙇S of #ThomasCup

And with India finally making it to the finals for the first time, they will surely have a tough time overcoming tournament favourites and 14-time champions, Indonesia. While the Indian shuttlers are leaving no stones unturned prepping up for the grand finale, here are all the details that would help you catch all the action from home.

When is the India Vs Indonesia final? And What time will it start?

The Thomas Cup 2022 finale between India and Indonesia will be played on May 15. And it is expected to start around 11.30 AM IST on Sunday.

Where is the Thomas Cup 2022 finale taking place?

India will go head-to-head with Indonesia on Sunday at the Impact Arena in Bangkok, Thailand.

Where can you catch all the action?
You can watch India Vs Indonesia on Sports 18 channel in India.