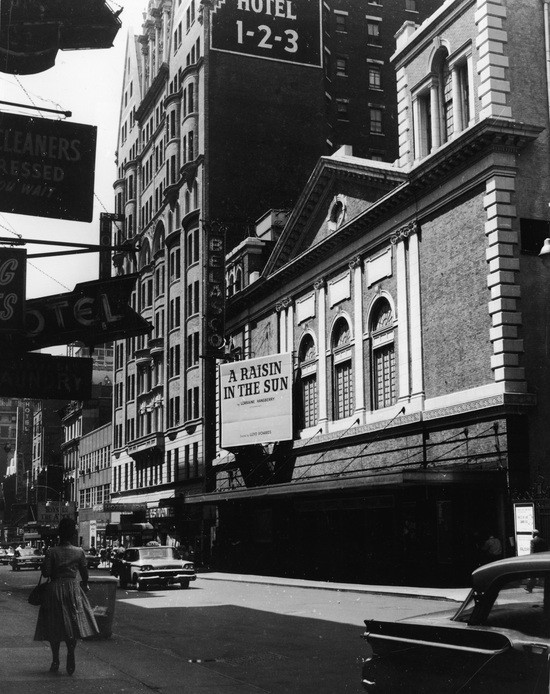 The story goes like this: No one knew whether or not A Raisin In The Sun would be received well at all. Any play’s opening night can be a make or break experience for everyone involved, especially in the 1950s, and trying to put forth a play dedicated to the Black experience in America was in many respects avant garde. The play was good, if not excellent, and Poitier was one of the biggest cheerleaders within the production, according to my grandfather. My grandfather was only attached to the production by producer Philip Rose after he was able to get Poitier to sign on.

The playwright, Hansberry, was a tiny young woman who was very worried that Raisin would not come off. Even as the play did wonderfully in out of town reviews while a Broadway date remained elusive, and even though it had received solid receptions everywhere, Hansberry was trepidatious it wouldn’t go over well on Broadway.

Finally, opening night, the play—as it is now legendarily known—happened, exactly as you might imagine a production of A Raisin In The Sun starring a young and handsome Sidney Poitier, Ruby Dee, Claudia McNeil, Diana Sands, Glynn Turman, Ivan Dixon, Lonne Elder III, John Fiedler, Louis Gosset, Ed Hall, and Douglas Turner would go. It was amazing. It was a victory of artistic, social, cultural, and historic importance.

My grandfather said that the Broadway audience gave it a standing ovation, cheering as flowers were brought up to the cast, followed by ovation after ovation, Poitier glorious and dynamic. My grandfather and others began calling for “the writer!” and Poitier looked about before leaping from the stage and into the audience, racing through the applauding patrons to find and pick up onto his shoulder the diminutive Lorraine Hansberry and carry her through the cheers to the stage.

The story never ceases to move me and is the way I’ve always thought of Poitier, his beauty, his elegance, his talents, and his place in my psyche: He was a glorious and beautiful giant of a person who effortlessly lifted up others to ensure they received their earned glory.

Please feel free to share your stories or remembrances of Mr. Poitier down in the comments.