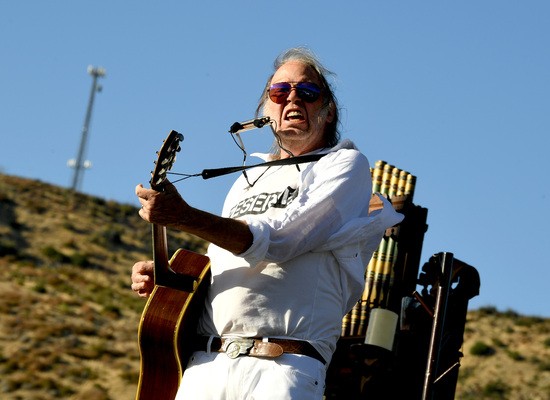 Young’s letter focused on how much damage Rogan and his (frequently) right-wing and science skeptic guests—coupled with generally unmitigated bullshit being spewed about health—could cause misinformation being distributed to the public. “With an estimated 11 million listeners per episode, JRE, which is hosted exclusively on Spotify, is the world’s largest podcast and has tremendous influence. Spotify has a responsibility to mitigate the spread of misinformation on its platform, though the company presently has no misinformation policy.”

Rogan signed a $100 million deal with Spotify in May 2020. For many years now, Rogan’s intellectual curiosity has been very narrow in its breadth—pushing a generally unsophisticated libertarian view of the world (is there a sophisticated version Libertarianism?) that includes all of the anti-vaccine wishy-washiness that people afraid of things like to pretend is courage.

According to Billboard Magazine, Young tangled with Spotify and pulled most of his music from the service back in 2015. At the time, he was protesting the sound quality offered up by the service. Young later relented.