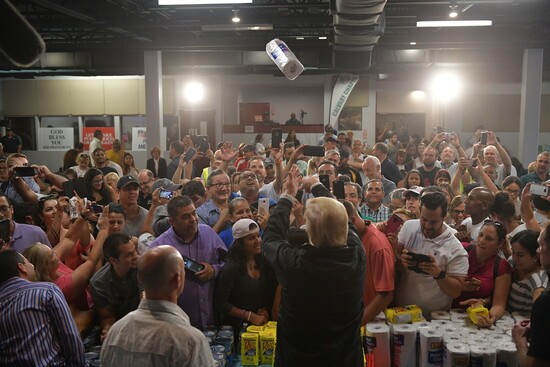 In 2012, in a bid to bring investment to the island, the government of Puerto Rico passed two laws: Act 20 and Act 22. They were controversial when they passed and have remained so ever since. A good, detailed explanation of each of the acts and all of their goodies can be found in this Forbes article, but let’s keep things simple:

Act 22 understandably angers several residents, because it encourages people to relocate to Puerto Rico specifically to escape paying taxes. More benefits are covered under additional Acts, but Acts 20 and 22 are the big ones. In January 2020, those two acts were reaffirmed but consolidated into one overarching law: Act 60.

To qualify for these tax breaks, one must agree to live in Puerto Rico for at least half the year. However, the law in Puerto Rico is that one minute on the island equates to one day. So wealthy individuals could literally touch their private plane down at the airport and have that count as one of their required “days.” In case of an IRS audit, several investors on the island use an app designed to keep track of children to record their GPS location.

A study done by a Puerto Rico government agency said Act 20 has created about 17,000 jobs for the territory, while Act 22 created about 4,400 jobs since the laws’ passage. To give a sense of scope, Puerto Rico currently has a population of 2.8 million. However, even these paltry job creation numbers are suspect. A journalist on the island said that the study was based on information provided by those who benefit from the breaks being provided. The study can’t even be verified because the source material isn’t available to the public.

In terms of getting members of the “1%” to move to Puerto Rico, Act 60 has been an incredible success. The island is the only place on the planet offering little to no taxation while still allowing Americans to hold onto their American passport. Meanwhile, clubs have formed to bring other wealthy folks to the island.

These acts might look like desperation to some, and that isn’t far from reality. Puerto Rico has struggled financially for decades. Even before Hurricane Maria, Republicans in Congress loved to insult the island and blamed the residents for its problems, but Puerto Ricans have always played against a stacked deck.

Though Puerto Ricans are U.S. citizens who pay the exact same Medicare and Social Security taxes as mainlanders do, they receive dramatically less federal funding for health care. Puerto Rico also has sky-high poverty rates, but its poorest residents can’t participate in the Earned Income Tax Credit (EITC). Puerto Rico finally did pass its own EITC last year, but it lacks the funds to implement it.

Puerto Rico is also forced to import all of its oil; residents pay the highest electricity rates in the U.S. besides Hawaii, while officials are undermining their citizens’ demand for renewable energy, like solar. Even worse, Puerto Rico suffers under a 100-year-old law called the Jones Act, which requires that only U.S. ships transfer goods through its ports, which has led to an exorbitant cost of living for its residents.

However, if one had to point a finger at the worst offender for the dire straits the island finds itself in, you need look no further than Wall Street. Hedge fund managers have pillaged Puerto Rico, forcing the island into an economic death spiral. Wall Street encouraged Puerto Rico to issue municipal bonds as a solution to their financial problems, which was great for Wall Street because the bonds are exempt from federal, state, and local taxes.

The territory’s constitution also ensures bondholder debt gets priority for funding over virtually everything else. If a municipality in Puerto Rico can’t pay a debt, they are forbidden from declaring Chapter 9 bankruptcy. This is unique to Puerto Rico thanks to a law passed by Congress in 1984. As a result, Puerto Rico has repeatedly been forced to employ severe austerity measures to pay its debts.

For example, in 2009, they were forced to fire 30,000 public sector workers. In 2015, the hedge funds demanded that Puerto Rico close 100 schools so they could get paid. That year, the island was also forced to significantly scale back health care and public transportation services, increase the sales tax by a whopping 50%, and make community credit unions take IOUs in exchange for cash.

In 2018 another restructure significantly slashed employee benefits, and just this year, Puerto Ricans are facing the prospect of losing basic services in another austerity-obsessed bankruptcy deal.

Meanwhile, hedge fund managers swoop in like vultures and buy the distressed debt on a secondary market very cheaply, then threaten legal action to get paid. The managers put a claim on the commonwealth’s revenue. The cruel irony? A lot of these wealthy investors are now living it up on the lush beaches of Puerto Rico with the explicit purpose of avoiding their own taxes, while turning the best real estate of the island into their own personal playgrounds.

John Paulson, a hedge fund billionaire, announced he was moving to Puerto Rico at a conference in Manhattan, and was blunt as to why: “It’s the only place a U.S. citizen can go and literally avoid, legally, all their taxes.”

Mark Gold, founder of the heavily investigated Ticket Clinic, put it this way at a Cocktails and Compliance party that new wealthy residents throw for themselves every year:

“I was looking at different tax havens. Andorra, Lichtenstein, Monaco. But the problem is, you have to give up your U.S. passport.

When I heard about this, it was too good to be true. But it’s real. I live in paradise. I live at the Ritz-Carlton. I drive my golf cart to the beach club for breakfast. Then I go to my sunset yoga class on the beach.”

Critics of the acts point out the island is still, almost 10 years later, mired in poverty and unemployment. Meanwhile, the inequality gap has exploded. Puerto Rico now has the highest inequality gap in the United States, which is saying a lot since the U.S. already has the highest income inequality in the Western world. Economically struggling native Puerto Ricans are justifiably livid that they are not being exempted from any tax burden while they are essentially being forced to subsidize their new super-wealthy neighbors.

The island lost almost 450,000 people in 2019, and continues to lose residents every year, even as older, wealthy mainlanders move in and snatch up valuable real estate. The new residents have taken over the nicest beaches and turned them into enclaves that drive out the locals because of the sky-high real estate prices. This has led to accusations of white mainlanders “gentrifying” the island. Some are using another name: colonization.

To the guy who asked if it was racist to pay Puerto Ricans less than an “American” to do the same job, the answer is, “Yes, it is.” Also, remind me again how exactly it’s helping to incentivize this guy to come to the island?

Sadly, the wealthy elites have a lot of power within the government in Puerto Rico, and those are who the leaders are listening to—even if it might be at the expense of the Puerto Rican people. Yet the beneficiaries are staunchly defending the commonwealth’s decision to let the wealthy slide on taxes. In the face of criticism, the wealthy settlers launched a social media campaign to defend their right to live essentially tax-free in Puerto Rico.

The current governor, Pedro Pierluisi, however, is a big fan of these acts. That’s no surprise:

An examination of the reports of the Office of the Electoral Comptroller and the Act 22 list of beneficiaries published by the Department of Economic Development and Commerce (DDEC), which showed that Miguel Romero, candidate for mayor of the Municipality of San Juan, and Pedro Pierluisi, candidate for governor, are the candidates who have received the most from these investors.

Pedro Pierluisi, the candidate, received the most donations from Act 60 supporters in this electoral cycle, raising just over $60,000.

Pierluisi’s daughter in law is a real estate agent who appears to directly benefit from Act 60. She’s even an admin for the Act 20/22 PR Real Estate Guide Facebook group that targets new wealthy investors.

It’s also significant to note that when Pierluisi was in Congress as the territory’s nonvoting representative, he became a millionaire—thanks to income received by his wife from the very Wall Street firms that tried to profit from Puerto Rico’s financial crisis.

If you Google “Act 60” or “Act 20/22” after reading this, you will be bombarded with articles and videos discussing the many tax incentives to consider in their promotions of moving to Puerto Rico. You will hear about the many benefits from hired luminaries, such as Rudy Giuliani, on how to take advantage of the island and its people. They always ask you to weigh the benefits and consider if migrating to the island is right for you. What they never ask is if it is right for Puerto Rico.