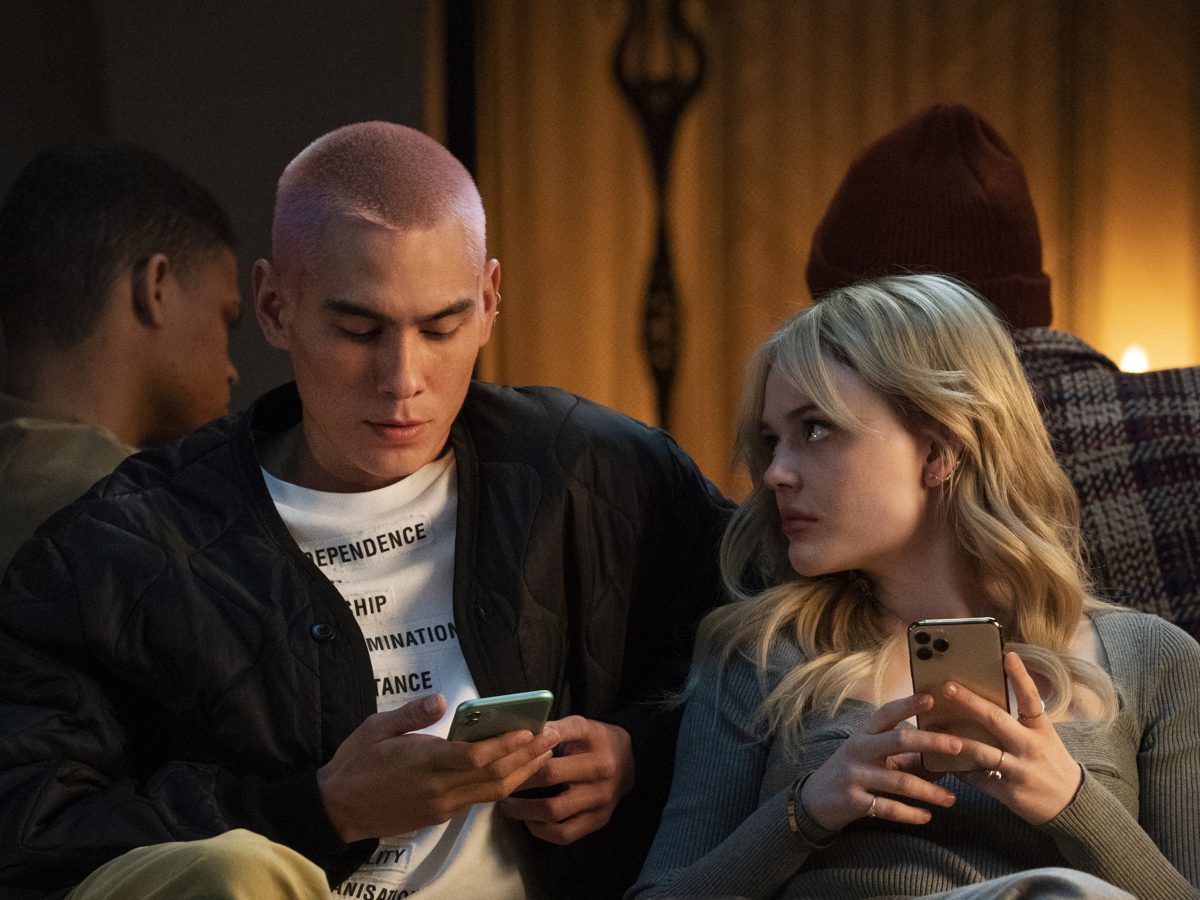 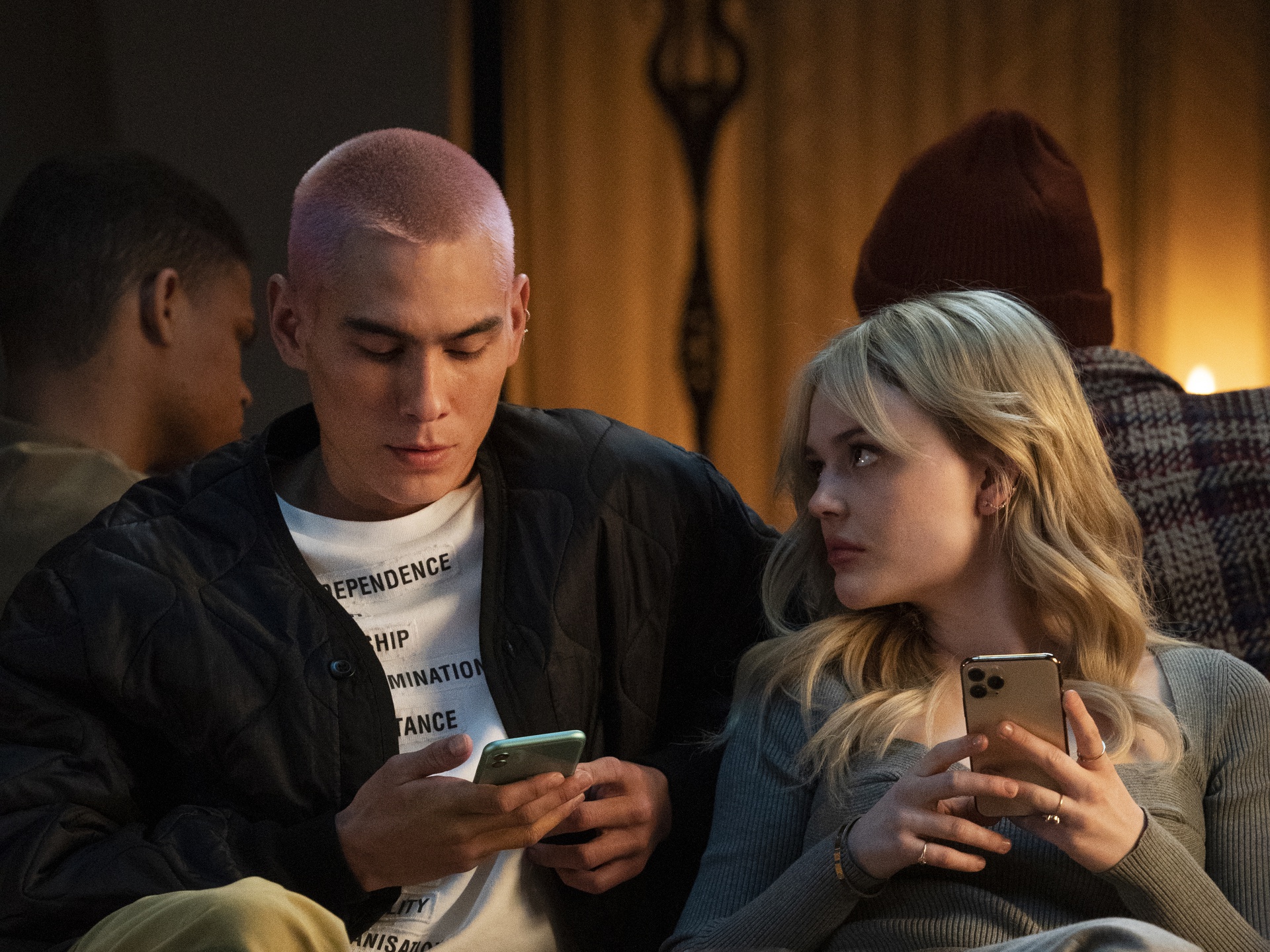 Making a reboot is challenging, especially so when characters of the original are as iconic and generation-defining as those in the original Gossip Girl.

The first half of the first season of the Gossip Girl reboot aired on HBO Max in July and will return in November. The writers faced the challenge of how to engage both the older loyal fans of the original show, which aired from 2007 to 2012, as well as new fans. They did this by updating the show to fit the modern digital media landscape and featuring characters of both age demographics. Instead of a blog, the titular Gossip Girl has an Instagram account run by a gang of frustrated millennial teachers. The queen bee of the Upper East Side private school Constance-Billard, Julien Calloway, is an influencer.

Despite efforts to update the show, the reboot falls flat where the original soared; the characters in the reboot are unmemorable. Easily the most interesting part of the reboot is its social media campaign.

In an attempt to make the bored characters of the reboot as iconic as the original, the social media team gave fans more content and access to the characters by creating Instagram accounts for the eight main characters, a Goodreads account for one, and a Letterboxd for another.

I discovered the social media campaign the way I discover anything these days, on TikTok. I watched a teenage girl excitedly explain that the Gossip Girl team had created a Goodreads account for the character Audrey Hope. Audrey is a bit like the original’s Blair, but without Blair’s power-hungry edge. At first I didn’t believe that the social team had created the account and thought for sure it was fan behavior, but upon further investigation sure enough the social team had indeed created the account for her. In the first episode Audrey’s reading Ornament and Silence: Essays on Women’s Lives from Virginia Woolf to Germaine Greer by Kennedy Fraser (which she gave five stars on her Goodreads).

Audrey’s Instagram is the most popular of all the character accounts. Her profile has over 98,000 followers and her bio reads “Partly Jane Fonda, partly Jane Austen” and includes a link to her Goodreads account. Like the other characters, her account has a handful of posts and her following list is carefully curated with accounts like @deuxmoi and @influencersinthewild which are popular among young people. The account @deuxmoi posts crowd-sourced celebrity gossip and @influencersinthewild posts videos of people posing for pictures. Her Goodreads has over 4,000 followers. Without looking at her Instagram account I would have had no idea she was a fan favorite because she’s forgettable onscreen.

Had there been a Goodreads account for Blair when I was watching the original Gossip Girl as a teenager, I certainly would have read all the books on her list and made reading them my entire personality. However, watching the reboot as an adult the accounts don’t have the same appeal as they might have to a younger, more dedicated fan.

For a taste of the scale of the campaign check out Audrey’s boyfriend, Aki’s Letterboxd account. Letterboxd is a movie centric social media platform where you can record, rate, and review movies. Aki is a queer, edgier Nate whose personality is almost entirely referencing directors like Gasper Noe, Kurosawa, and Wong Kar-Wai. His Letterboxd boasts 7,5000 followers. Over 400 movies have been logged on his account, most have been rated, and he’s even written 15 movie reviews. Logging 400 movies is quite the endeavor, I’ve only managed to log 35 on my own account.

Fascinated by the attention to detail of the campaign and the manpower needed to create and maintain all these accounts, I reached out to the director of social media on the HBO Max Originals marketing team, Anthony Cain.

“We looked to figure out a way to bring fans into the world of Gossip Girl and keep them immersed,” said Cain on the inspiration for the social media campaign. “How can we build that world up where you can go and connect with your favorite character, and it’s as though they are a real life person,” continued Cain.

The social team collaborated with the show’s writers room to make the accounts as authentic as possible.

The accounts are intended to be consumed alongside the show. “They were posting content that was either directly correlated to things happening in a specific episode, or posting things that really would later become a really cheeky Easter egg,” said Cain. “[the accounts] have become almost like a watch guide to some extent.”

The Instagram accounts respond to what happens onscreen. For example when the Instagrams launched none of the characters followed the new girl and half sister of Julien, Zoya. As Zoya’s relationships with the other characters developed they began to follow her.

The Gossip Girl social team pays close attention to detail. “These accounts were not an afterthought. Every single thing was an informed discussion of why or why not,” said Cain.

In the past fans may have created fake Instagram accounts for characters as an expression of creativity and devotion to the show. Cain took notice of fan behavior online. “When you are really deeply invested in a TV series you flock to Instagram or Twitter and you are constantly on the lookout for top accounts that are talking about the series. On a deeper level, you’re looking to find that community of people that are interested in the same things as you,” said Cain.

“Instead of driving fans all over the internet, why not just create a place for them right here in the world of Gossip Girl and allow them to immerse themselves in this world and provide them with a forum to debate the show,” he continued.

The accounts are working. They have led to organic fan engagement and more interest in the characters. For example, there are multiple Audrey Hope book club Instagram accounts and the character accounts are being talked about all over the internet.

Gossip Girl isn’t the first show to aim to engage a teenage audience in this way. In 2015 Skam, the popular Norwegian teen drama you may have watched in a Google Drive found on Tumblr, created Instagram accounts for the 12 main characters. The Skam character accounts functioned similarly to the Gossip Girl accounts and were even more popular.

The use of Instagram accounts to develop and characterize characters speaks to how social media has become such an important way to define ourselves. While these accounts are fun, one would hope that the characters are interesting and engaging enough on screen that we don’t need to see what they post on Instagram or how they rated Chungking Express.

Related video: How companies (and you) can make social media accessible for everyone