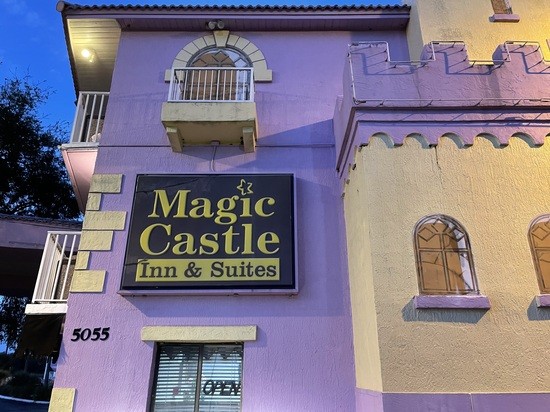 There is something that can be done. Tourism taxes—small fees levied on overnight visitors—are ubiquitous in every major city in the U.S. Most cities use them wisely. In Las Vegas, their hotel taxes go directly to funding community needs affected by the tourism industry. Portland uses the tax to fund homeless services, while Honolulu is using a portion to build a rail transit system. Most cities dedicate some portion of their tourism taxes to public services, such as the city government, education, and transportation. New York dedicates 100%, whereas New Orleans only dedicates 24%. Central Florida, however, is unique.

Although our tourism taxes hit annual nine-figure amounts, our law is written so that none of that money can go toward services for the hard-working employees—the ones who are responsible for bringing in that amount each year. In fact, the more tourism we bring in, the worse our situation gets, and the more our shadow class gets ignored. One brave state legislator is trying to change things, but will only be successful if people care enough to pay attention.

In preparing for this story, I visited the hotel featured in The Florida Project. The manager didn’t want to give his name or talk about the movie, except to tell me it was fiction. Technically, he’s correct since it tells a story with fictional characters, yet it’s based on a very real situation in Kissimmee along Route 192. In the morning, you will see school buses stopping in front of cut-rate hotels to pick up students. Employees of the theme parks, local shops, and restaurants live there with their families alongside tourists.

The particular hotel featured in the film has since phased out long-term stays, but there are plenty of other hotels nearby that still provide shelter for Orlando’s hidden labor force. The creators of the film consulted extensively with the Rev. Mary Lee Downey, who founded the Community Hope Center, also known as Hope 192. Downey said the reason families live in motels is not only because of the lack of affordable housing, but because there are huge barriers in place to prevent the most needy from obtaining that housing.

Poor credit or eviction history forbids them from renting, so they are forced to fork over a huge amount of money to live at a hotel. In some cases, the people living at these hotels, scraping by on a very low wage, are paying upward of $1,300 a month. This is more than most mortgage payments in the area. With almost all of their money tied up in making hotel payments, there is little left for food—or anything else.

Unlike having a house or renting an apartment, there are no rights for someone living out of a hotel. Hotel owners will often give less than 30 minutes to pack up everything and leave the property. If there is no car, that means leaving behind almost everything: toys, clothes, game systems, etc.

Downey said she services families that she provided services to over a decade ago, and their children come back with their children. The cycle of generational poverty is tragic, especially since this problem has been known for decades. CBS’s 60 Minutes ran a story on the tragedy of Orlando’s homeless children, and it seemed to temporarily shock the nation. A social worker featured in the piece said she received at least 10 phone calls an hour after the story aired, because people were “shocked” and “moved.” That was over 10 years ago. Our leaders did nothing.

The voters of Florida, however, did step up. They did an end run around our legislators by supporting a constitutional amendment to finally raise the minimum wage with a supermajority of over 60% in November of last year. (In Florida, constitutional amendments are the only avenue for Floridians to bypass the legislature.) As usual, our voters consistently support liberal causes despite voting right-wing legislators into office. Unfortunately, Republicans have become very adept at sabotaging the will of the voter by implementing massive restrictions on these amendments.

They made the voting rights for the released felon amendment cost-prohibitive for most, diverted the funds from the environmental program amendment, and banned patients from smoking marijuana after the medical marijuana amendment passed. For the minimum wage amendment, Republican lawmakers are already working on a referendum that will exempt many workers from the new minimum wage, including people defined as “hard-to-hire employees,” although the bill won’t define what that means.

The tourist tax, on the other hand, isn’t a question of costing any business more money—it’s just a question of allocation. The tourist tax here was enacted almost 40 years ago, and has grown from requiring a 2% tax to a 6% tax on hotel rooms. In 2021, for Orange County, Florida, the tourist tax is on track to bring in over $175 million. A small portion of that money could be used to help alleviate our crisis with affordable housing or public transportation. Yet not only have tourism executives kept the funds for themselves, they ensured that compliant lawmakers forbid that money from going to where it’s most needed, even if the issues are directly related to tourism.

Up until 2018, the tourist tax could only be spent on tourist promotion: billboards, television advertisement, and stadium/convention center expansion. The hotel lobbyists were adamant that workers get nothing. Florida’s Republican state legislature agreed with them. Coincidentally, the tourism industry is a large donor to the campaigns of state legislators.

In 2018, after years of public outcry, that law was slightly modified to allow spending on certain infrastructure, such as roads, as long as it “supports tourism.” However, during the final week of legislation, a provision was snuck into the bill that said that could only happen if 40% of the money is used for tourism-like advertisements. This was a directive from the Central Florida Hotel and Lodging Association. Disney has showered the sponsor of that amendment, Republican Sen. Kelli Stargel, with tens of thousands in campaign contributions and “freebies.”

The employees who make the hotel industry successful never asked for anything radical like a fair minimum wage, which they knew our legislature would never do for them on their own. They are most desperate for transportation, sanitation facilities, and affordable housing. Besides being humane, having frequent, reliable public transportation and affordable housing for workers making slave wages would definitely improve tourism in the area. Less desperate workers are better, happier workers; and there would be a lot less turnover. As a bonus, the area would be much more safe.

It makes one wonder why the hospitality industry fights this so much. Why wouldn’t they want tax dollars invested in their own employees instead of buying more useless, tacky billboards? The return on investment would surely go a long way to solving this major problem. I’m certain a state-run study would show this to be the case, which I suspect is why one has never been done before. Lawmakers here know better than to upset their donors, and the Florida Chamber of Commerce, which is dead set against any tampering of the tourist tax, happens to be the single biggest contributor to the Florida GOP.

Unfortunately, the Florida media outside Orlando doesn’t push this issue. In fact, several newspapers are happy to feature mouthpieces for the tourism industry, so you get garbage arguments like this one in the Tallahassee Democrat, or this one from Miami Today. Their main justification is that it’s plain wrong to use the tourism tax on anything besides promotion of tourism, and that includes helping the workers. Also, by the way, why do you hate tourism and America? Wendy Kallergis, president of the Miami Beaches Hotel Association, summed up their mindset perfectly with her direct attack: “It’s not the state’s money to play with, it’s OUR money!”

Democratic State Rep. Anna Eskamani is fighting back. She recently filed HB 6075 to allow local communities to identify the tourism-related projects to focus on, which can include affordable housing and transportation. For a state legislature and governor who made Florida famous by opposing “mandates,” you’d think this would get more support. In fact, the legislation is so benign that the tourism lobbyists would still be able to lean on state legislators to get their way, but at the very least, legislators would simply no longer be forbidden from using the funds to help the industry’s underpaid employees.

I can accept the argument that a tourist tax shouldn’t be used ad hoc to fix all the communities’ ills, but the poverty in Orlando is directly exacerbated by the tourism industry with their insistence on substandard wages. It makes sense to expand the permissible expenditures of a tourist tax to help fund the bare minimum so the industry’s workers can safely get to work and survive.

I should mention that Orlando is already one of the largest tourist destinations in the entire world. We hit market saturation decades ago. Seven of our parks are the most visited in the entire world. Our airport is one of the busiest in the nation. So it’s a fair question to ask: How many more billboards do we really freaking need? Our convention center is already the second largest in the entire nation, so how much more expansion can we possibly do? Why is investing in tourism workers so controversial? It’s needed, it’s directly related to tourism, and we can definitely afford it.

At the end of the day, it’s not about logic, finance, or even morality. It’s the toxic corporate culture that has affected so many industries, and the tourism industry is no exception. The truth is that tourism executives simply don’t view workers as assets. Seeing the deplorable conditions some of the workers are forced to live in, I wonder if these executives even see them as human. To them, they are undeserving, contemptible expenditures on a balance sheet. As long as Florida elects politicians that kowtow to them, this will continue to be the case, no matter how many stories get written or films get made.