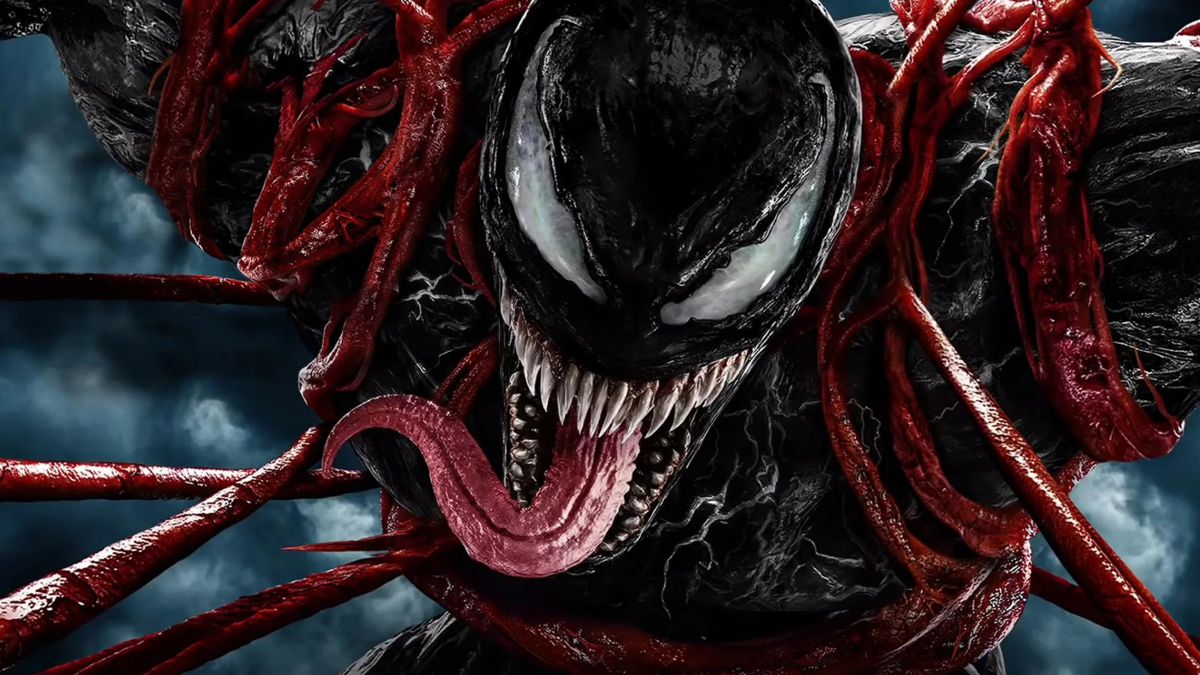 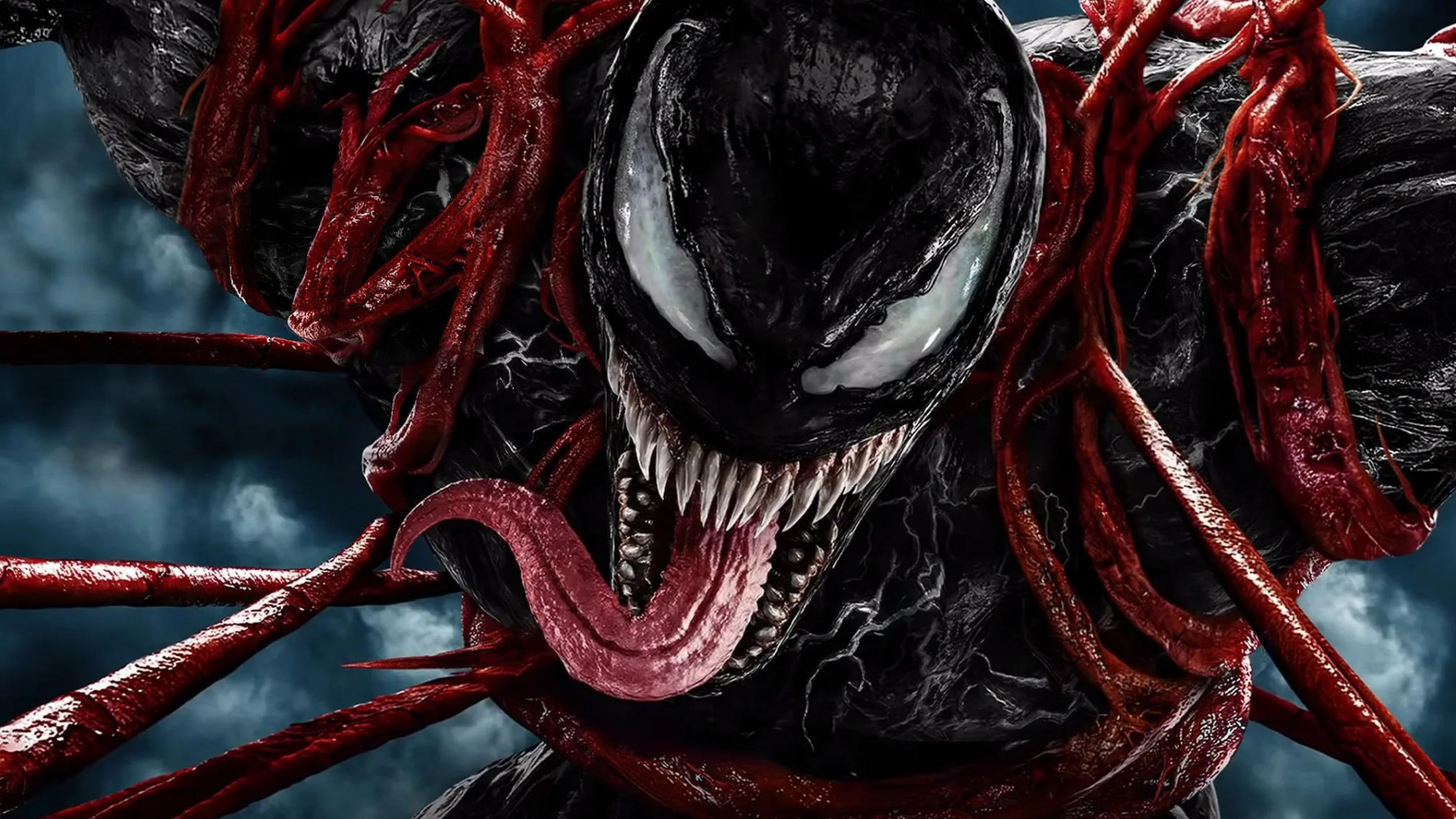 We’ve reached a point in society where standing up and leaving right after a movie ends is considered weird and contextually irresponsible. Nowadays, the odds of a movie having a mid or post-credit scene are fairly high. Sure, some of those scenes are silly hat tips or extended jokes, but others are so monumental to the plot that skipping them is almost as bad as not seeing the movie at all. Venom: Let There Be Carnage has a mid-credit scene that might go down as one of the biggest game-changers in superhero movie history. So if you missed that one, yikes. If you didn’t, the time to start freaking out is now.

The mid-credit scene of Venom: Let There Be Carnage finds Eddie and Venom chilling in a hotel room having a spirited discussion about the emotional arc of a telenovela — classic symbiotic bro stuff. Venom thinks the lady on TV isn’t validating her lover’s feelings, but Eddie defends her reaction because said lover kept a huge secret from her. Venom responds with the cryptic statement “We all have a past, Eddie,” and all Marvel hell breaks loose.

Venom offers to show Eddie “a sample of what we know,” and phases through cinematic realities to transport the two of them from the universe where Venom takes place to Earth 1-99999, a.k.a the Marvel Cinematic Universe. Their hotel room changes around them, as does what they’re watching on TV; instead of a telenovela, J.K. Simmons’ J. Jonah Jameson rails against Tom Holland’s Spider-Man in a news story reminiscent of the post-credit scene in Spider-Man: Far From Home. Jameson identifies Spider-Man as Peter Parker, a high school kid from Queens, and Venom has an interesting reaction to the news.

“I hate that guy,” Venom growls when he sees Spider-Man. He does, however, admit that his comic book nemesis “looks tasty” before he uh…licks the TV screen. Then the scene ends. It’s weird, it’s a lot, and it indicates the seemingly impossible truth that Tom Hardy’s Venom will make his MCU debut in Spider-Man: No Way Home.

This isn’t supposed to happen yet for like, a billion legal reasons. Sony owns the rights to Spider-Man and most of his rogue’s gallery. Those rights allowed Sony to make the Sam Raimi Spider-Man trilogy, The Amazing Spider-Man movies, the animated Spider-Man: Into the Spider-Verse, the current Venom duology, and the upcoming Morbius. Spider-Man only appears in the Disney-owned MCU because of a deal between the two companies that basically lends the web-slinger as needed. Otherwise, there has been no crossover between the Spidey of the MCU and Sony’s Spidey-adjacent universe.

“No Way Home” hype aside, the in-universe how of Venom and Eddie appearing in the MCU has fascinating implications.

That deal has obviously gotten more complicated since the trailer for Disney’s Spider-Man: No Way Home featured Alfred Molina’s Doctor Otto Octavius from Sony’s Spider-Man 2. There are also credible rumors that Tobey Maguire and Andrew Garfield, who both played Peter Parker in earlier Sony movies, will join Tom Holland for No Way Home. It’s likely that the legal gymnastics required to pull off a live-action Spider-verse have all worked out, and No Way Home will be the MCU’s live-action introduction to the Marvel multiverse. (Well, sort of. Shang-Chi and the Legend of the Ten Rings technically got there first.) Yet even knowing all of that, Venom is a huge surprise.

No Way Home hype aside, the in-universe how of Venom and Eddie appearing in the MCU has fascinating implications. Venom presents the multiversal travel as him showing Eddie “a sample of what we know,” with that “we” referring to the hivemind that is the Venom symbiote. He also appears to already know Spider-Man, even though neither Eddie nor Venom have met him. This implies that the Venom symbiote is a multiversal being, with different aspects of the symbiote existing in separate universes while retaining their identity as a hivemind. This multiversal “Venom plural” shares knowledge and memories and can hop between universes because they are fundamentally the same being living across different realities.

Simply put, “we are Venom” does not only apply to Eddie, his symbiote, and the other symbiotes in the Venom movies. “We are Venom” means all Venoms in all universes. For example, the Venom symbiote Tobey Maguire’s Spider-Man encounters in Spider-Man 3 is not a different character despite appearing in a different movie series. That was this Venom, or at least a part of his hivemind. If Maguire’s Spidey does show up in No Way Home, it’s possible that the unfortunate (from everyone’s perspective) events of Spider-Man 3 are the “past” Venom refers to in his argument with Eddie.

Spider-Man: No Way Home was already going to be a bonkers movie that somehow ties together the entire cinematic legacy of Spider-Man. This mid-credit scene ups the ante by showing just how dedicated Sony and Disney are to creating a multiverse that rewards literal decades of Spider-fandom. Now that Tom Hardy’s Venom is coming to the MCU, everyone should be prepared to let there be (even more) carnage.

Venom: Let There Be Carnage is in theaters.