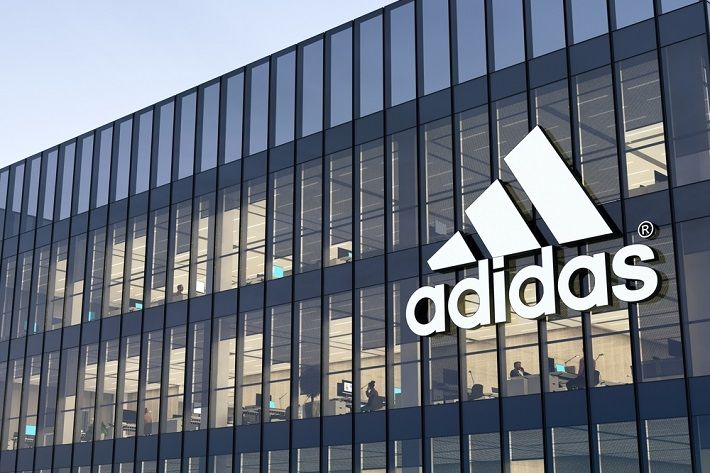 German sportswear brand Adidas expects currency-neutral revenues to grow at a mid- to high-single-digit rate in financial year 2022 (FY22) (previously: at the lower end of the 11-13 per cent range) due to slower recovery in Greater China and potential slowdown in other markets.

Because of the less favourable market mix due to lower-than-expected revenues in Greater China as well as the impact from initiatives to clear excess inventories in this market until the end of the year, the company’s gross margin is now expected to be around 49 per cent in 2022 (previously: around 50.7 per cent).

German sportswear brand Adidas expects currency-neutral revenues to grow at a mid- to high-single-digit rate in financial year 2022 (FY22) (previously: at the lower end of the 11-13 per cent range) due to slower recovery in Greater China and potential slowdown in other markets. The gross margin is expected to be around 49 per cent in 2022.

Consequently, the company’s operating margin is now forecast to be around 7 per cent in 2022 (previously: around 9.4 per cent) and net income from continuing operations is expected to reach a level of around €1.3 billion (previously: at the lower end of the €1.8-1.9 billion range).

While second quarter results were somewhat ahead of expectations reflecting continued strong momentum in Western markets and a return to growth in Asia-Pacific, the company has been experiencing a slower-than-expected recovery in its business in Greater China since the start of the third quarter (Q3), the company said in a media release.

Previously, the company had assumed that in absence of any major lockdowns as of Q3, currency-neutral revenues in the region would be flat during the second half of the year versus the prior year level. However, given the continued widespread COVID-19-related restrictions, Adidas now expects revenues in Greater China to decline at a double-digit rate during the remainder of the year.

So far, the company did not experience a meaningful slowdown in the sell-through of its products or significant cancellations of wholesale orders in any other market. Nevertheless, the adjusted guidance also accounts for a potential slowdown of consumer spending in these markets during the second half of the year as a result of the more challenging macroeconomic conditions.

Despite these headwinds, Adidas continues to expect double-digit revenue growth during the second half of the year for the total company. In addition to easier prior year comparables, the acceleration will be driven by Adidas’ strong product pipeline, the restocking opportunity with its wholesale customers given unconstrained supply as well as the support from major sporting events.

Based on preliminary numbers, Adidas’ currency-neutral revenues grew 4 per cent during the second quarter. This increase was driven by strong double-digit growth in North America and Latin America, high-single-digit growth in EMEA (also double-digit growth excluding negative Russia/CIS impact) as well as a return to growth in Asia-Pacific. In euro terms, sales increased 10 per cent to €5.596 billion. The company’s gross margin declined 1.5 percentage points to a level of 50.3 per cent and operating margin reached 7 per cent during the second quarter (2021: 10.7 per cent). Net income from continuing operations was €360 million in Q2 (2021: €387 million) supported by a one-time tax benefit of more than €100 million due to the reversal of a prior year provision.