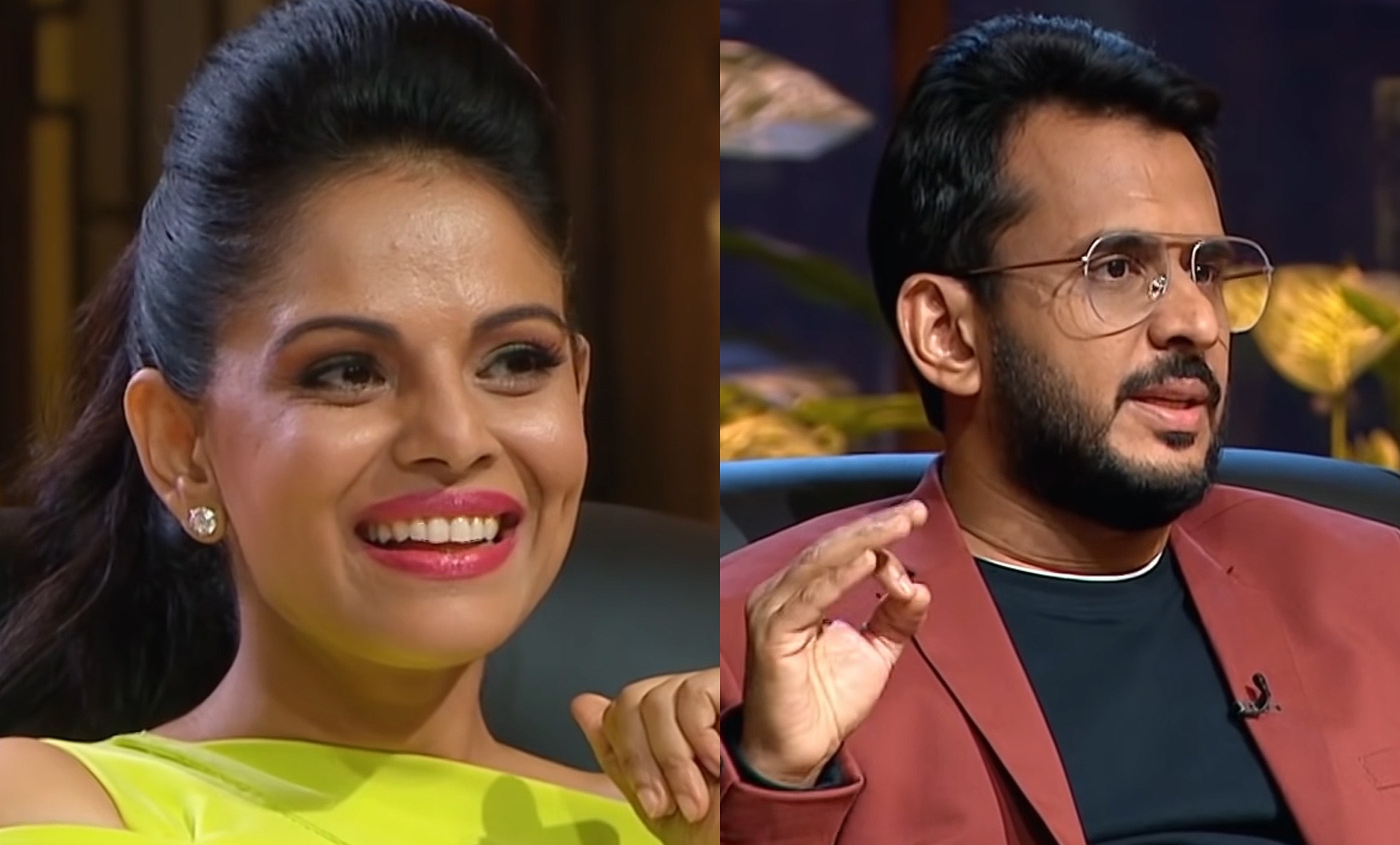 Who would have thought that a desi version of the popular American show Shark Tank would gain so much of fame in India and people would love it even after the first season ended a month back. The Shark Tank India show has received tons of appreciation as it helped a lot of budding entrepreneurs shape their business ideas. The seven sharks that took part as the judges in this show became social media stars overnight and they are not less than the celebrities in this country.

Boat co-founder Aman Gupta and Emcure Executive Director Namita Thapar, who were also the sharks in the Shark Tank India show, spoke about how this Indian reality show brought them into the “limelight”. Both the sharks revealed that they were asked to wear the same wardrobe for many days to continue the shoot. They also added that they were ready to change the wardrobe by spending their own money; however, the makers of the show didn’t allow them to do so.

Aman Gupta during an interview with Sahil Shah, Tanmay Bhat and Rohan Joshi, said that they used to wear the same clothes for a few days so that the makers could mix and use the shoots anywhere. After Namita Thapar interrupted him by saying “stop being nice”, the Boat co-founder revealed that the biggest regret that they have from the show is that they had to wear the same clothes for many days.

Namita also joined the conversation as she said that whenever they used to go to the makers of the Shark Tank India reality show to change their clothes, they used to get a reply that this is because of the “global franchise SOP” and they were not allowed to wear different clothes despite offering their own money.

SEE ALSO: ‘Shark Tank India’: Shark Anupam Mittal reveals That He Made Deals “Getting Caught Up In FOMO”; Regrets It Later