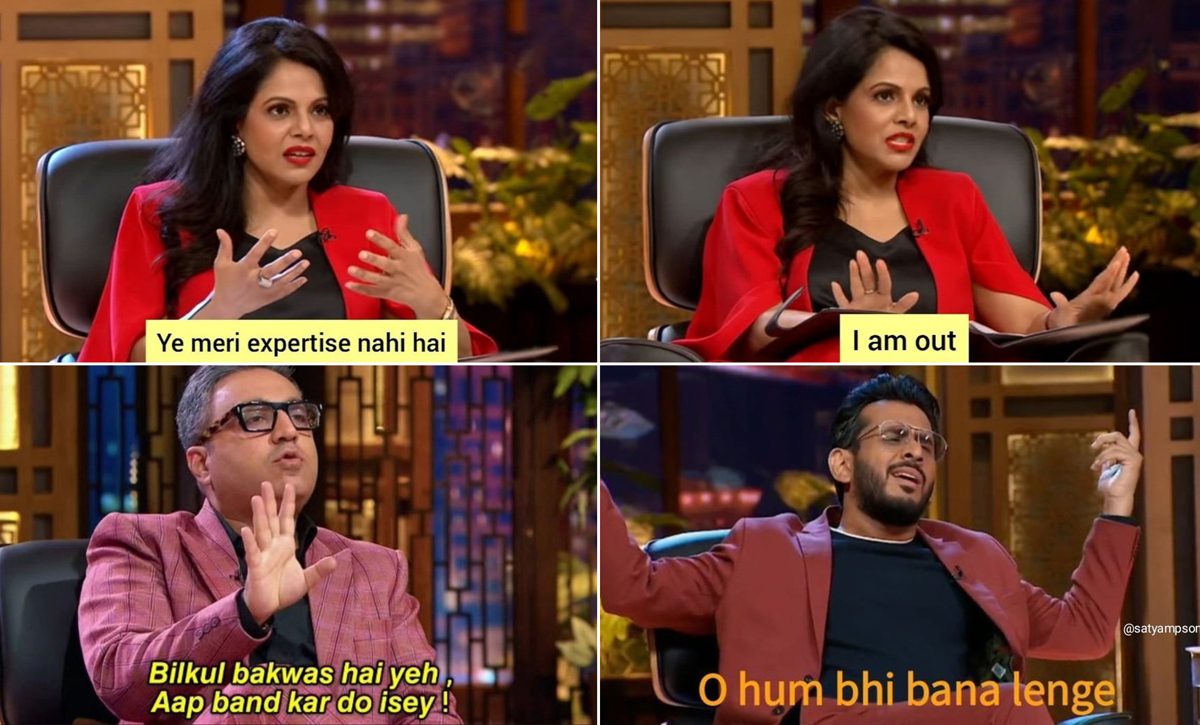 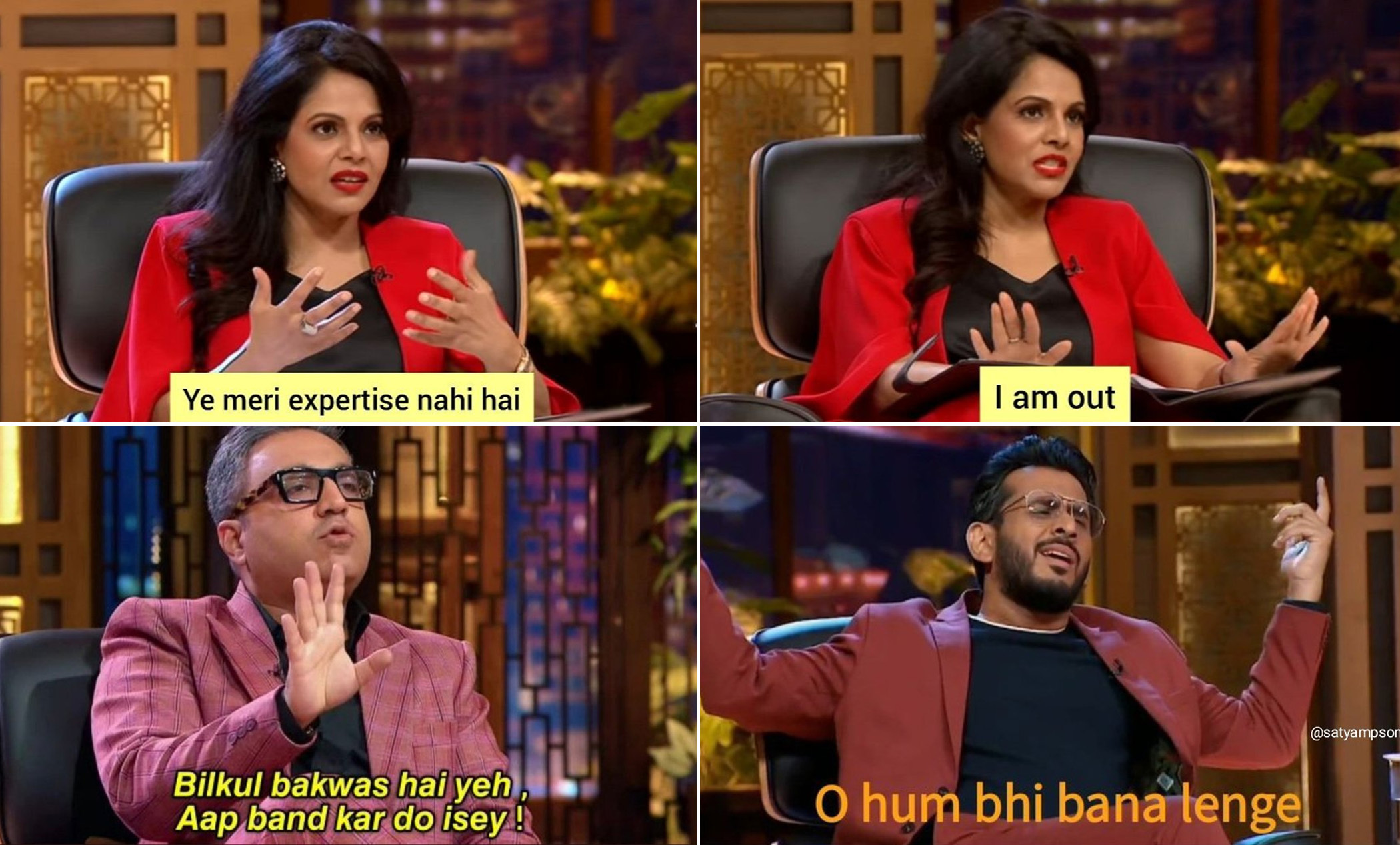 Sony LIV has managed to hit the bull’s eye with their recently launched reality business show ‘Shark Tank India’. Inspired by the US version of ‘Shark Tank’ which is currently in its 13th season, the desi-version has become an instant hit with the audience as it continues to gain momentum on the internet. Despite mixed reviews, the show’s popularity seems to be reaching newer heights each day, and given the trend, ‘Shark Tank India’ has turned into the latest fodder for memes which have been making rounds on various social platforms.

While the entertainment, drama and innovative ideas presented by participants are sure to keep you on the edge of your seats, it’s the judges/sharks who have managed to strike a chord with the audience. While a few have courted a few controversies, others grabbed everyone’s attention with their attitude, comments and feedback.

SEE ALSO: From Ashneer Grover To Aman Gupta; Here’s The Net Worth Of The Sharks In ‘Shark Tank’ India

Needless to say, like every other popular thing on the internet, ‘Shark Tank India’ has also turned into meme-fodder. And with the reality business show gaining momentum and becoming the topic of discussion online, the memes and reactions too have started making rounds on the internet. Check out a few hilarious ones here:

Worst he could say is “Sorry I can’t invest.”
Meanwhile Ashneer : #SharkTankIndia pic.twitter.com/JAnfYnj34C

#SharkTankIndia judges when they want to combine and give an offer pic.twitter.com/FZlfU28SBe

When Ashneer Grover doesn’t like a pitch on #SharkTankIndia

In addition to the trending memes and hilarious reactions floating on the internet, popular Indian comics like Biswa Kalyan Rath, Mallika Dua and others have also shared funny posts mimicking the judges, also known as sharks on the show. And given the response that these posts are receiving, ‘Shark Tank India’ has successfully managed to introduce the audience to the reality show based on start-up culture.