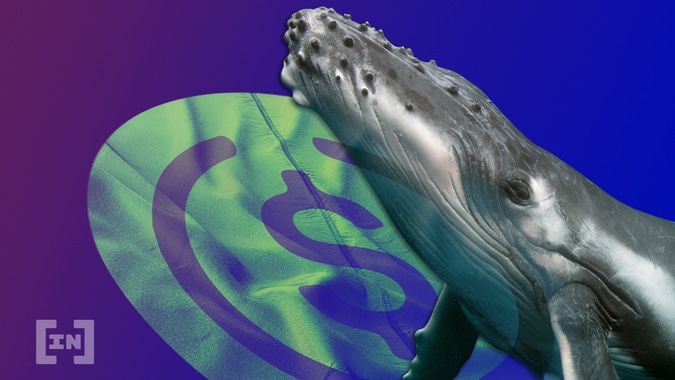 This story originally appeared on be[IN]crypto

Circle is under investigation by the SEC, as the firm reveals it was issued a subpoena by the regulatory body in July 2021.

The United States Securities and Exchange Commission has subpoenaed USD Coin (USDC) issuer Circle, according to a filing on the SEC website. This is different from the investigation relating to Circle after the SEC issued a $10 million fine for the lack of registration of its subsidiary Poloniex. Circle first received the notice from the SEC in July 2021, but the firm only revealed it this month.

Circle under the microscope

Circle has already commented on the matter, saying that it will fully cooperate with the SEC. The firm will have to provide “documents and information regarding certain of our holdings, customer programs, and operations.” It doesn’t offer too much in the way of details concerning the nature of the investigation.

The subpoena arrived soon after Circle released its yield product, Circle Yield. There is nothing to suggest that this is the motivator of the subpoena, but the SEC has been focused on restraining such products in recent times.

Circle has been making an effort to ensure that its finances are transparent, besides taking steps to ensure regulatory compliance. That hasn’t stopped the company from carrying out its plans. Circle announced in early August 2021 that it had applied to be a federally chartered bank.

Stablecoins seem to be a target for regulators, many of whom, like the U.S. Treasury, have already begun work on scrutinizing the sector. It will be a major priority for U.S. authorities, who have begun a much larger effort into regulating the crypto market.

The SEC is not pulling any punches when it comes to the crypto market. Particularly in the past year, the agency has begun multiple investigations and is more closely examining the crypto market. The Ripple lawsuit, one of the most protracted cases in the market, has most of the spotlight, but the SEC is not letting any project or platform slip under the radar.

Coinbase, which stole the show in 2021 for its public listing, is also coming under fire from the regulatory body. The San Francisco-based exchange has dropped its idea for a lending platform after the SEC indicated that it could be a violation of securities laws. Such acts are rising in frequency in the market, as these entities fear heavy fines, or worse (though unlikely), criminal charges.

Stablecoins are a concern for lawmakers the world over, who fear that the use of these fiat-linked assets could negatively affect national currencies. The U.S., however, is among the most concerned, and to that end, is putting a much larger focus on its regulation.

This story was seen first on BeInCrypto