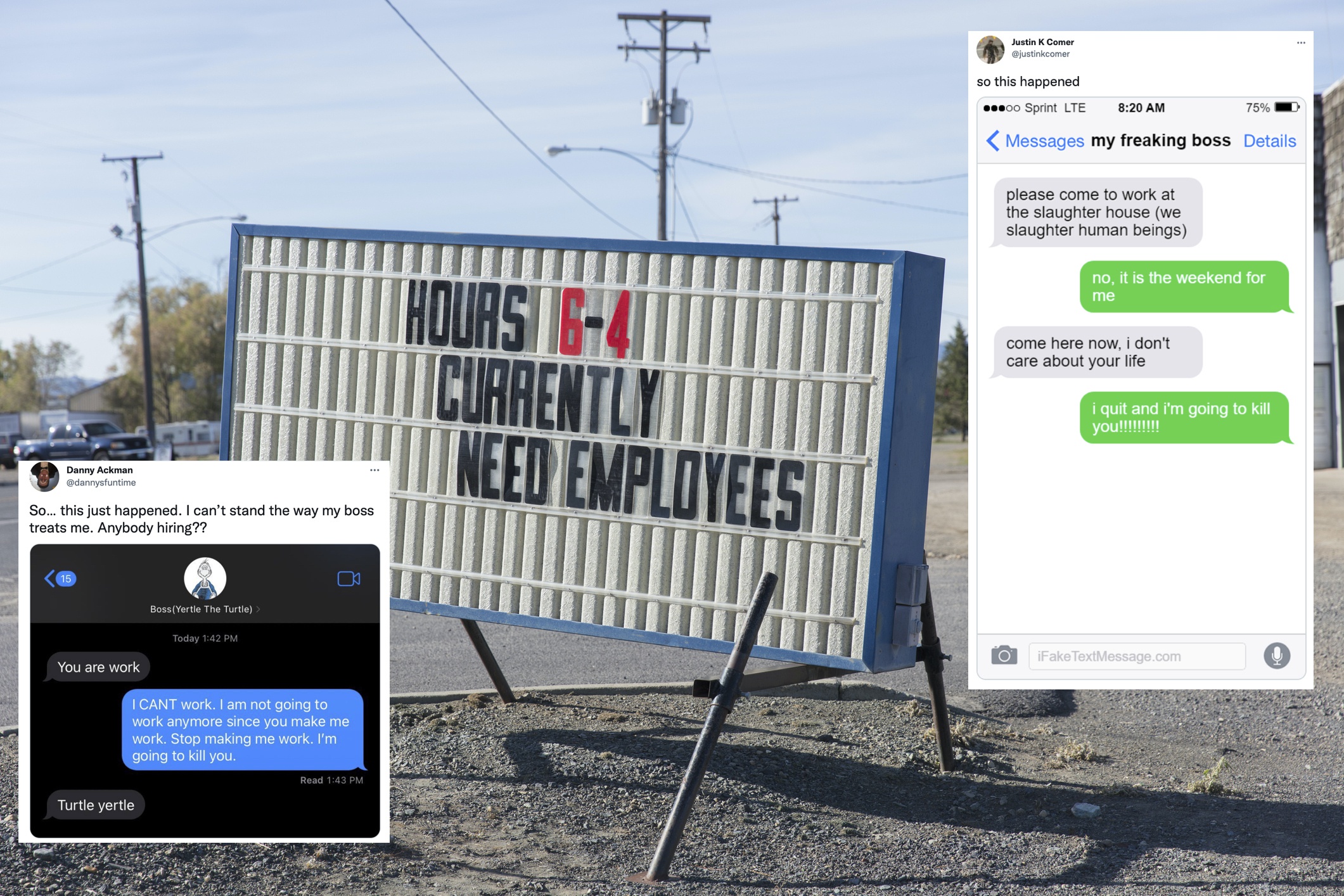 You must have heard by now: there’s a labor shortage, and not all bosses are acting like it.

Take a peek at the subreddit r/antiwork and you’ll see more than 700,000 members have joined the group over the past two years, according to Business Insider. It’s mirroring a trend across the nation.

The shortage is one of the many effects the COVID-19 pandemic has had on the economy. It’s giving workers more opportunities and has led to what economists are calling the “Great Resignation,” with millions of workers nationwide leaving their jobs. Data from the Bureau of Labor Statistics shows that more workers are willing to walk away from their jobs, and the U.S. Labor Department’s monthly Job Openings and Labor Turnover Survey shows that there were 10.4 million job openings in August while the number of people quitting their jobs hit 4.3 million — that’s the highest level on record, according to CNBC.

On the r/antiwork subreddit, some workers have been posting screenshots of text exchanges in which they tell their bosses they’re quitting. It spans from the banal to the extreme, and it led to a whole host of folks creating what we can only assume are very obviously fake exchanges between people and their freaking bosses.

All jokes aside, this also comes amid a national unionization movement across industries in a fight for better treatment. From Deere & Co.’s factories to nurses, workers are demanding more time off, higher pay, and better benefits from their jobs because, with a labor shortage, they can. The month has even been dubbed “Striketober.”