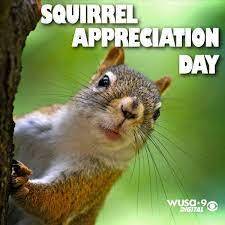 You are now below the fold. You fool. You poor, poor fool.

“An ex-girlfriend of Republican congressman Matt Gaetz reportedly testified yesterday before a grand jury. After being thanked for cooperating, she said, ‘Hey, anything to get out of gym class.'”
—Seth Meyers

“The CDC now recommends the Pfizer booster for children as young as 12. Unless you misbehave—then you’re getting Johnson & Johnson.”|
—Jimmy Fallon

I tried doing a “dry January” but as usual my constant, insatiable craving for grain alcohol was far too powerful. Oh well.
—Conan O’Brien via twitter

And one year ago…

“President Trump was impeached today for a second time. Or as Fox News reported it: Fun rainy-day crafts to do with your grandkids!”
—Seth Meyers

Note: If you’re preparing a glass of your own pee to fight Covid-19, add a lime twist and a little paper umbrella to zazz it up. Or serve in a metal cup and add a sprig of mint. Or even try…a crazy straw!  Whatever you choose, be creative and have fun. This is your me-time. —Dept. of Tinkle Services

Increase in federal revenue during the third quarter versus last year: 30.1%

Years since the federal deficit was as small as it was in December: 2

Number of additional National Guard members being sent to help Maine hospitals deal with the unvaccinated idiots clogging up our hospitals in record numbers: 169

Number of presidents who didn’t swear their oath of office on a Bible (J.Q. Adams, T. Roosevelt): 2

Number of English words besides “dreamt” (and its derivatives) that end in “mt”: 0

Particles of fog it takes to fill a teaspoon, according to the internet: 7 billion

Puppy Pic of the Day: Best seat in the house…

CHEERS to protection from Cyber Ninja attacks. After witnessing the seizure and desecration of Arizona‘s election apparatus by a bunch of mysterious right-wing grifters hired by Republican legislators desperate to ensure that no Democrat wins in the state ever again, Maine state Representative Teresa Pierce has drafted a plan to make sure it never happens up here:

Supporters of the bill said it would clarify the chain of custody for ballots and voting machines to make sure it’s clear who is allowed to legally possess them. …

Secretary of State Shenna Bellows testified in favor of the bill on Wednesday. She said the proposal is “a safeguard against election subversion.”

The bill would prevent voting machines or ballots from being turned over to individuals or groups with partisan agendas, supporters of the proposal said. It’s slated to receive a work session in front of a legislative committee in the upcoming weeks.

There’s also a proposal from Maine’s municipal clerks to up the penalties for harassing election workers, meaning the delusional right-wing glue sniffers who have made a spectator sport out of screaming conspiracy theories and death threats at them. The penalty would be raised from the current one year in jail to five. I like the odds of both measures passing. They’re sensible, necessary and, most of all, Kyrsten Sinema doesn’t live here.

CHEERS to rolling up the bad guys. Jumping into the cab of his giant up-armored snowplow, Attorney General Merrick “Smile When You Say That” Garland hit the gas and turned the secret lair of the Republican terrorist Oath Keepers gang to rubble yesterday, then handed the evildoers over to a grand jury by the scruff of the neck and said, “Let’s do some good!”

Stewart Rhodes, founder of the far-right militia the Oath Keepers, has been indicted and arrested for his organization’s involvement in planning the Jan. 6 attack. […]

Rhodes and the 10 other individuals were charged with “seditious conspiracy and other charges for crimes” related to the breach of the Capitol on Jan. 6, said the DOJ.

The defendants conspired in a variety of ways, including organizing into teams that were “prepared and willing to use force and to transport firearms and ammunition into Washington, D.C.,” the DOJ said, citing the indictment. Rhodes had put out a call on the group’s website in the days before the attack for “all patriots who can be in DC” to travel to Washington for a “security mission” to “stand tall in support of President Trump’s fight.”

Rhodes and his gang will spend up to twenty years in prison or however long it takes for the next Republican president to pardon them on Day 1, whichever comes first.

CHEERS to stopping with all the shooting and the banging and the bayoneting and whatnot. 238 years ago today, on January 14, 1784, Congress ratified the Treaty of Paris, officially ending our War of Independence:

The American negotiators were joined by Henry Laurens two days before the preliminary articles of peace were signed on November 30, 1782. The Treaty of Paris, formally ending the war, was not signed until September 3, 1783. The Continental Congress, which was temporarily situated in Annapolis, Maryland, at the time, ratified the Treaty of Paris on January 14, 1784.

Among the other provisions we secured from Britain: recognition of our borders, repairs to all the airports they damaged, and royalty-free Benny Hill reruns.

JEERS to messing with The Precious.  On Sunday’s date in 1919, the tenacious temperance twits in Wyoming became the last ones necessary to ratify Prohibition, which went into effect on January 16, 1920…in the name, of course, of Jeeeeeezus. As a lapsed Episcopalian, I’d like to apologize for this on behalf of all my brethren and sistren:

The anti-Prohibition groups, or “wets”, tended to be mostly Roman Catholic, Episcopalian and Lutherans from Germany. Both major political parties had wet and dry factions.

[W]hen Congress convened in January, 1917, the mandate was clear: regardless of party, dries outnumbered wets in Congress by 2-to-1.

The result: a huge spike in organized crime.  The stock market crash of 1929 led to the eventual repeal of the 18th amendment on the premise that reviving the legit liquor industry would create jobs.  So you might say that in a weird way the banksters toppled the gangsters. (Although, like today, it took authorities awhile to figure out who was who.)

CHEERS to home vegetation. Here’s some of the haps on the squawk box this weekend, starting with Chris Hayes, Rachel Maddow, and Lawrence O’Donnell processing the Friday news dumps on MSNBC. Or you can catch a new edition of Penn & Teller: Fool Us at 8 on the CW, while CBS airs a new episode of Undercover Boss.

The new movies and home videos are all reviewed here at Rotten Tomatoes. The NBA schedule is here, the NFL schedule is here, the NHL schedule is here (assuming they’re not canceled by Omicron).  New Whose Line Is It Anyway airs tomorrow at 8 on the CW.  Ariana Debose (West Side Story) hosts SNL (assuming they don’t bag it because of Omicron).  Sunday on 60 Minutes: country music star Chris Stapleton on songwriting, and a look back at the betrayal of Anne Frank’s family in 1945. And our night ends at 10 when HBO airs a new episode of The Righteous Gemstones. Or as I call them: the grifters that keeps on grifting.

CHEERS to proving the dummy wrong.  Twelve years ago today I got an URGENT email from some conservative hack who wanted me to know something very important.  It’s—as most of these conspiratorial screeds are—very long, but here’s the Crazy Clifs Notes version.  Being a fan of alliteration, the first sentence gave me goosebumps:

Let’s be clear, Kos is taking money from democrats to doctor opinion polls and the boot-lickers and sycophants that support Kos are afraid to challenge Kos.  Remember, dissenting opinion, debate and argument are not allowed on the Kos web site.  If you disagree with Kos you are not allowed to post articles on the democrat funded Kos web site so none of the information regarding doctored Kos polls and other Kos lies will ever appear on his web site.  Much like the low rated Olbermann program, dissent on the ‘DailyKos’ is forbidden!

The evidence and history of the phony doctored polls on the democrat funded DailyKos irrefutable and striking, unfortunately the anonymous so-called writers that post stories on Kos are not allowed to criticize him or they’ll be banned for life.

And this is where yours truly takes the “democrat funded” risk of a lifetime—as I do every year at this time—by stepping off the ledge and testing the emailer’s grand theory.  As a Daily Kos “bootlicker” this is difficult, but here goes: Markos, you are a butthead.  The rest…is in God’s hands.  Please pray for my soul.